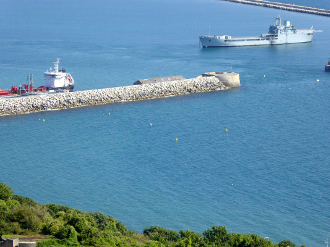 Balaclava Bay is a bay outside the south-east region of Portland Harbour and the seaward side of the inner breakwater arm. The bay's shoreline is within the boundaries of Portland Port and is not accessible to the public, but the bay itself is frequently visited by leisure boats, kayaks and divers. In 2018, an underwater curiosity park was established at the bay for the use of divers. The bay is home to an array of marine life, including scallop, crabs and bass.

Background
Balaclava Bay was formed when Portland Roads was transformed into a harbour of refuge with the building of two breakwater arms from 1849 to 1872. The bay was named after the Battle of Balaclava, which was part of the Siege of Sevastopol during the Crimean War in 1854.

One of the earliest developments on the land overlooking the bay from the south were the Breakwater Cottages. These were erected in the 1850s to accommodate some of the breakwater works' labourers/skilled workers and their families. In 1866, the cottages were taken over by the Admiralty for use as the Balaclava Coastguard Station. One cottage was demolished and a new one built in 1876. The station remained in use until 1910 and the cottages then became quarters for the Metropolitan Police attached to Portland's dockyard. The cottages were demolished in the 1950s.

The area to the west, directly behind the bay's small beach, saw gradual development and evolution from the mid-19th century onwards as it formed part of the Royal Navy's dockyard and naval base. By 1904, some of the buildings within the beach vicinity included stores, an office, workshops and a coastguard boat house. To the south of these buildings were the substantially larger Admiralty slaughterhouses, which were later converted and extended to form premises for Portland's experimental anti-submarine work. The premises were known as the ASDIC Research and Development Unit of HMS Osprey from 1927 and the HM Underwater Detection Establishment from 1947 (which itself was incorporated into the Admiralty Underwater Weapons Establishment in 1960).

Owing to the unstable nature of East Weare, south of Balaclava Bay, proposals were made in 1874 to build a sea wall running from the bay towards King's Pier. The wall was constructed using convict labour between 1875 and 1881, complete with a promenade on top to provide improved access to the naval rifle ranges in the area. The wall still survives today but is not accessible to the public.

During World War II, a number of anti-invasion measures were installed at Balaclava Bay in 1940. A line of stone boulders were laid offshore, acting as an anti-landing obstacle, while on the shore a minefield was laid, made up of heavy beach mines known as mine 'B', type 'C'. The minefield was cleared by 1946, but the anti-landing obstacle still survives today, though some stones have moved from their original positions.

Wrecks
A number of shipwrecks and incidents were seen at the bay into the early 20th century. A year after the breakwater works were completed, the Spanish brig Caamano de Camarinas was wrecked there in 1873. Bound for London from Cienfuegos, Cuba, she dropped anchor in the bay during the night of 9 November, but stormy conditions pushed her onto the rocks the following morning. All crew were rescued and on 4 December of that year, the hull, equipment and materials of the ship were sold at an auction after approval was given by the Vice Consul for Spain, William Roberts. Later in 1904, the German ship Alauda ran ashore at the bay, but was successfully freed and towed into the harbour.

One wreck, known as the Dredger, lies within the sheltered bay, on the seaward slope of the inner breakwater. It is believed to be a sand dredger, made of steel, and dating from the early-to-mid 20th century. Today the wreckage is largely broken up and lies in two parts, but is still a popular shallow dive. The wreck has been inhabited by fish, squid, and hermit and spider crabs.

Energy plant
In 2010, Portland Port secured planning permission for an energy plant to be built overlooking the bay, which was to generate electricity by burning palm oil from Indonesia. When the company W4B were unable to finance the plant, the port applied to alter the existing planning permission so that imported tyre rubber and vegetable oil could be processed to produce synthetic diesel. Although approved in 2013, the plans were met with much opposition from local residents who formed the protest organisation No Oil Palm Energy (NOPE). To date, the plans have not come to fruition.

Underwater Curiosity Park
In 2018, a 5,000 square metre underwater curiosity park was established at Balaclava Bay for the use of scuba divers. It was created as a project between Derek Luckhurst, owner of the independent care provider Agincare, and Portland Port Ltd. With the relocation of Agincare's head office to Castletown in 2014, Luckhurst revealed the Castletown Regeneration Project, which began with the transformation of Castletown Pier into Crabbers Wharf. In 2015, further plans for the project were revealed, including the underwater curiosity park, which would feature various curiosities placed on the seabed, such as sculptures and artefacts.

The park was originally to be located in the vicinity of the north-eastern breakwater, close to the wreck of the Countess of Erne, but this was later changed to Balaclava Bay. Following a period of consultation, Portland Port Ltd approved the plans for the park in July 2017. It opened in July 2018, after various items were laid on the seabed that month, including two anchors and four sculptures. The boundaries of the park are marked on the surface by four yellow buoys. 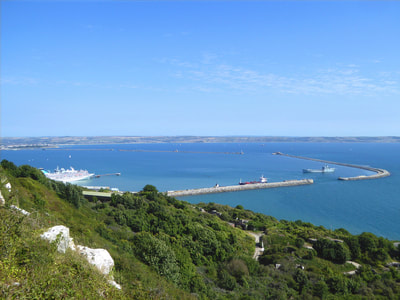 Portland Harbour as seen from East Cliff, with Balaclava Bay on the seaward side of the inner breakwater arm. 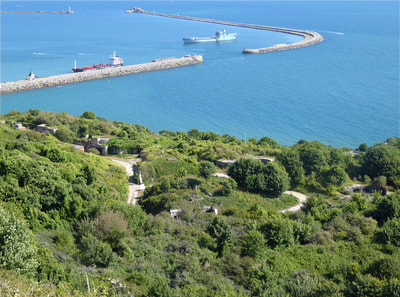 A closer look at Balaclava Bay, which is overlooked by part of the East Weare Batteries. 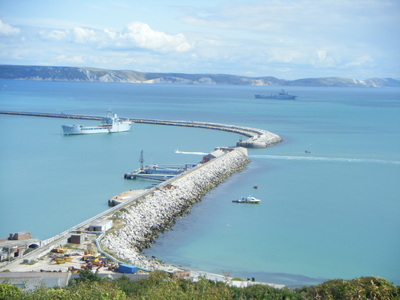 A close-up of part of Balaclava Bay. 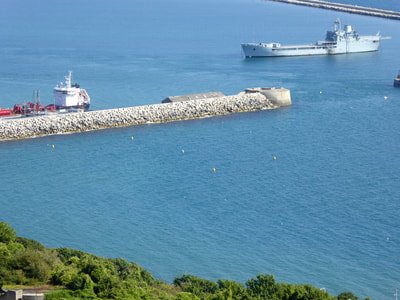 In 2018, an underwater curiosity park was established within the bay, marked by the four yellow buoys seen here. 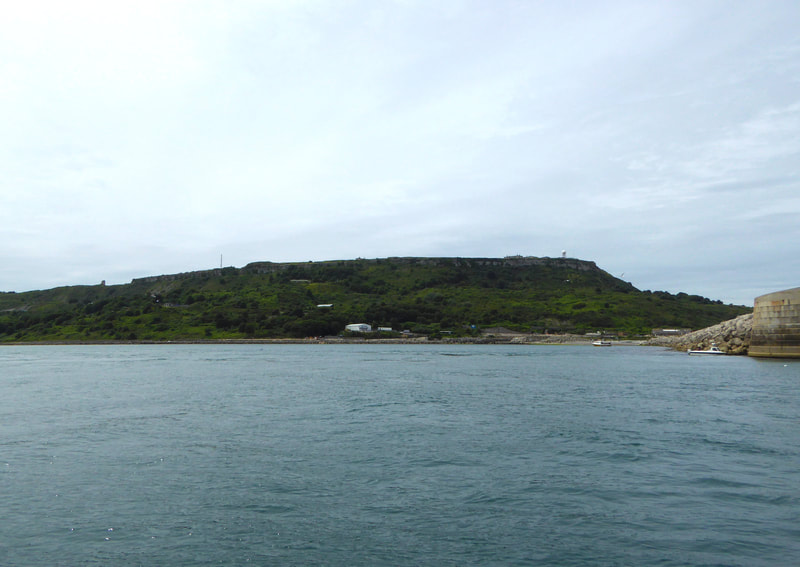 Looking across to Balaclava Bay and East Weare from outside the south ship channel of the harbour. 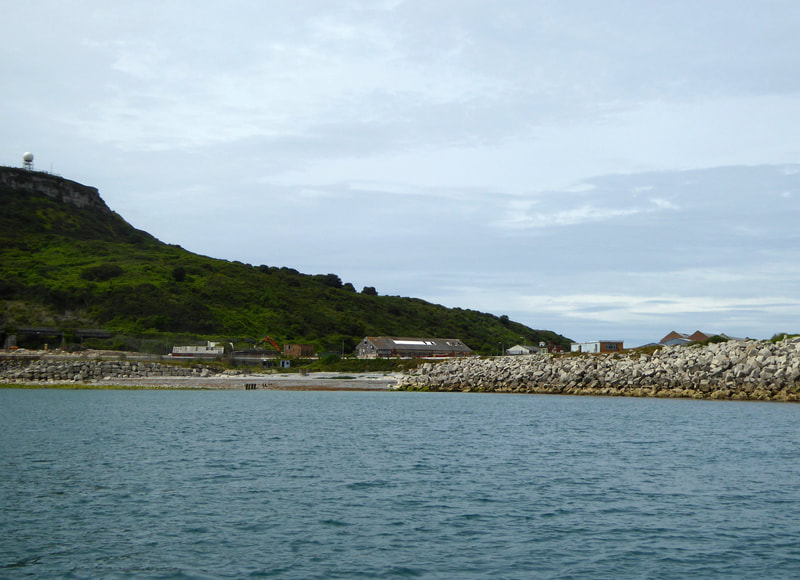 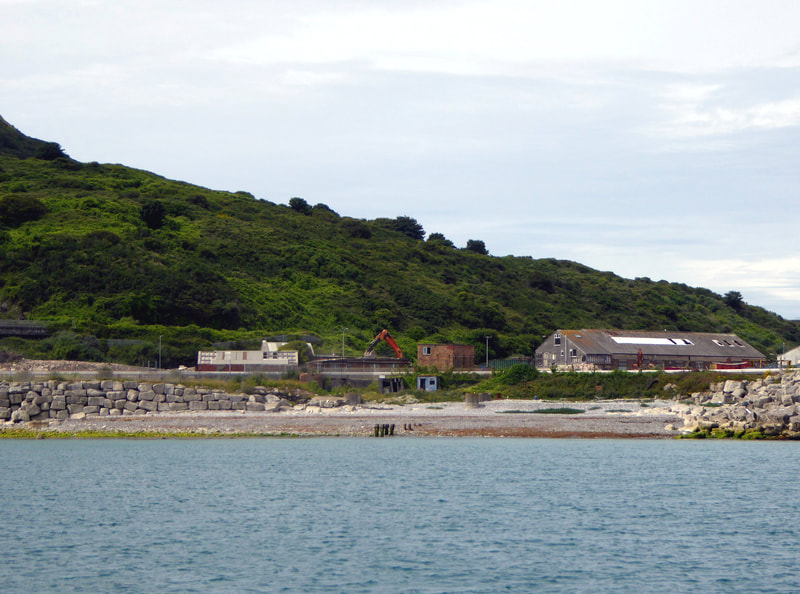 Balaclava Bay's beach with part of the former dockyard and naval base behind. 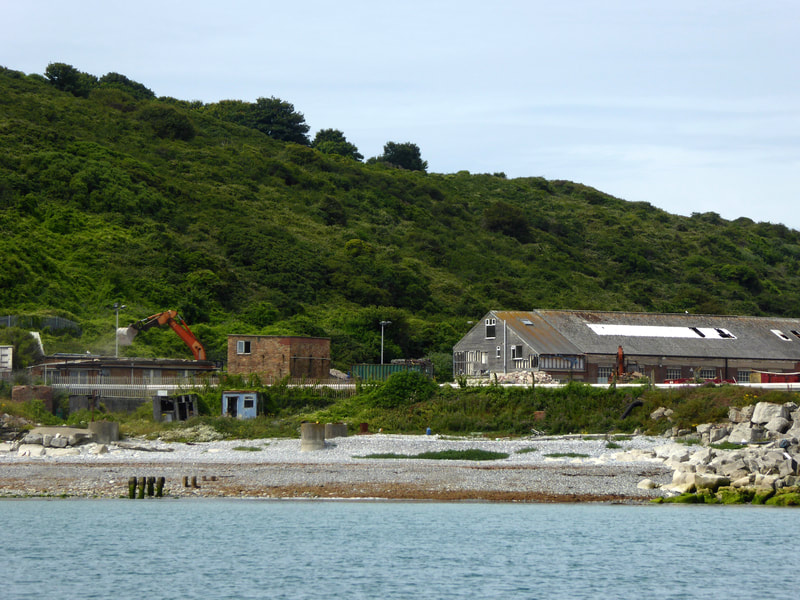 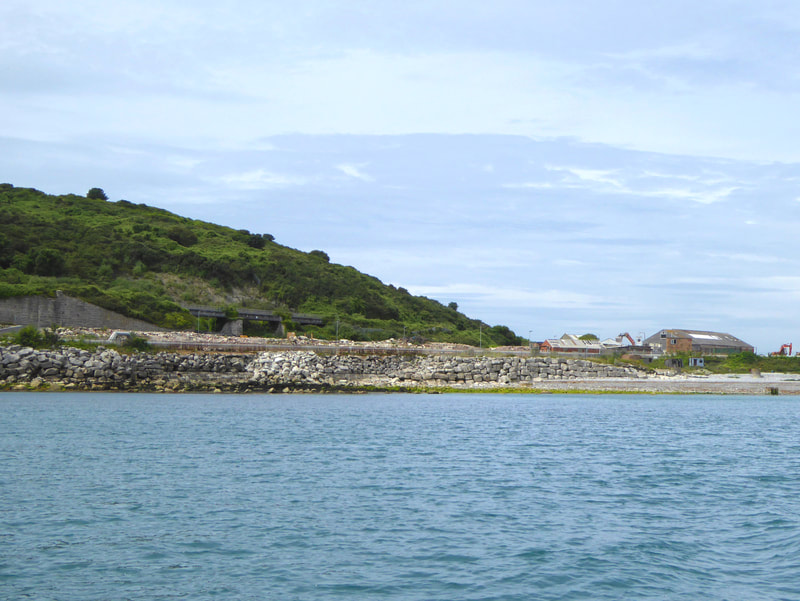 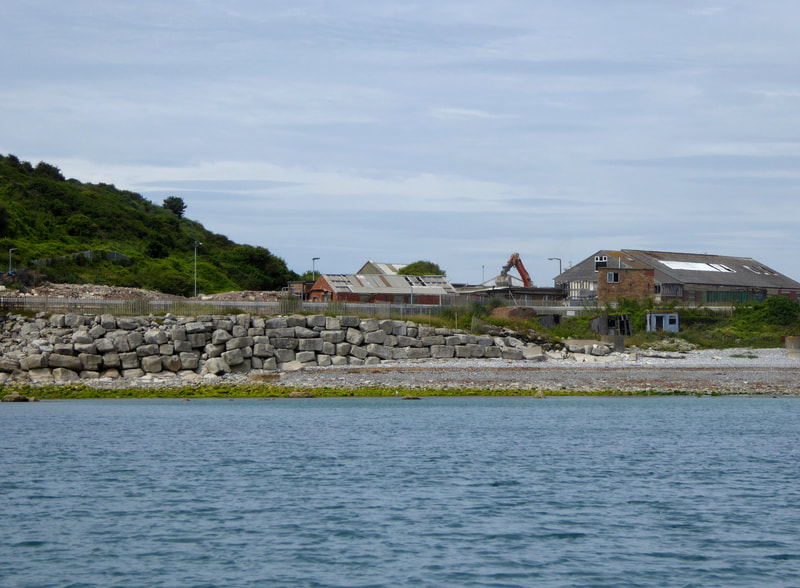 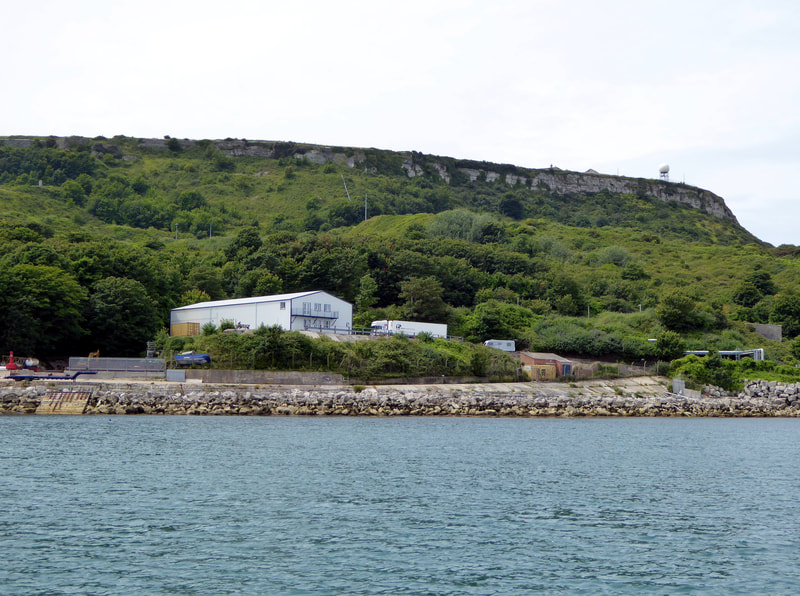 The industrial unit seen here overlooks Balaclava Bay and was the site of the Breakwater Cottages, later the Balaclava Coastguard Station. 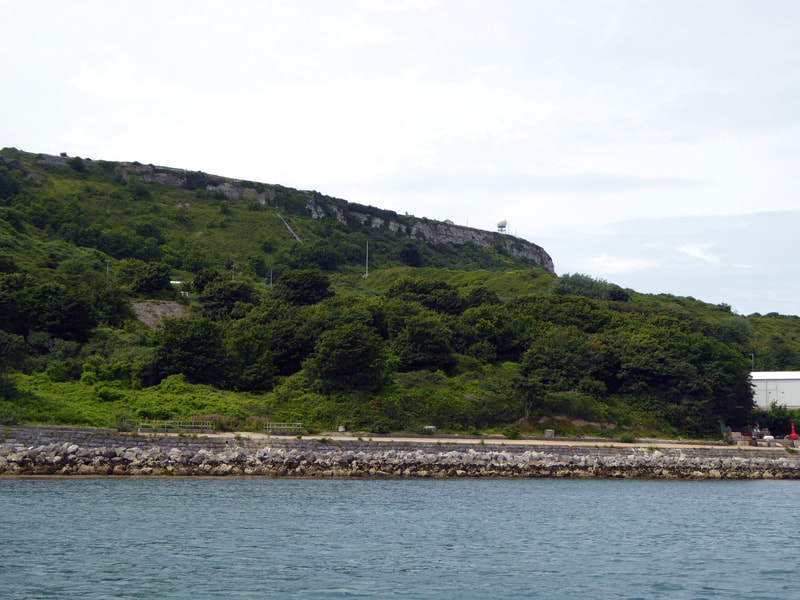 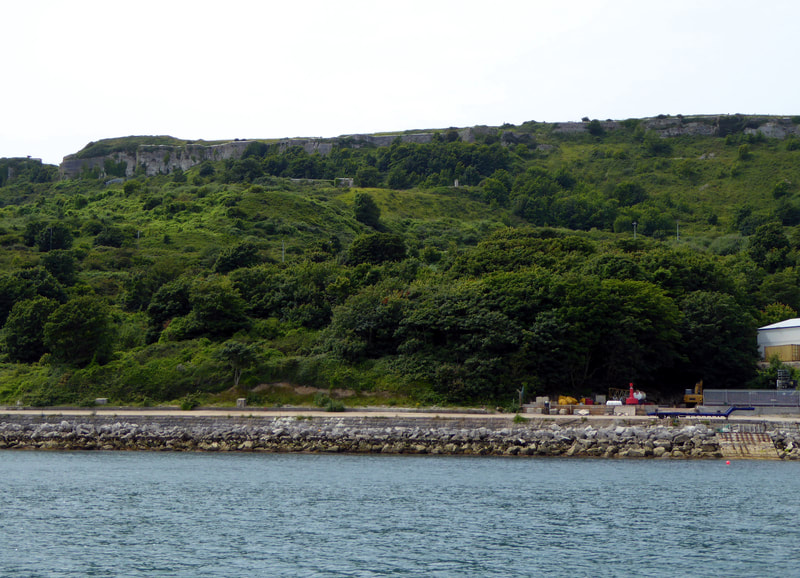 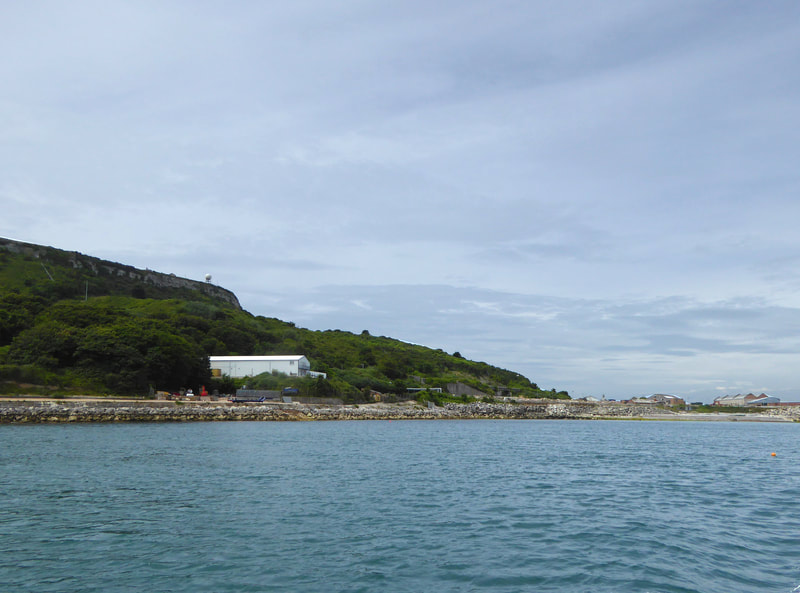 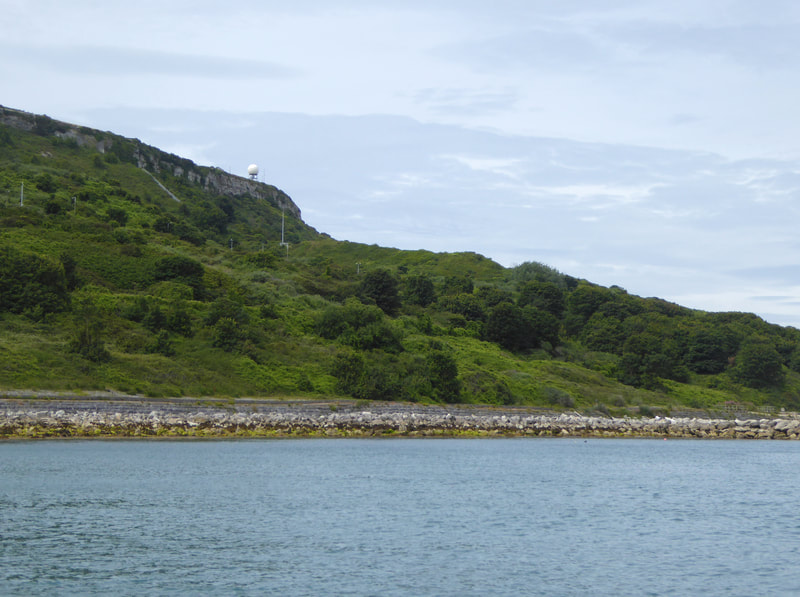 The wall continues along from Balaclava Bay towards King's Pier. 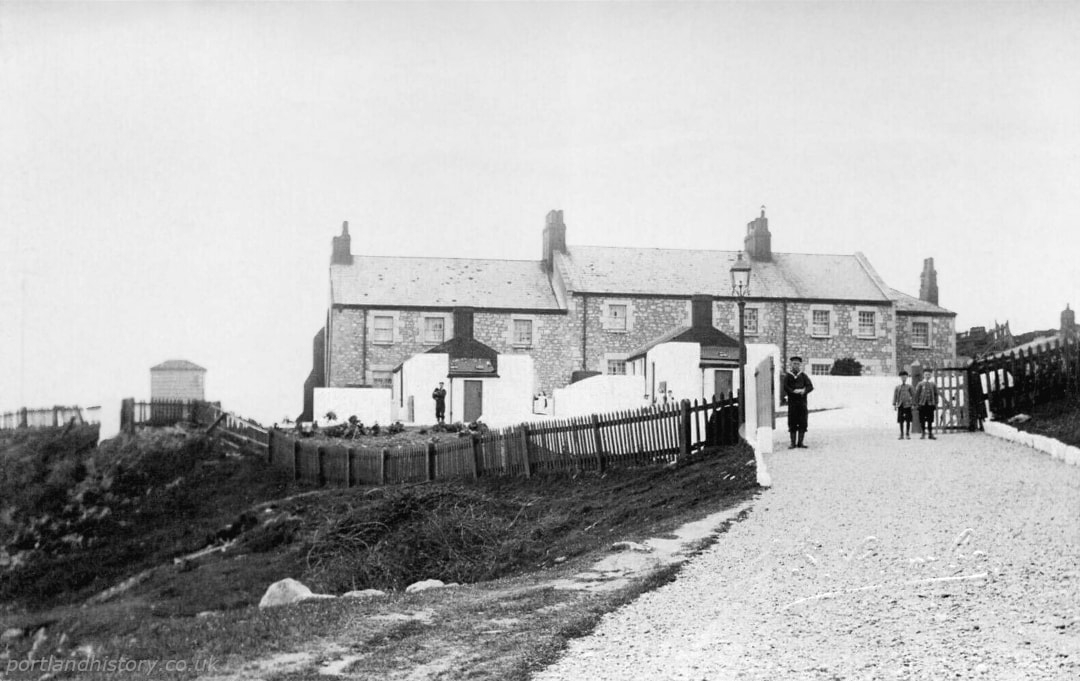