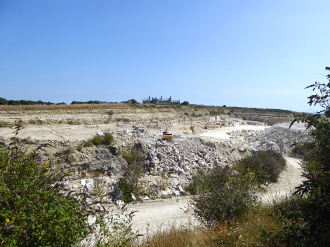 Broadcroft Quarry is an active stone quarry of 20th century origin, and a part-butterfly nature reserve, to the east of Easton and south of Grove. The area designated as a nature reserve in 1994 is a valued home for a number of butterfly species and is managed by the Butterfly Conservation. The working quarry area is one of the largest active quarries on Portland, operated by Portland Stone Firms Ltd, along with Perryfield and Coombefield Quarries. Broadcroft links with the now-redundant Yeolands Quarry to the east.

Broadcroft's nature reserve forms part of the Portland Quarries Nature Park, which opened in 2013 and also includes reserves at Perryfield, King Barrow and Tout Quarries, Verne Common, and sections of Inmosthay and Bowers Quarries. The forming of the nature park has allowed for the restoration, enhancement and better management of its various sites, while also improving public access to them. Restoration of the ecological habitats includes the removal of harmful and invasive plant species, while archaeological and industrial features relating to past quarrying are preserved. Habitat management ensures that wildlife suited to limestone grassland can continue to thrive.

Quarry History
Portland's stone industry traditionally operated from clifftop sites, until the 19th century, when quarrying gradually began moving inland. Into the late 19th century, quarrying to the south of Grove Road was extremely limited, with only some select areas being used for small-scale quarrying. However, by the beginning of the 20th century, quarrying had expanded to form Long Acre Quarries and France Quarries to the south-west of Grove. With the continuing expansion of Long Acre, Broadcroft originated to the east in the 1910s/20s, along with Silklake to the south, near Wakeham. While Long Acre became disused during the mid-20th century, both Broadcroft and Silklake saw considerable expansion in this area of Portland, with Yeolands Quarries also being established to the east.

Portland Stone Firms Ltd are now the owners and operators of Broadcraft, Coombefield and Perryfield. While much of the quarry's older workings are now disused, expansion into the north western area of Broadcroft in recent years has given the quarry around 20 years of reserves left. Today, Broadcroft is largely quarried for Broadcroft Whitbed stone. In November 2011, Portland Stone Firms used the active section of the quarry for a Track 'n' Trail Enduro Event. Considered a success, the event was the first event of its kind and attracted many enthusiasts from across the country.

Nature Reserve
By the late 20th century, the abandoned, infilled area of Broadcroft, had been reclaimed by nature and wildlife. In 1994, Portland Stone Firms came to an agreement and leased the site to the Butterfly Conservation organisation, allowing the 7.3 hectare area to become a designated nature reserve. It is now known as the Broadcroft Quarry Nature Reserve or Broadcroft Quarry and Butterfly Reserve.

Since its designation, Butterfly Conservation have aided the reserve's restoration through careful management. The return of herb-rich flora and scrub to the landscape has allowed wildlife to flourish at the site to date. Using "innovative surface-scraping", suitable conditions for the silver-studded blue butterfly and black ants have been created. Much of the reserve also lies within a Site of Special Scientific Interest (SSSI) for the area's natural environment and wildlife. Broadcroft is one of two nature reserves managed by Butterfly Conservation on Portland; the other, Perryfield Quarry, became a reserve in 1998.

There are over twenty-four different species of butterfly to be seen in the reserve. Most notable is the silver-studded blue, which have established colonies in the reserve. Some other butterfly species include small blue, chalkhill blue and common blue, while migrant species such as clouded yellow and painted lady have been recorded in the area. Moth species include Portland ribbon wave, four-spotted moth, chalk carpet, beautiful gothic and valerian pug.

Aside from insects, which include the meadow grasshopper, migrant birds are also found in the area, either arriving to or leaving Portland. The scrub at the reserve provides suitable shelter and resources for them. Some bird species include whitethroat, lesser whitethroat, meadow pipit, kestrel and green woodpecker. On occasion, both roe deer and the herd of feral goats that help to graze East Weare may be seen in the area. To the east of the reserve are some ponds which hold various amphibian species. 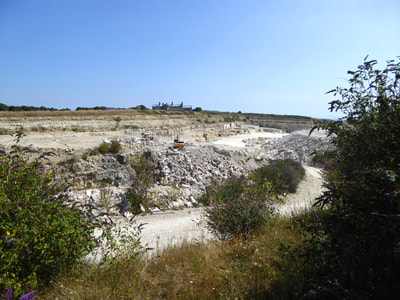 A look across the working part of Broadcraft Quarry. 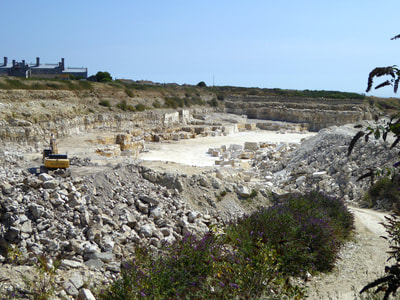 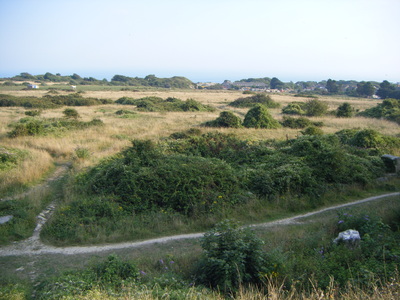 The view south-east overlooking part of the nature reserve at Broadcroft Quarry. 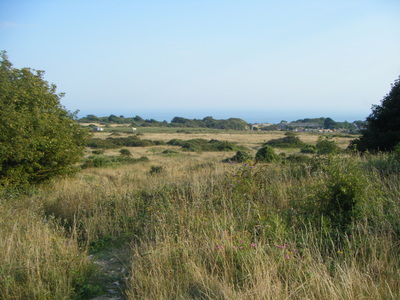 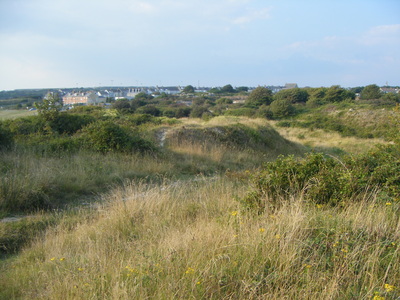 The view from the nature reserve looking back upon Grove village. 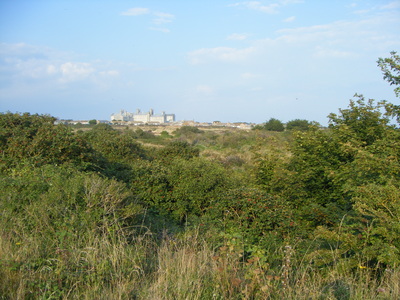 HMP/YOI Portland seen in the distance. 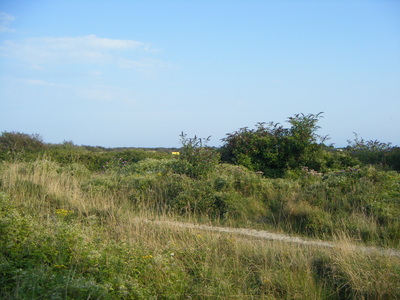 Some sections of the reserve have a greater density of foliage for wildlife to thrive in. 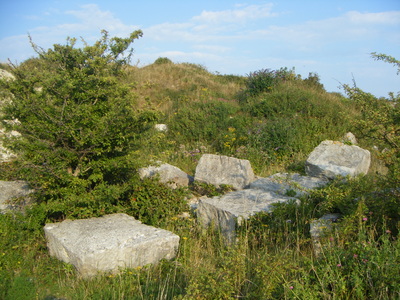 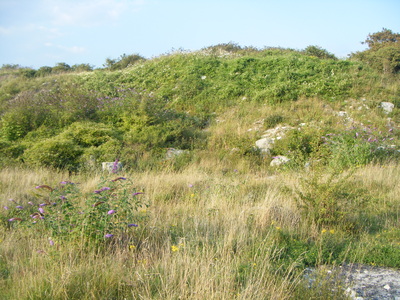 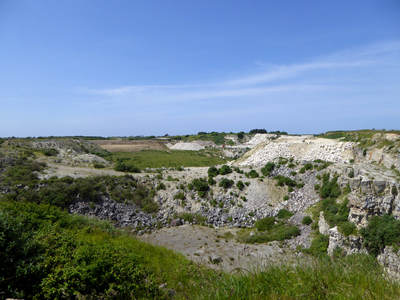 A view from the eastern cliffs of Portland, looking across Yeolands Quarry towards Broadcroft Quarry and its nature reserve. 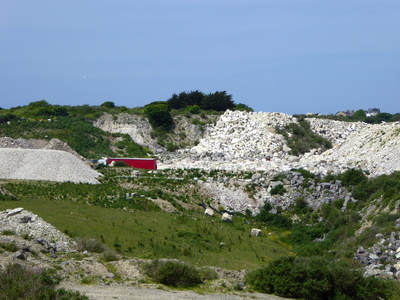 Broadcroft seen from this direction - the quarry links to Yeolands.