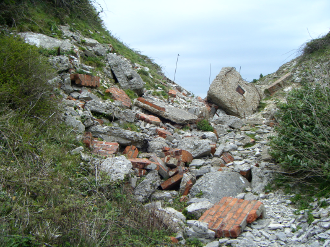 Coast Defence/Chain Home Low Station M73 is a former CD/CHL radar station in the northern region of Tout Quarry and close to Priory Corner, overlooking Underhill and West Bay. The station, named M73, was constructed by the British Army during World War II as an early warning radar system, allowing shipping and aircraft movement to be monitored.

History
Leading up to and during the early period of World War II, a series of Chain Home stations were established around the UK by the RAF to detect high-flying aircraft approaching from the sea. With the ability to identify and report hostile aircraft, the early warning system provided the UK with better defensive measures, and allowed RAF fighters to intercept the enemy more quickly and efficiently. By the outbreak of the war, in September 1939, twenty-one Chain Home stations were in operation, and expansion continued throughout 1940, with stations covering from Orkney in the north and Weymouth in the south. Those closest to Portland were located at Branscombe, Devon to the west, and Ringstead and Worth Matravers to the east.

Despite the value of the Chain Home network, the radar's inability to detect low-flying aircraft proved a major concern. As the British Army's Coast Defence radar, which had been developed in 1938 for detecting and directing fire at enemy surface shipping, was found to be effective in detecting low-flying aircraft, CD was adopted by the Royal Air Force and renamed Chain Home Low (officially known as AMES Type 2). CHL radars began to be established in 1939-40, often at the existing Chain Home sites, and allowed for the detection of targets flying as low as 500 feet. CHL was also able to detect aircraft from any direction and so could track aircraft flying over land.

Meanwhile, the need to detect and monitor the movement of enemy shipping using CD was realised during 1940, in connection with a potential German invasion of Britain. With the English Channel considered the most likely invasion point, the War Office developed plans for their own chain of Coast Defence/Chain Home Low stations, independent of the RAF. The earliest stations became operational in early 1941 and expansion of the network continued into 1942.

Two sites were established at Portland; M73 was sited on the western side of Portland and M72 on the eastern side. Many of the CD/CHL stations followed a standard design, consisting of a combined transmitter, receiver and operations block with an aerial gantry mounted on the roof, and a separate standby set house for reserve power. M73's transmitter, receiver and operations block was built on a summit overlooking Lyme Bay and its standby set house was built in a gulley below. Other buildings were established below the summit's north side and on its lower space to the south, which are likely to have included accommodation and other facilities for the station's personnel.

The M73 station was initially manned by Army personnel and most likely opened during the early months of 1942. All shipping movements recorded by the station would have been forwarded to the Royal Navy. As part of the "Triple-Service" agreement, by which radar coverage for shipping and aircraft was unified, a number of CD/CHL stations were handed over to the RAF and the transfer of M73 took place in April 1942. The Army retained M72 under their own independent chain.

M73 remained operational into the Cold War. During the early 1950s, it was used as part of the ROTOR project, possibly as a R/T (TX and RX) site. This air defence radar system was built by the British Government to counter possible attack by Soviet bombers. The system primarily used World War II-era radar systems and was only briefly operational before being replaced by the more modern Linesman/Mediator system. During the 1950s, two large radar towers were erected at West Cliff; one on the next summit east of the M73 site and another further south towards the disused Trade Quarries.

After the ROTOR period, the Royal Navy took control of the station for assistance in air to ground communications, and it was used in connection with RNAS Portland (HMS Osprey), which was established in 1959. The station buildings were demolished during the 1960s, along with the radar tower on the adjacent summit, and a 1910 position finding cell associated with Blacknor Battery. The other tower further south was retained by the Ministry of Defence until 1977.

Various remains of the station can still be seen today including brick rubble (thrown into a gulley), mast bases, power cables and a duct cable entry. There are also remains of the southern radar tower's base, along with rubble from its ancillary building. 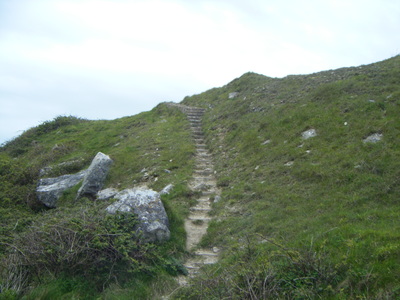 The steps leading up to the summit where M73 was located. 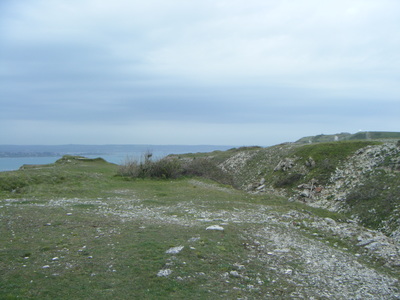 A view across part of the summit. Some rubble from the station can be seen on the right. 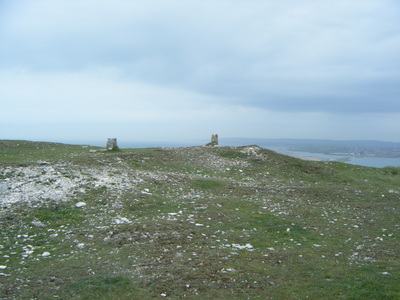 Another look across the summit. 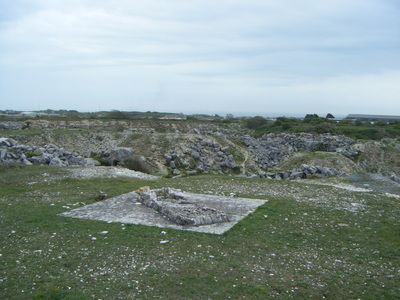 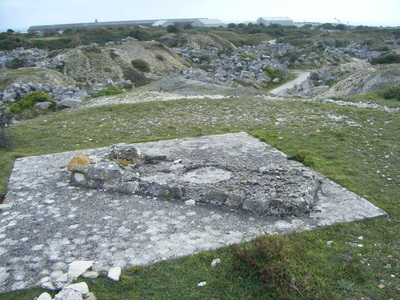 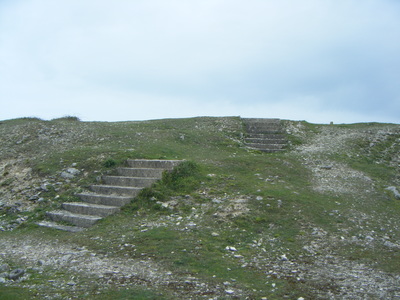 On the eastern side of the summit are two sets of concrete steps. 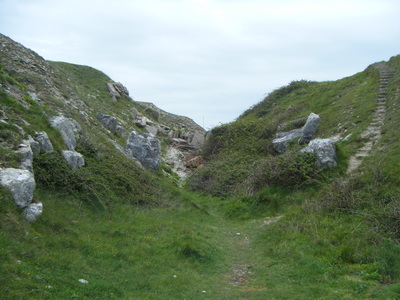 In a ravine next to the summit is a large amount of rubble from the site's demolition. 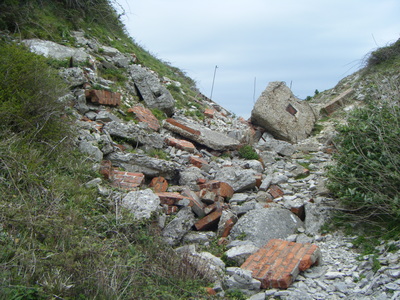 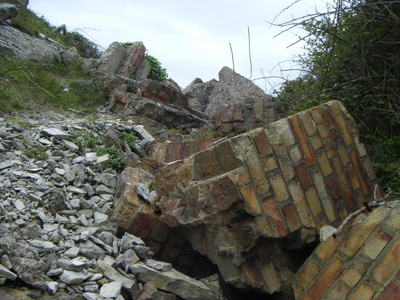 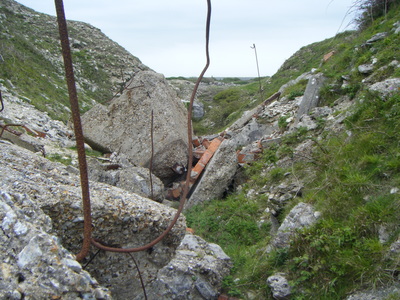 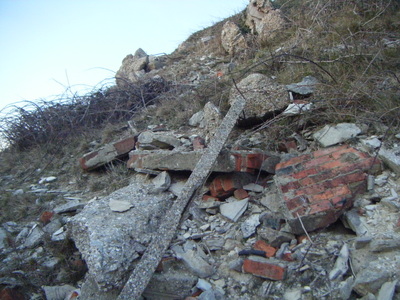 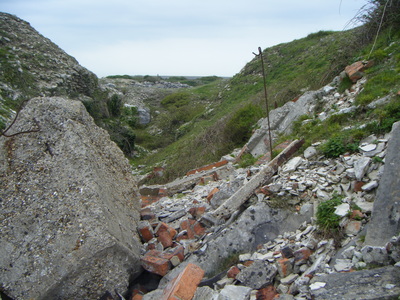 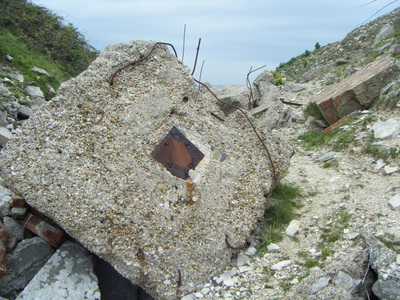 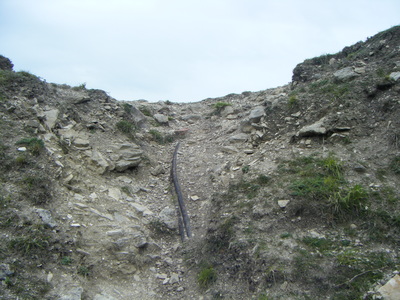 When approaching the summit via the inner path, to the east, remaining power cables are visible, which once supplied power to the station. 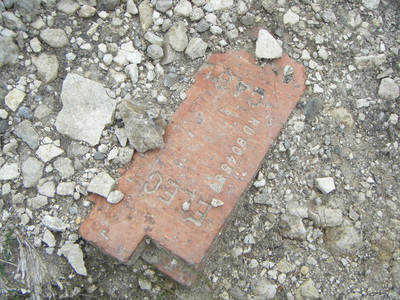 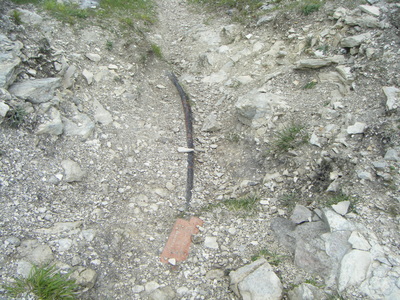 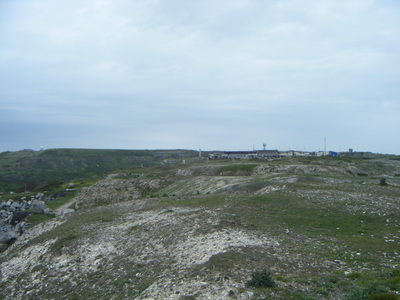 The view across the summit from further south. 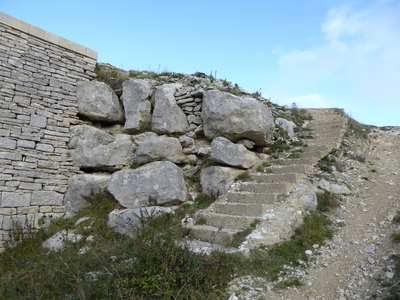 Further into the quarry, alongside Lano's Arch is another remaining electric cable supply of the station. 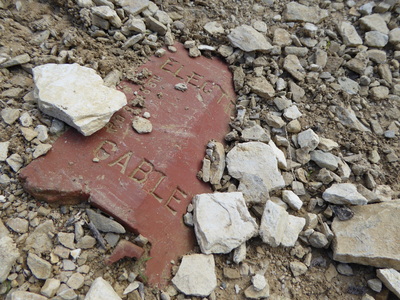 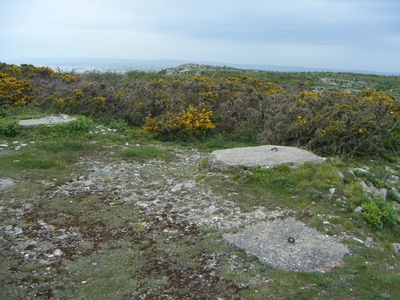 At the southern entrance to Tout Quarry there are a few reminders of the station's second mast, namely these concrete posts. 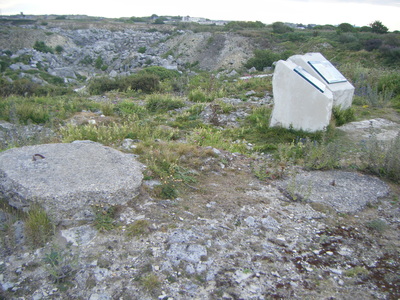 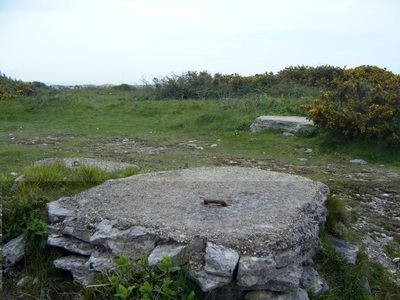 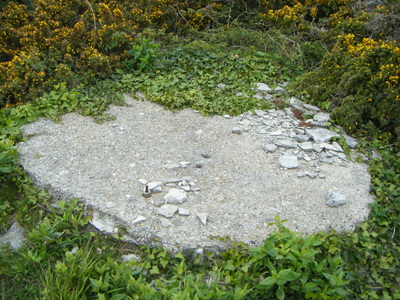 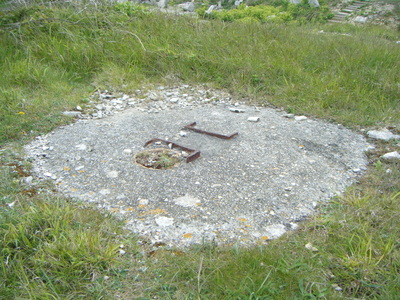 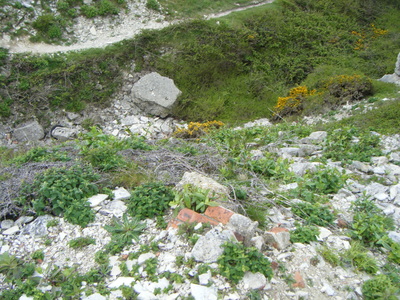 At the southern side of the summit more rubble can be seen tipped over into the ravine below. 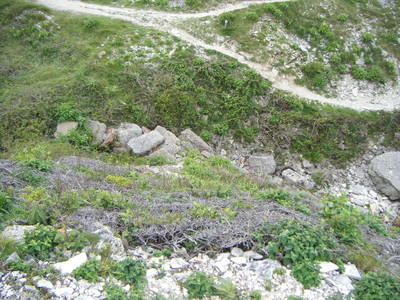 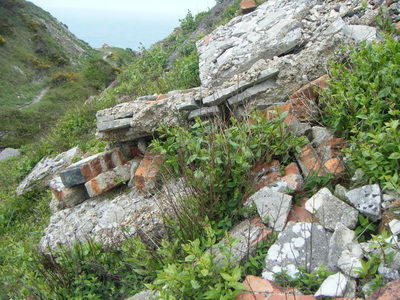 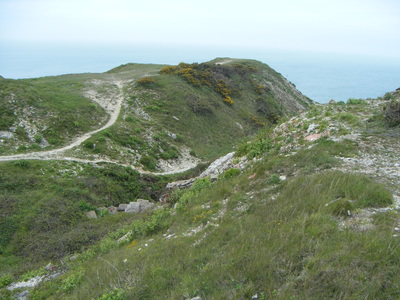 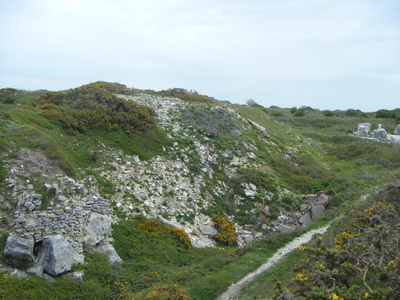 A view of the rubble waste from the next summit along to the south.