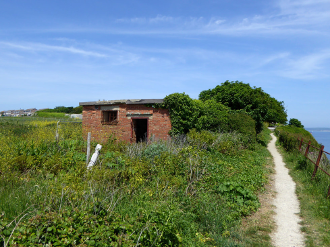 Coastal Defence/Chain Home Low Station M72 is a former CD/CHL radar station near Grove Point on the eastern cliffs of the island, south of Grove. The station, named M72, was constructed during World War II as an early warning radar system, allowing shipping and aircraft movement to be monitored.

History
Leading up to and during the early period of World War II, a series of Chain Home stations were established around the UK to detect high-flying aircraft approaching from the sea. With the ability to identify and report hostile aircraft, the early warning system provided the UK with better defensive measures, and allowed RAF fighters to intercept the enemy more quickly and efficiently. By the outbreak of the war, in September 1939, twenty-one Chain Home stations were in operation, and expansion continued throughout 1940, with stations covering from Orkney in the north and Weymouth in the south.

Despite the value of the Chain Home network, the radar's inability to detect low-flying aircraft proved a major concern. As the British Army's Coastal Defence radar, which had been developed from 1936 for the detection of enemy surface shipping and fire control of coastal defences, was found to be more effective in detecting low-flying aircraft, CD was adopted by the Royal Air Force and renamed Chain Home Low (officially known as AMES Type 2). CHL radars began to be established in 1939-40, often at the existing Chain Home sites, and allowed for the detection of targets flying as low as 500 feet. CHL was also able to detect aircraft from any direction and so could track aircraft flying over land.

Meanwhile, the need to monitor shipping movement using CD was realised during 1940, in connection with a potential German invasion. With the English Channel considered the most likely invasion point, the War Office developed plans for their own chain of Coast Defence/Chain Home Low stations, independent of the RAF. The earliest stations became operational in early 1941 and expansion of the network continued into 1942. Two sites were established at Portland; M72 was sited on the eastern side of Portland and M73 on the western side. Many of the CD/CHL stations followed a standard design, being made up of a brick or concrete operations block with an aerial gantry mounted on the roof, and a separate standby set house for reserve power.

Manned by Army personnel, the M72 station most likely opened during the early months of 1942. As part of the "Triple-Service" agreement, by which radar coverage for shipping and aircraft was unified, many CD/CHL stations were handed over to the RAF, including M72. The station closed prior to end of the war, possibly with the establishment of the Chain Home Extra Low station known as K73 within the Verne Citadel in 1942. It was able to provide radar coverage of aircraft flying as low as 50 feet and within an approximate range of 30 miles.

To date, M72's main operations block of brick and the nearby standby house of concrete are still on site. The surrounding land is now used for agricultural purposes, while the South West Coast Path runs directly past the operations building. 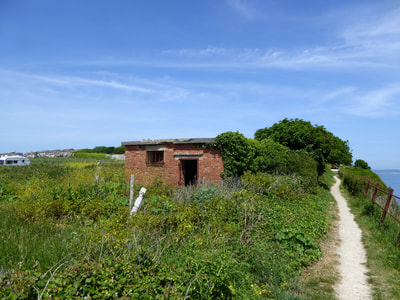 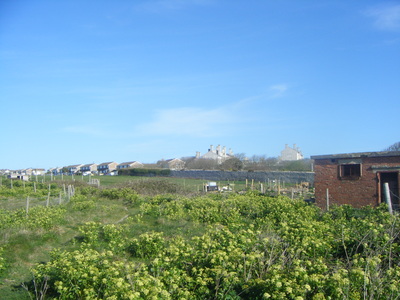 The field adjacent to the block. 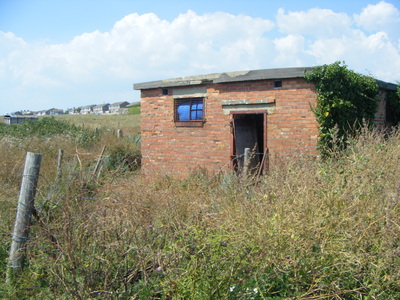 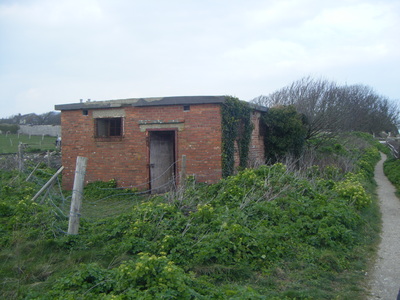 An earlier photograph showing less foliage around the building. 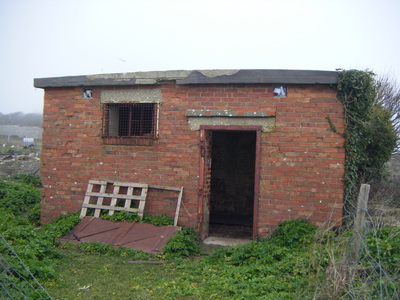 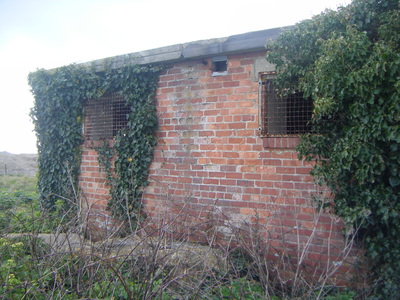 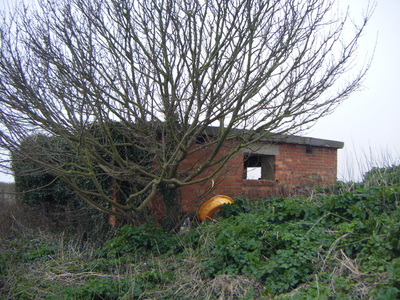 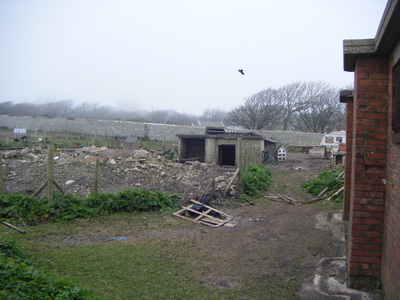 The second building is situated behind the main block. 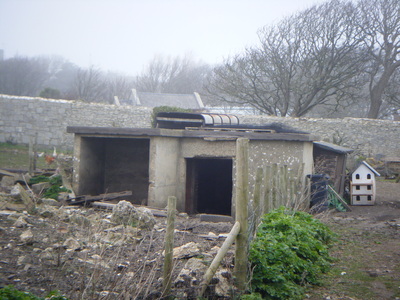 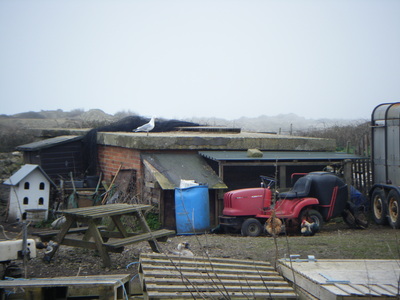 The other side of this second building. 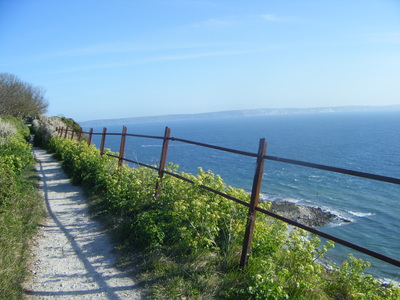 The clifftop path runs directly past the site. 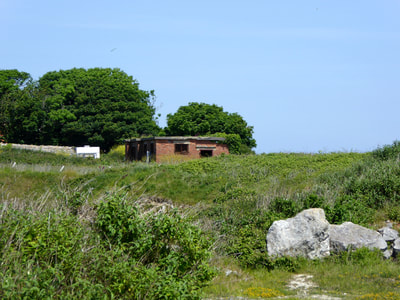 The main building as seen from the edge of Yeoland's Quarry. 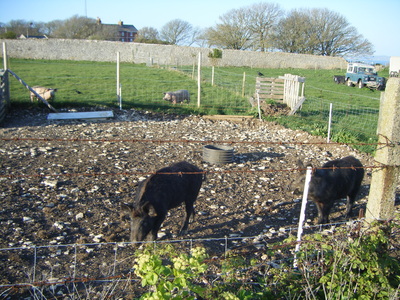 The adjacent field is now home to various farm animals. 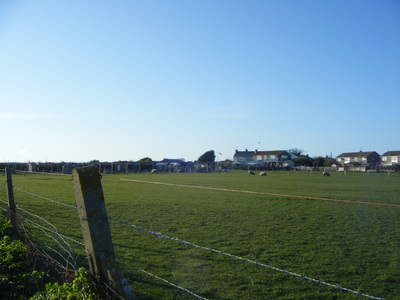 Looking across the other end of the field. 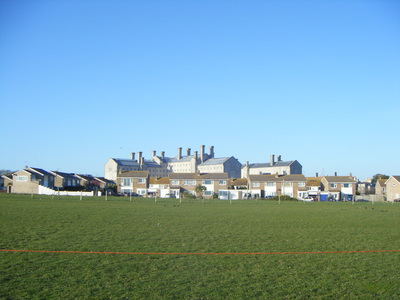 And over Shepherd's Croft towards HMP/YOI Portland in Grove village.