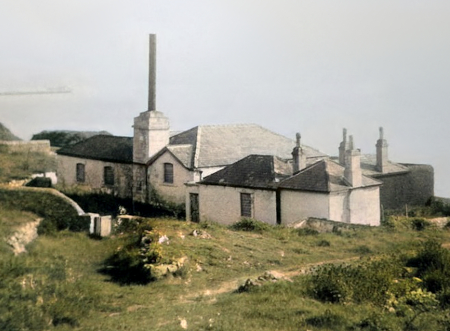 Folly Pier Waterworks was a waterworks and pumping station of mid-19th century origin at East Weare, below Portland Prison, which it supplied water for. Today only the remains of the reservoirs, tanks and a wall on the seaward side survive. The site of the waterworks, along with much of East Weare, has been designated a Site of Special Scientific Interest (SSSI) and a Special Area of Conservation (SAC) for the area's natural environment and wildlife.

History
In the mid-19th century, Portland Roads was transformed into a harbour of refuge with the building of two breakwater arms between 1849-72. In addition, a number of fortifications were constructed to protect the new harbour including the Verne Citadel, while Portland Prison was opened at Grove in 1848 to provide convict labour within the Admiralty Quarries. These government works resulted in large increases to Portland's population, which the island's established sources of water, spring-fed wells and cisterns, could not cope with. Folly Pier Waterworks was constructed during the late 1840s, along with reservoirs, to supply the prison population with rainwater for drinking and seawater for bathing use. A steam-engine was used to pump the water 400 feet up to the prison's own two reservoirs on the clifftops above.

As the prison's population increased, expansion of the waterworks' reservoirs followed in the 1850s, along with the construction of some additional tanks. The waterworks itself was made up of a number of buildings, including an engine house, boiler house and workshops, built of Portland stone with slate roofs, along with a residence for the station's attendant. The nearby Folly Pier allowed small vessels to land coal for the pumper boiler. In 1869, the waterworks was recorded as being able to supply up to 20,000 gallons per day, the majority of which was salt water for bathing. In c. 1879, a stone wall was constructed on the seaward side of the waterworks.

Folly Pier Waterworks closed in the early 1900s, following the arrival of a piped water supply to Portland in 1899. The site quickly fell into disrepair, with the Southern Times reporting in 1907 how the disused reservoirs and tanks had "been left filled or nearly so with horribly green slimy water for several years now". In addition, parts of the tanks' surrounding walls had started to collapse.

The site soon attracted the attention of local children. In March 1906, three local boys appeared at a County Petty Session in Dorchester, charged with a series of break-ins within Grove and East Weare areas. At the waterworks, the boys had stolen lead among other items and police soon discovered a cave in a disused quarry at Grove, containing various tools and instruments for melting the lead down and turning them into bullets. Shortly after, in February 1907, ten-year-old William Evans and two girls were playing in the area when Evans attempted to walk over a layer of ice that had formed across one of the tanks. He drowned when the ice broke and he fell into the eight feet of water below. Although help arrived 10-15 minutes later, attempts to revive the boy were unsuccessful.

In 1921, the prison was converted into a Borstal Institution, which in turn saw the reservoirs converted into swimming pools for use of the boys. Funds were raised by an appeal launched in 1925 by the Home Secretary, Sir William Joynson-Hicks. When the pools opened in 1926, they were frequently used, including for an annual swimming gala, until 1933, when a Borstal boy, James Whitney, suffered fatal injuries after diving into the pool. With the water having an approximate depth of three feet, he struck the concrete bottom, causing a dislocated neck and damage to his spinal cord. An unsuccessful operation was carried out at Weymouth and District Hospital, but the boy died the following day. With the decision made to stop using the old reservoirs, a purpose-built swimming pool was later added within the Borstal grounds by 1950.

Meanwhile, the remains of the waterworks' ruined buildings had been cleared during the early part of the 20th century, leaving only the reservoirs, along with some other stone foundations to survive. Today, nature has now reclaimed the general area of the site, although over the years, attempts have been made by various people to keep the ruins accessible. Along the coastline, the sea wall of the waterworks survives intact. 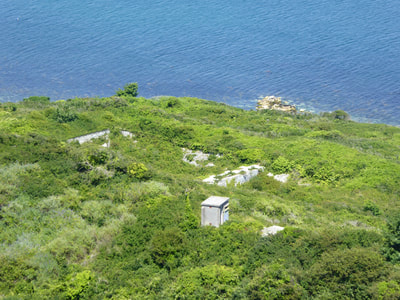 The remains of the three reservoirs as seen from Grove Point. 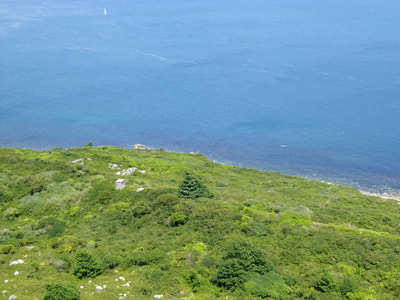 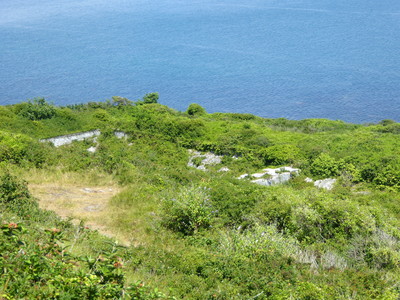 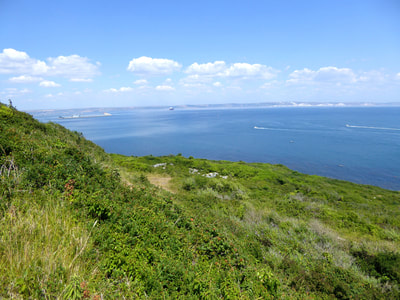 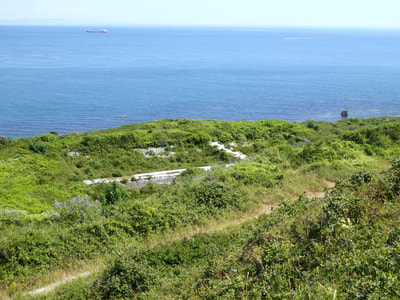 The site, seen here from higher up East Weare, has been largely reclaimed by nature. 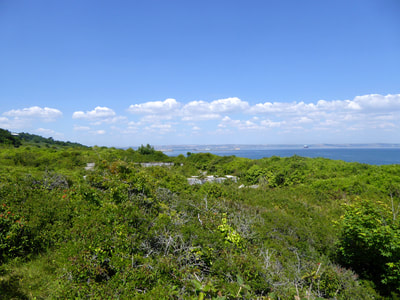 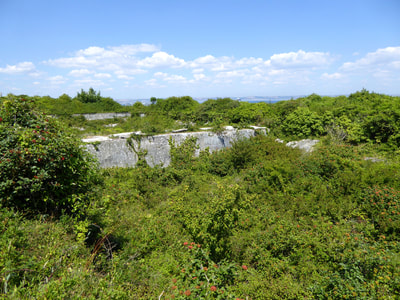 Two of the reservoirs can be seen here. 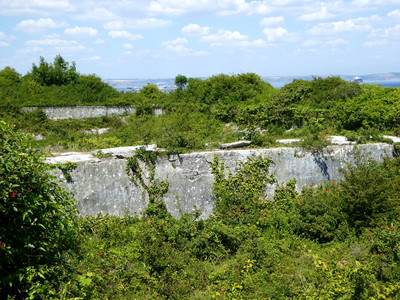 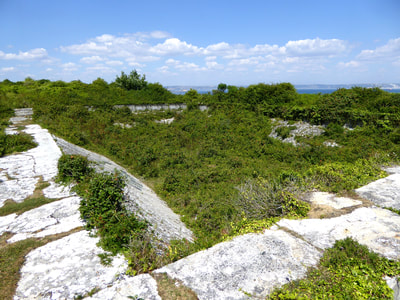 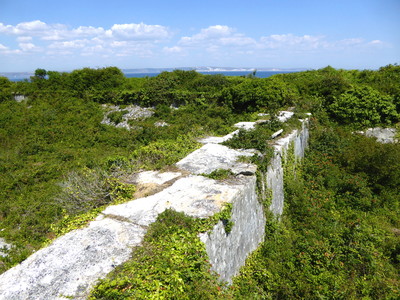 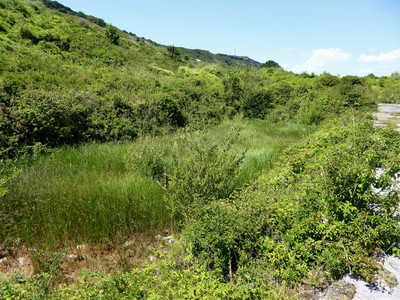 The other surviving reservoir. 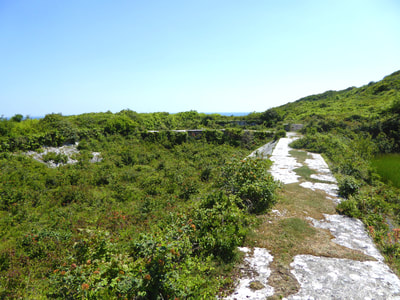 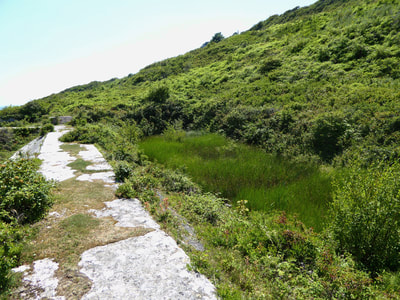 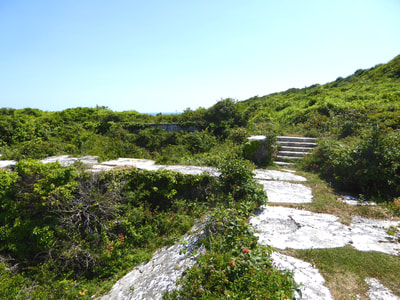 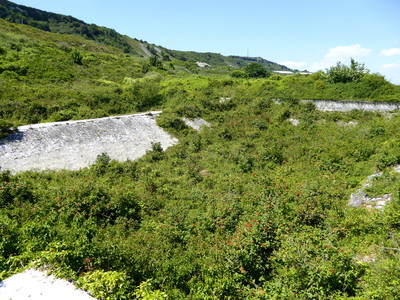 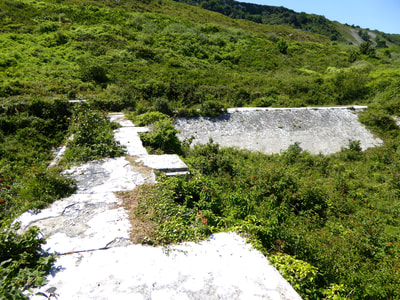 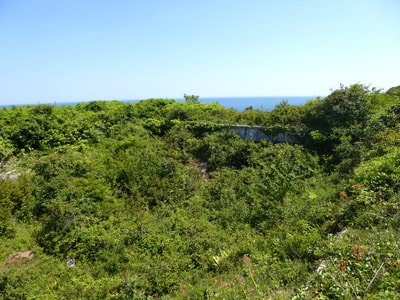 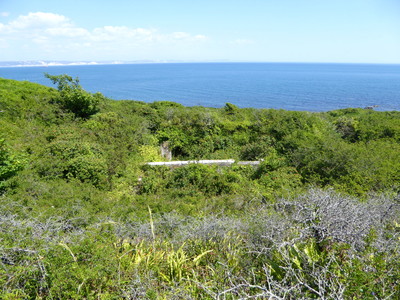 Just south of the reservoirs are the remains of the waterworks' tanks. The waterworks itself would have been located to the right of this photograph. 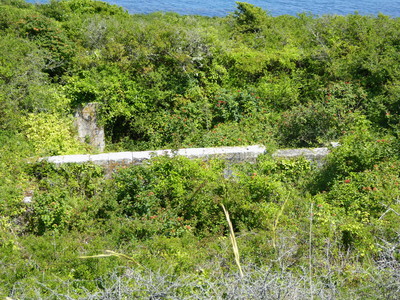 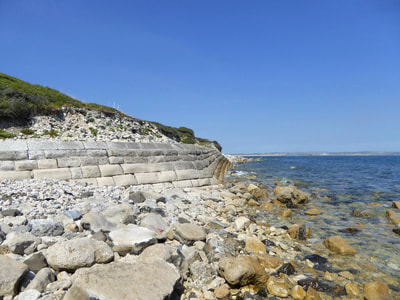 The surviving sea wall built to protect the waterworks. 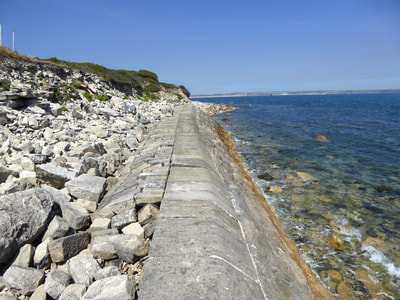 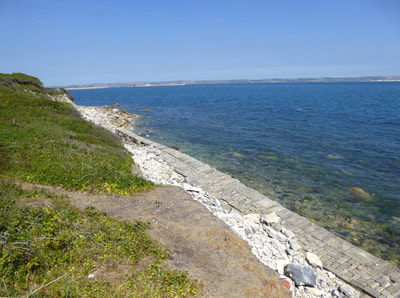 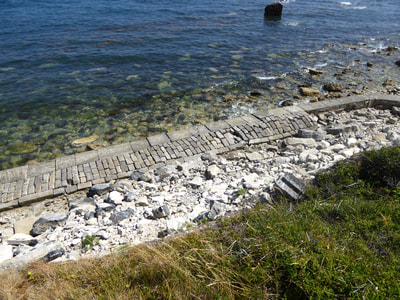 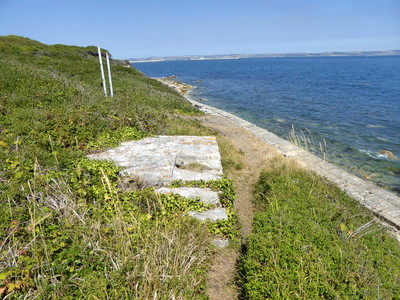 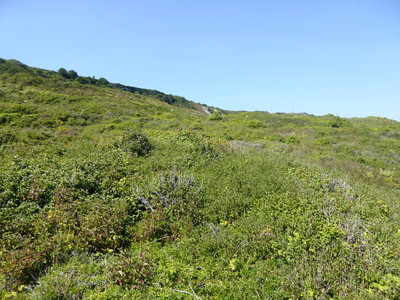 The undergrowth behind the sea wall once held the waterworks' buildings. 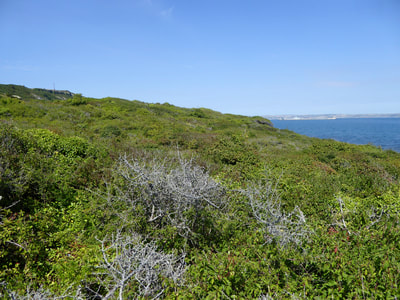 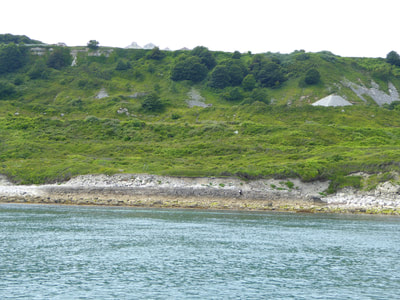 The wall and former waterworks site as seen from the sea.