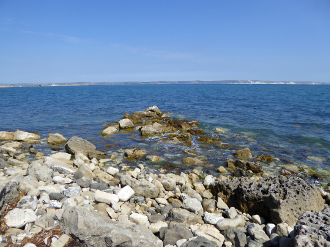 Folly Pier is a ruined stone shipping pier of 17th century origin on the east side of the island at East Weare. Little of the actual pier remains today, except for a section jutting out seawards from the coastline.

History
Folly Pier dates back to the 17th century, when British architect Inigo Jones chose Portland Stone for the rebuilding of the Banqueting House at Whitehall, London, in 1619. The three-year contract between him and quarry owners on the island resulted in the establishment of various tracks and piers around East Weare and its coastline. One of these was Folly Pier, which became one of Portland's primary stone shipping points on the east side of the island, alongside King's Pier and Durdle Pier.

Following the Great Fire of 1666, Sir Christopher Wren sourced much stone for the rebuilding of London from the eastern cliffs of Portland. The workings were largely undertaken within the north-east region of the island, which later became incorporated into the Admiralty Quarries from 1849, and southwards towards Church Ope Cove. Much of the stone was shipped from the piers along East Weare including Folly Pier. To date, evidence remains of quarrying from this period, including some roughly dressed stone and discarded waste stone.

By the beginning of the 19th century, Folly Pier's use for the shipping of stone had diminished in comparison to King's and Durdle Pier, along with others on the island such as three piers based near Church Ope Cove, and the wharfs and pier at Castletown. This was primarily due to the pier being particularly exposed in comparison to others, while access from the Weares was considered more difficult than to the others. On a 1745 map, Folly Pier was named 'Old Pier' and noted to be "'at present useless being destroy'd by the Sea". By 1765, a new pier had been built on the same site and was recorded on a plan of 1770 as 'Mr Gilbert's Pier Commonly known by Folly'. In 1800, it was named as 'New' or 'Folly Pier'.

Folly Pier ceased shipping stone completely in the early 19th century, when much of the area's quarrying activity came to an end, making Folly and other piers redundant for the shipping of stone. With demand for Portland stone continuing to increase, quarries began to move inland from the cliffs, making use of traditional stone shipping piers difficult. In 1826, the horse-drawn and cable-operated Merchant's Railway was opened, which allowed stone to be easily transported from the Tophill Quarries to Castletown.

Later in the mid-19th century, Portland Roads was transformed into a harbour of refuge, which included the construction of two breakwaters arms and various fortifications. The stone required for the works came from the Admiralty Quarries and worked by convicts from the newly-established Portland Prison. In order to provide the prison with water, Folly Pier Waterworks, along with its reservoirs, was established close to the pier. Folly Pier's last use was by small vessels to land coal for the pumper boiler of the waterworks, which would close in the 1900s. A World War II pillbox was later constructed in 1940, overlooking the coastline around the pier. 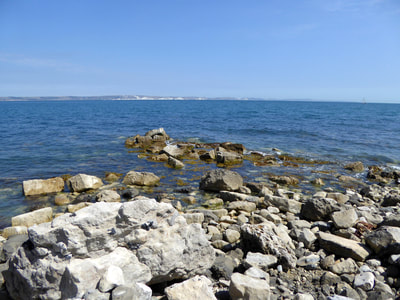 The remains of Folly Pier, seen jutting out from this part of Portland's east coastline. 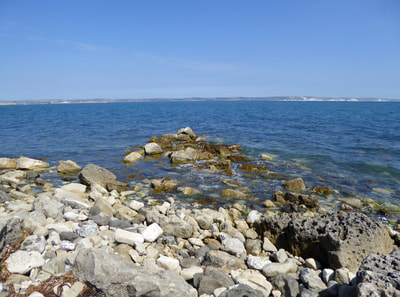 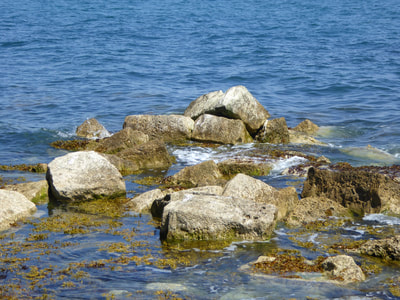 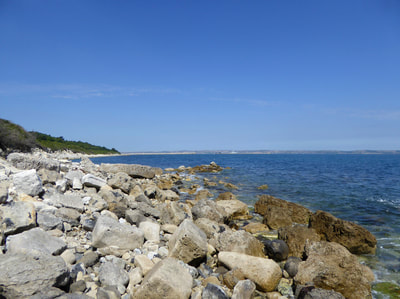 Looking at the pier from the south. 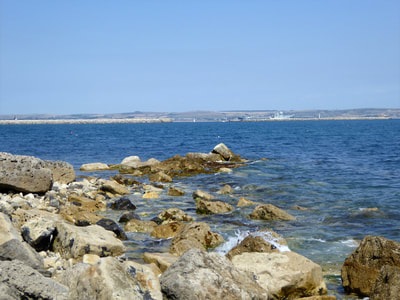 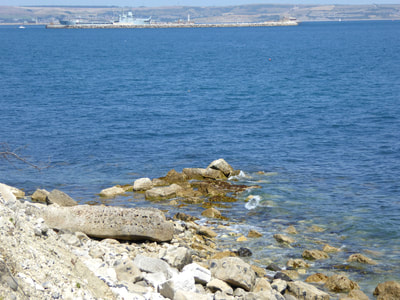 A view from slightly higher up on the banking above the coast. 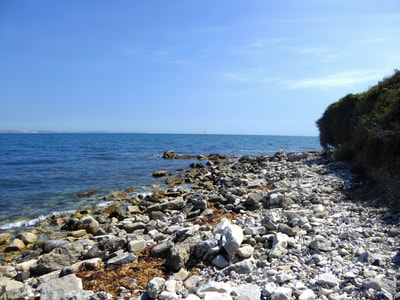 Looking at the pier from the north. 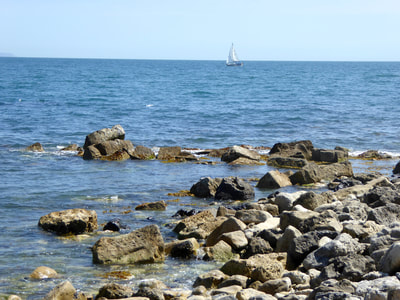