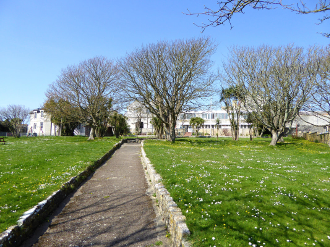 The Governor's Community Garden is a community garden in Grove and opposite the main entrance of the joint adult prison and young offenders institution HMP/YOI Portland. Dating from late 1840s as private grounds attached to the prison, the gardens were opened to the public in 2011. The garden also leads to the Grove Prison Museum, which opened in the former deputy governor's house in 2014.

History
In 1848, Portland Prison was established to accommodate the convicts who would provide the stone needed to build the breakwaters of Portland Harbour. With the prison's inception, the area known as Grove developed into a village and primarily housed officers of the prison and their families. The original residence for the governor was built in 1848 on the southern edge of the prison, overlooking the prison's gatehouse and adjacent to extensive open ground, which from c. 1851 began to be transformed into private gardens.

The flower beds and lawns were regularly maintained by convicts with records of good conduct. In the 1873 book Good Words, the governor's house was described as being a "well-built residence of granite, with a pretty flower-garden". In 1875, the Southern Times commented of the gardens: "At the present time these grounds are in the most beautiful order, being filled with the most lovely flowers of every shade and colour; indeed the place is like an oasis in the desert."

The prison became a Borstal in 1921 and a Young Offenders Institution in 1988. For a number of decades up to the present day, allotments within the garden were used by the borstal boys and young offenders to produce fresh vegetables for the prison. By the late 20th century and into the 21st century, the rest of the gardens began to suffer from a lack of maintenance. In 2010, plans were made by Portland Community Partnership, Portland Gas Trust and other parties to regenerate the gardens and open them to the public. The Young Offender Institution, who owned the land, agreed to lease the gardens and take part in the project. A grant of £46,254 was secured from the Big Lottery Fund's Community Spaces programme in August 2010, while additional funding was provided by the Portland Community Partnership, Portland Gas Trust and the Court Leet.

Work soon commenced on the transformation of the gardens. A number of parties contributed to the work, including both staff and young offenders at the prison, those serving under the local Community Payback Team of the Dorset Probation Trust, volunteers of Wild About Weymouth and Portland, as well as pupils from Grove Infant School and Royal Manor Arts College.

As part of the project, certain sections of the garden were kept as conservation and wildlife areas, particularly the southern region. Within the central part of the garden, a botanical area was created with a wildlife pond, surrounded by a range of plants found on Portland. A children's play area was installed south of the former governor's house, while a memorial tree section and other ornamental and picnic areas were established within this region of the garden. A designated part of the garden's allotments were restored for use by local schools and other volunteers, while the remaining allotment area was retained for exclusive use by the prison. The allotments are located within the north-eastern section of the garden and include greenhouses and a tool shed.

A special family day was held at the gardens in July 2011 to celebrate its recent redevelopment and opening to the community. As part of the 2011 Weymouth Civic Society Annual Awards, the restoration of the gardens received a special commendation. The society commented that the gardens presented an "attractive and peaceful amenity", as well as being of "botanical value", serving as a "recreational and educational venue for schools and other groups". In the 2014 document Appraisal of the Conservation Areas of Portland, the gardens were described as offering "welcome respite", with its "attractive landscaped flower beds, lawns and mature trees".

The southern region of the gardens contains the bowling green of the Portland Borstal Officers Bowling Club. The pavilion was built using stone reclaimed from the Borstal's Rodney House, which suffered extensive damage in an air raid of August 1940. The pavilion was opened in 1967 by F. V. Elvy, the president of the club.

On 27 May 2019, the Jailhouse Farm Shop was officially opened within the gardens. A project between HMP/YOI Portland and the charitable organisation Expia Ltd, the shop aims to provide prisoners with retail and customer-based work experience. 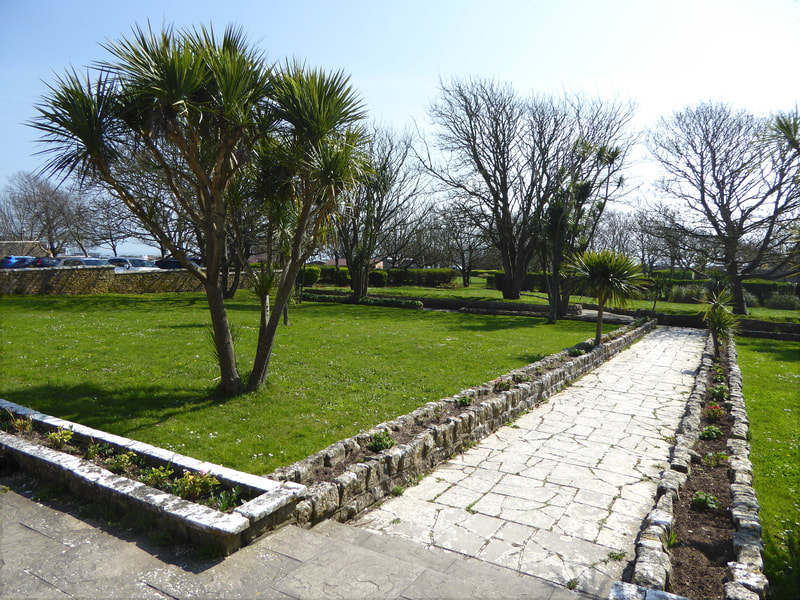 The gardens as seen from the entrance. 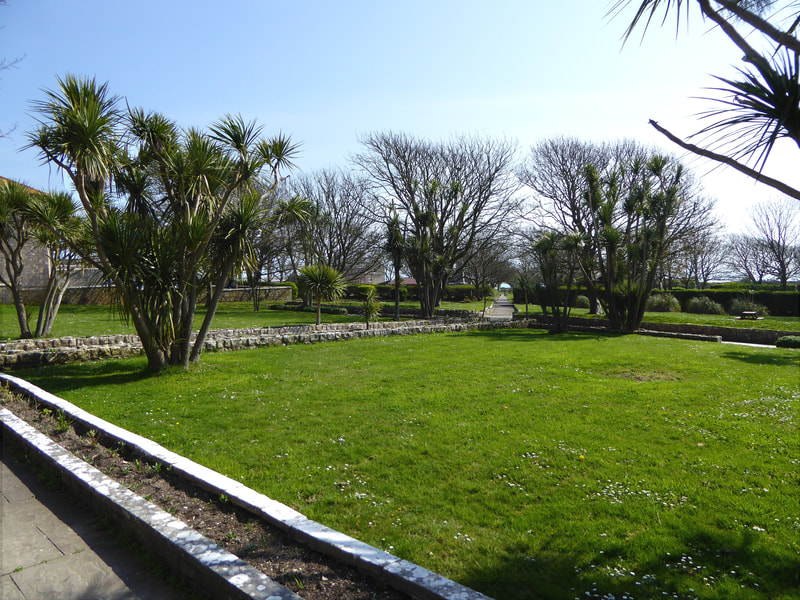 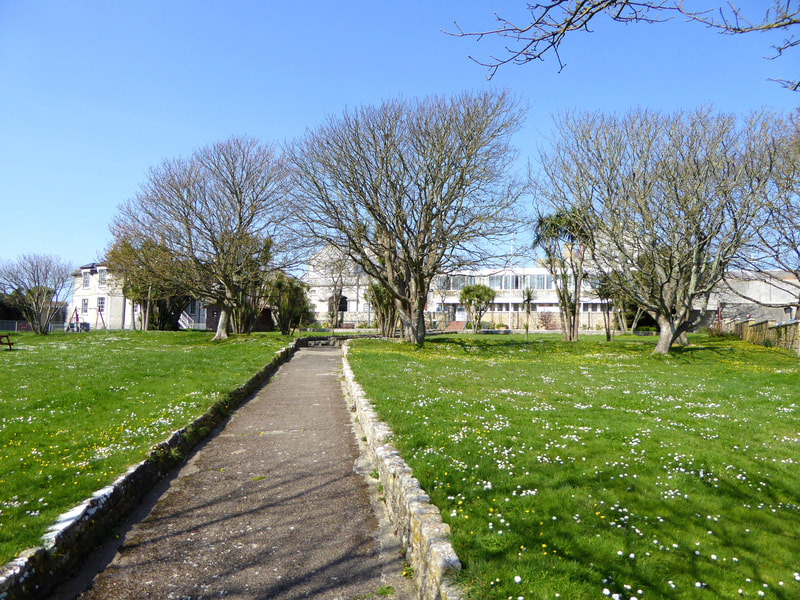 Looking back towards HMP/YOI Portland. 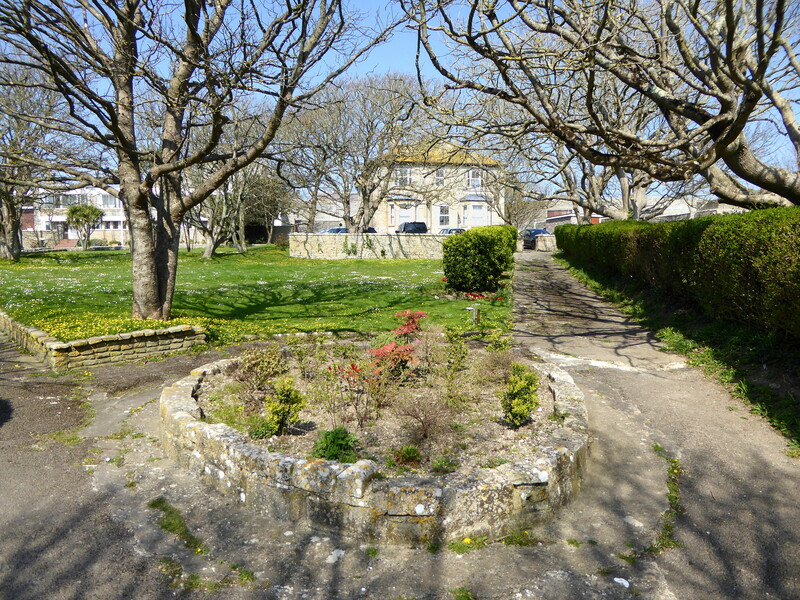 Ahead is the former deputy governor's residence, which holds the Grove Prison Museum and Lighthouse Learning Centre. 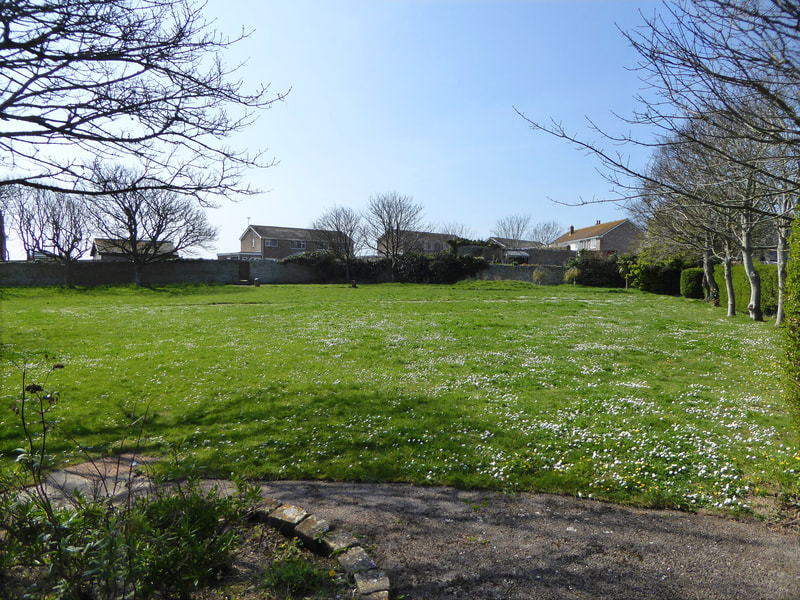 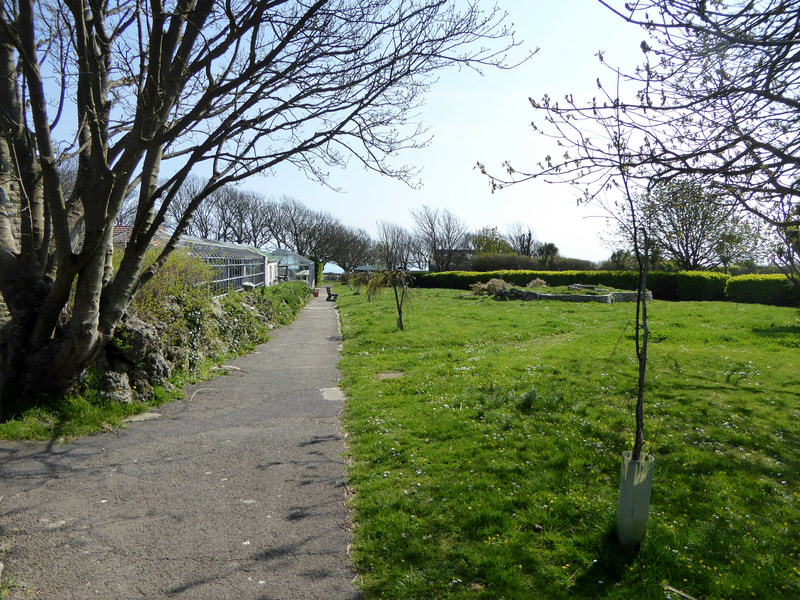 Further into the gardens are the allotments and greenhouses on the left, and a pond area on the right. 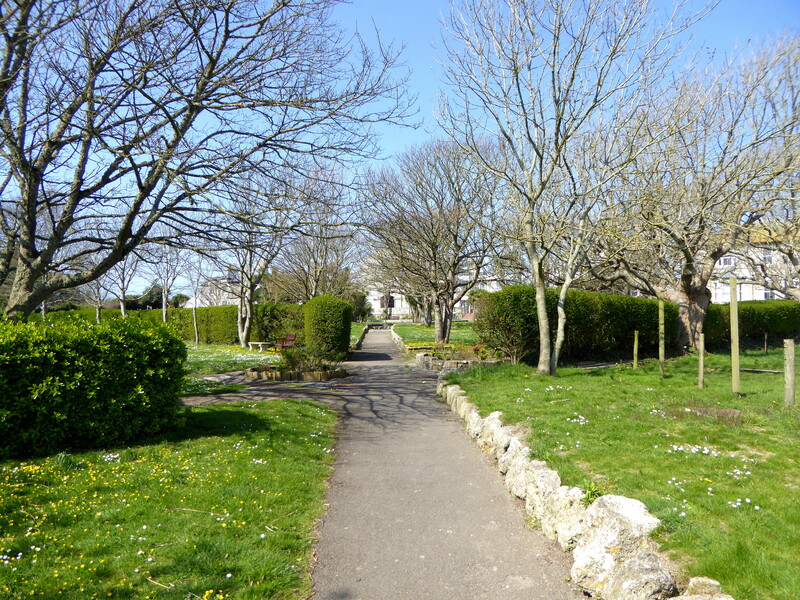 Looking back towards the prison. 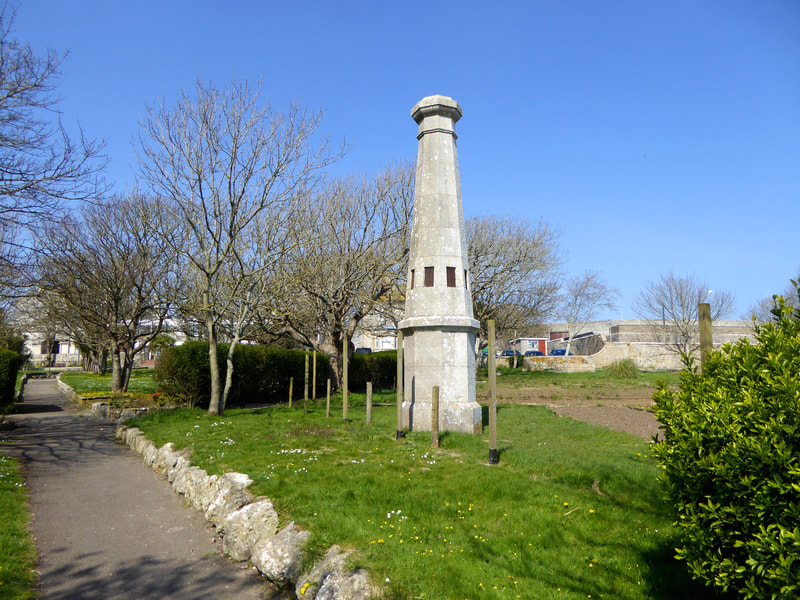 A Grade II listed Victorian ventilator shaft is found in this region of the gardens. 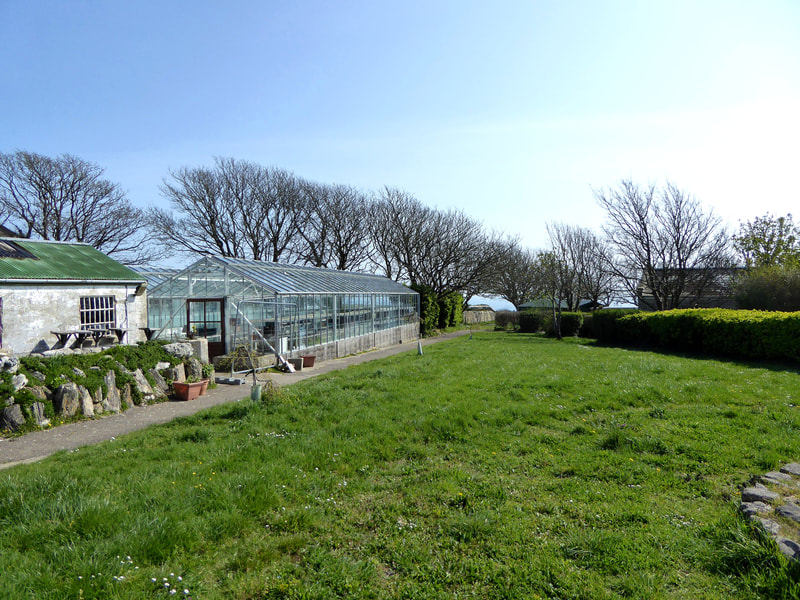 Part of the allotment area on the left. The path carries down to the bowling green. 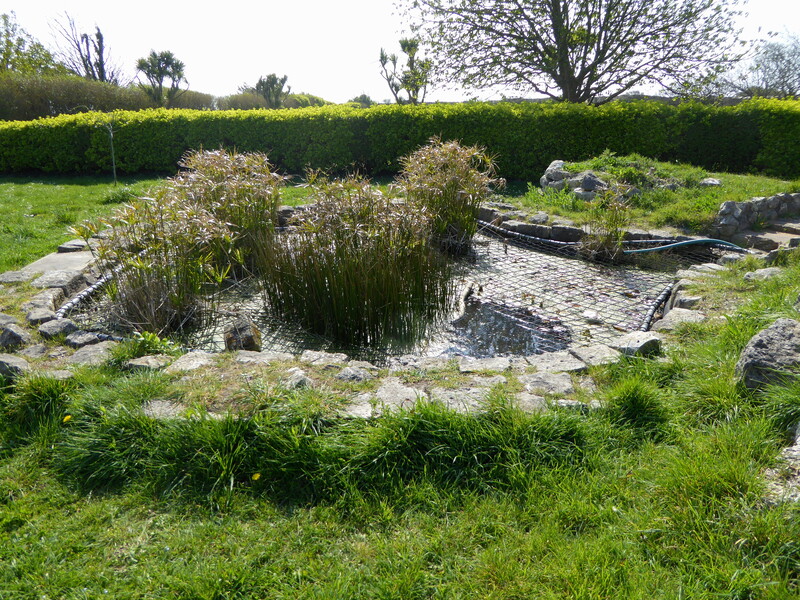 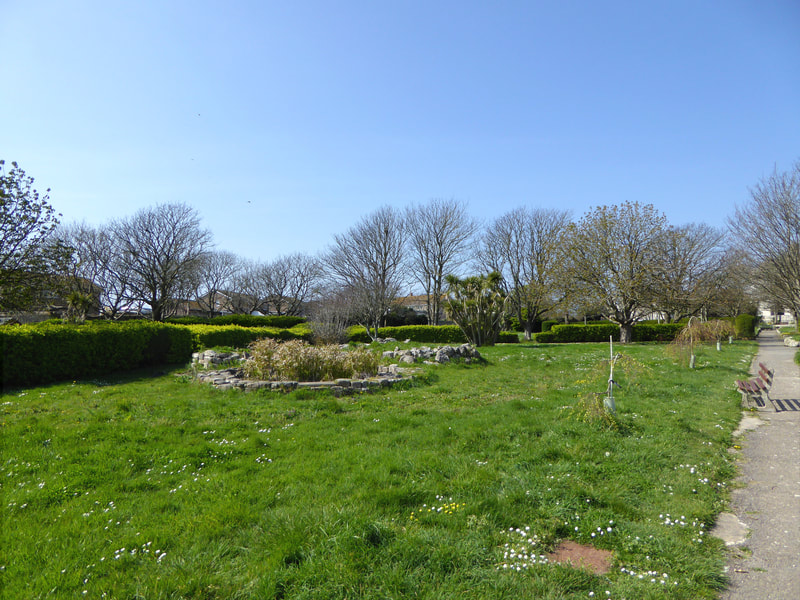 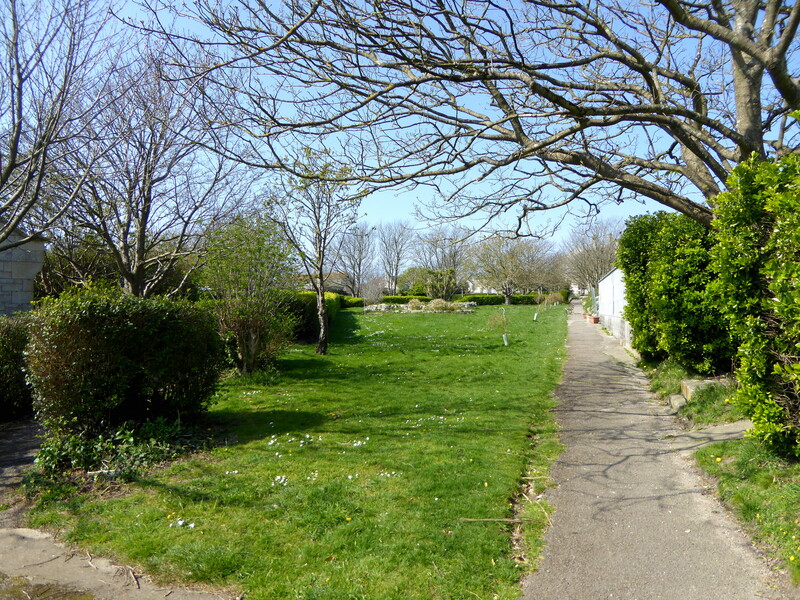 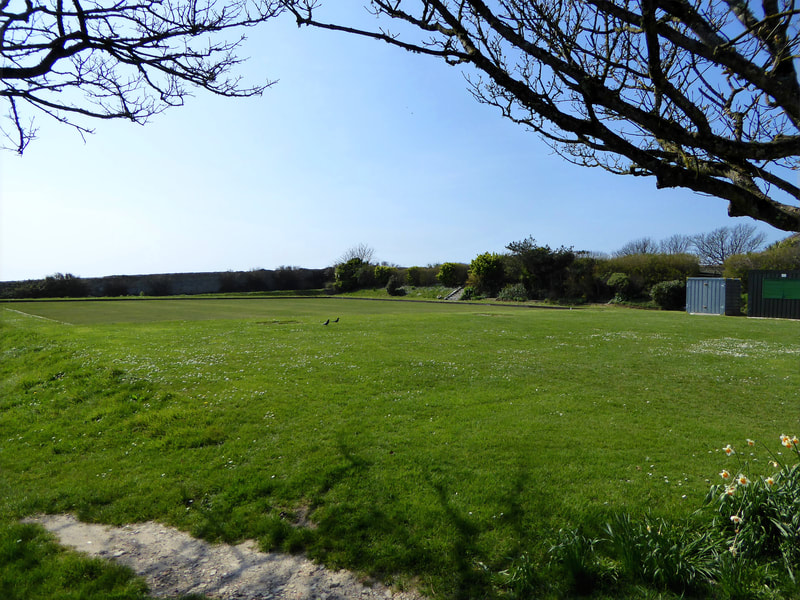 The private bowling green is used by the Portland Borstal Officers Bowls Club. 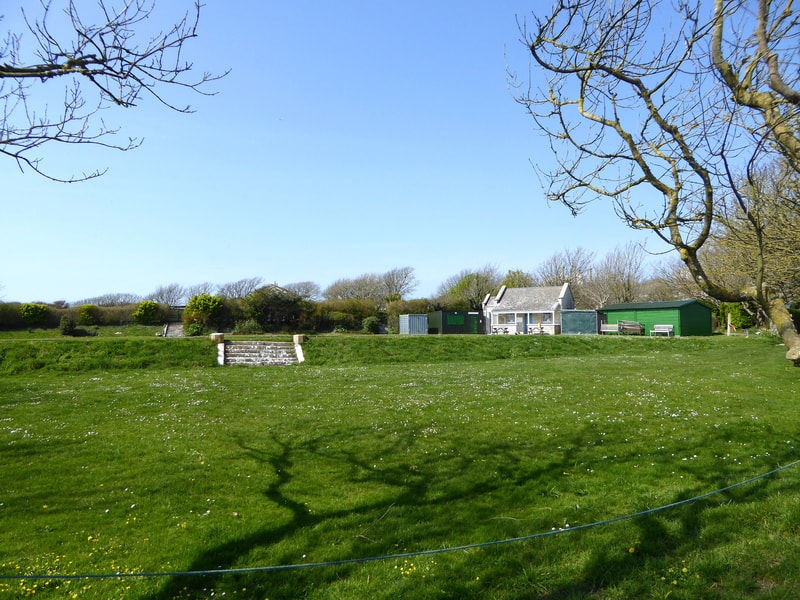 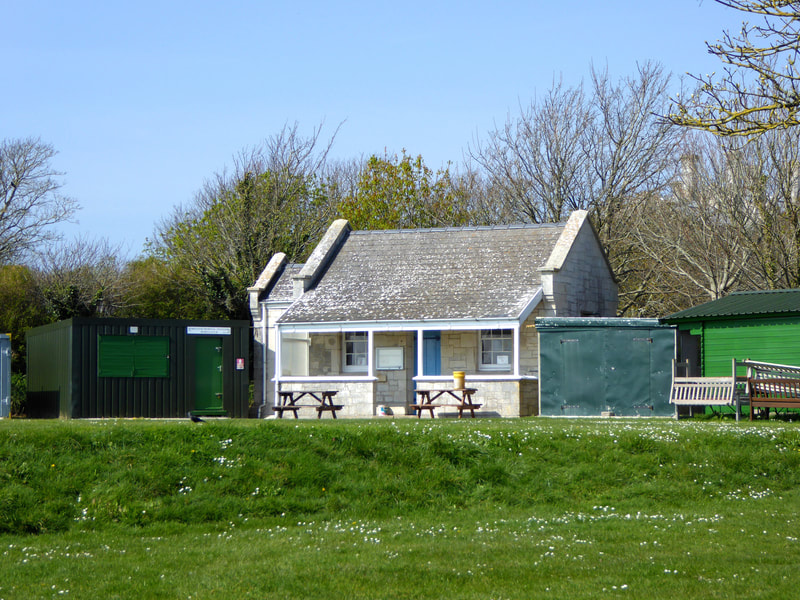 The pavilion at the bowling green. The stone used to build it was sourced from the prison's Rodney House, which suffered bomb damage during World War II.