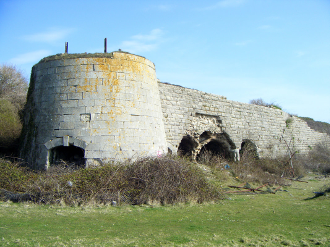 Grove Lime Kiln is a disused lime kiln to the north of the Grove. It was built in the 1890s within a new stone yard associated with Portland Prison and the Admiralty Quarries. The kiln has been a Grade II listed building since January 2009.

History
In 1848, Portland Prison was established to provide labour for the large-scale quarrying of stone needed to build the breakwaters of Portland Harbour and its associated defences. The Admiralty Quarries were established to the north of the prison in 1849 for this purpose. During preliminary work, a stone yard was created to the north of the prison, along with buildings to work in, known as the Admiralty Workshops. Further south towards the prison, a lime kiln was built near to the prison's gas works and was last depicted on an Ordnance Survey map of 1889.

In the 1890s, an area of the quarries to the north-west of St. Peter's Church was transformed into a new stone yard, primarily for the dressing of stone. This included stone to be used in the construction of the prison's new cell blocks, which was carried out between 1895 and 1911. The stone yard was completed by 1900 and alongside sheds, rail sidings and cranes, a lime kiln was built at the northern end. Constructed and operated by convict labour, it was used to produce quicklime (calcium oxide) by calcinating limestone (calcium carbonate), for use as building material. The yard's stone crushing shed supplied the crushed limestone, which was loaded with fuel into the kiln's chamber using its charging ramp. The chamber was then kindled at the bottom and the controlled fire allowed to spread upwards. The kiln would have operated at a temperature of 900-1000 °C, and once burnt through, the lime was cooled and raked out. Much of the lime produced by the kiln was used in the construction of the prison's new cell blocks.

The kiln saw continued use by the convicts until 1921 when the prison was converted into a Borstal Institution. Labour in the quarries then came to an end as such work was deemed unsuitable for the 16-21 year old boys. The quarries' masonry works closed and many of the buildings in the stone yard, along with the railway sidings, were soon demolished and removed. After a period of small scale operations by contractors on behalf of the Admiralty, the Admiralty Quarries closed completely in 1936. However, the lime kiln survived and saw some use at least into the 1930s. In 1936, a group of boys were working at the kiln when one entered it against orders and collapsed from the fumes. Borstal officer Robert Bowman jumped twenty feet into the kiln and successfully carried the boy up a ladder to safety. He was commended with a Medal of the Civil Division of the British Empire Order. Since ceasing use, the kiln has remained in a state of neglect.

Design
Grove Lime Kiln was built using Portland stone and rubble. The cylindrical-shaped chamber was built with Portland ashlar. Its east and west openings, featuring segmental arches and keystones, leads to two draw holes. At the rear of the chamber, another arch provides access to the stoke hole, which has a surviving fire grate with a cast-iron surround. Positioned against a large bank, the rectangular-shaped charging ramp was accessed from the east side. It was built with a rubble core, and faced with coursed stone, some of which has collapsed on the front side. The ramp's front facing contains three arched openings, semi-circular in design, which most likely served as storage space or shelters. Another segmental arched opening at the west end, adjacent to the chamber, leads to the back of the kiln.

Listed status
In January 2009, the kiln became a Grade II listed building. It was primarily listed for being a "well-preserved", "distinctive" and "interesting" example of a kiln as part of the lime industry, along with its association with the Admiralty Quarries and HMP/YOI Portland. Describing the "special historic interest" of the kiln as part of the "once thriving, internationally significant, Portland quarries", Historic England said it "represents a significant physical record of the role of convict labour in the industries on the island during the C19 and early C20." 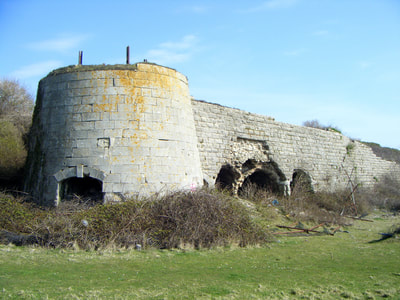 The kiln and its cylindrical chamber, seen in 2014, with the charging ramp on the right. 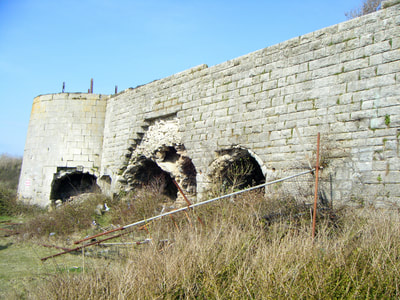 The structure has become increasingly unstable due to lack of care. 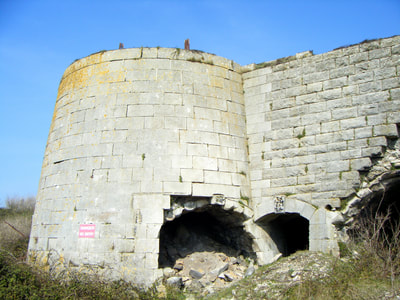 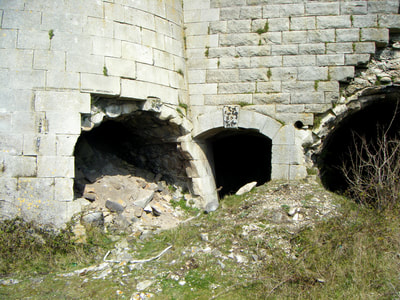 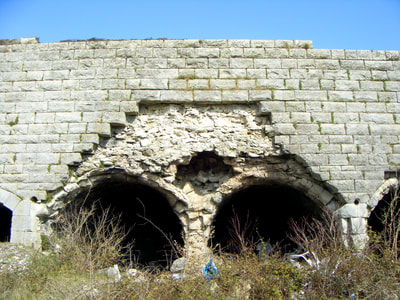 Two of the three arched openings built into the ramp. 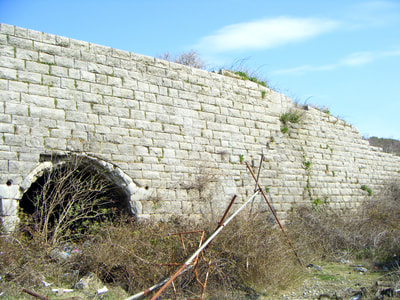 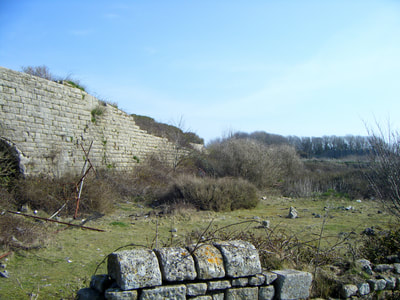 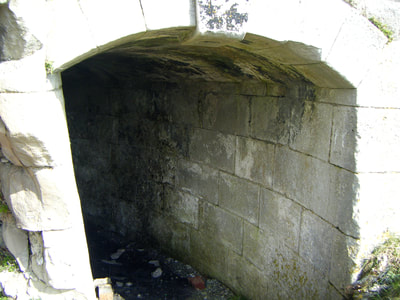 The west archway, next to the chamber, which leads to the rear of the kiln. 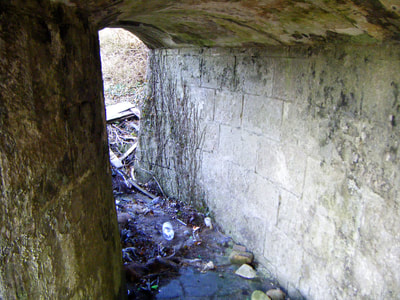 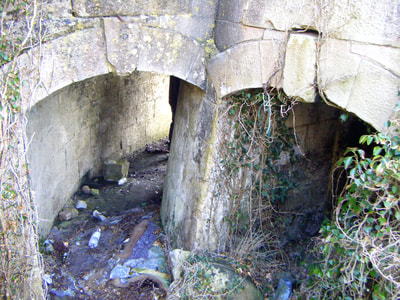 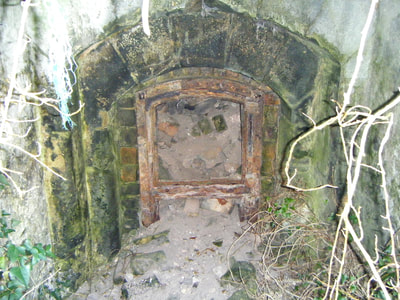 The surviving fire grate with its cast iron surround. 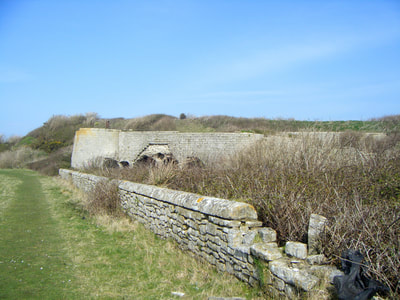 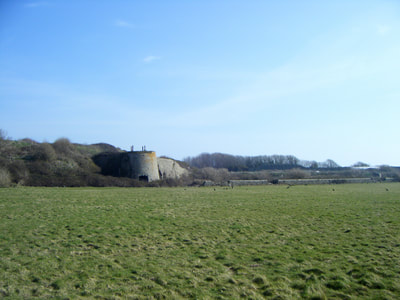 The surrounding field was once a stone yard, established in the 1890s, for use of the prison. 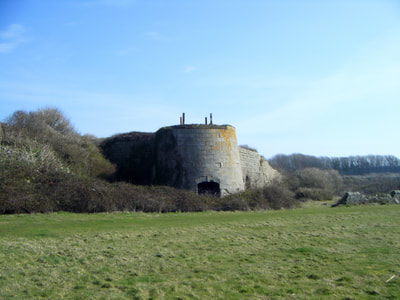 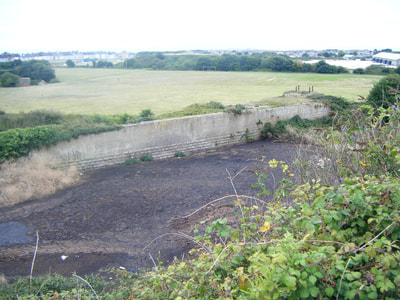 A view overlooking the rear of the kiln and the former stone yard beyond. 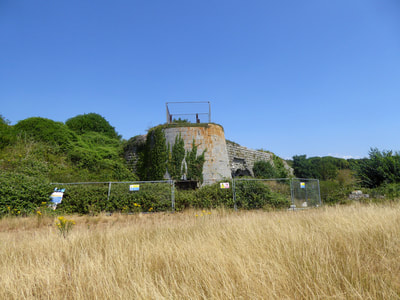 The lime kiln, seen in 2018, has since suffered further deterioration. 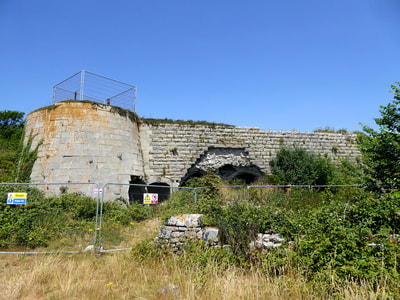 The site has now been fenced off. 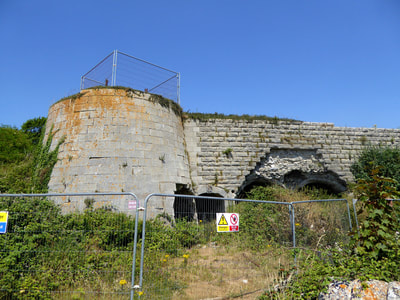 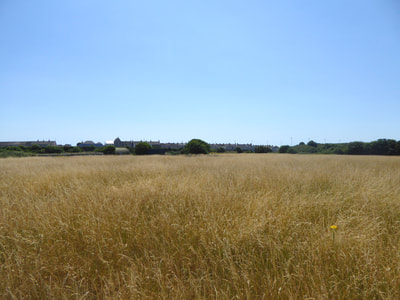 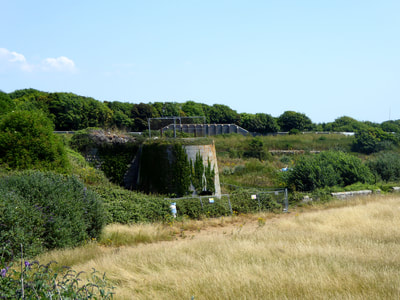 Looking across to the kiln from the north-west side of the field. Behind is a surviving section of wall, built to enclose the convict workings. 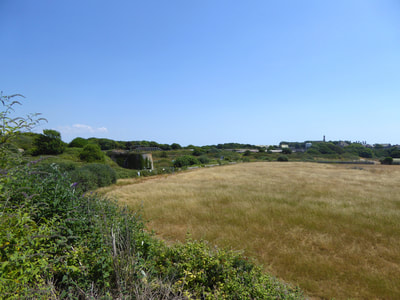 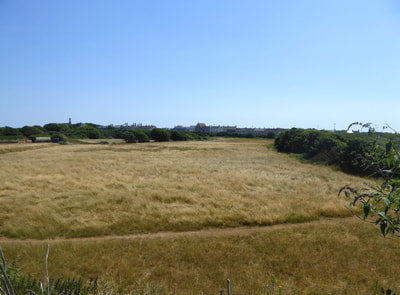 A good view across the former stone yard towards Grove Road. 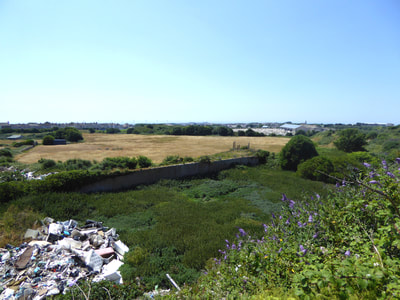 The rear of the lime kiln. 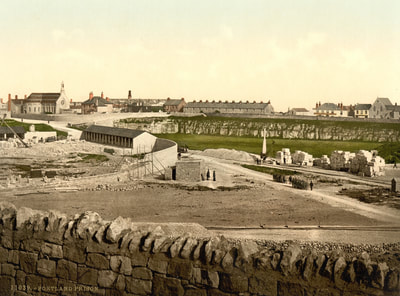 This late 19th century photograph shows part of the new stone yard constructed in the 1890s for use by convicts as part of the Admiralty Quarries. The lime kiln would be further left of the photograph. (Photo from the Photochrom Print Collection: lccn.loc.gov/2002708056)