King Barrow Quarry Nature Reserve is a nature reserve, based within an area of former 19th-20th century stone quarries, including King Barrow and Waycroft Quarries. Covering over 30 acres, the quarry is located in the north-east corner area of Tophill, close to New Ground. After its establishment as a Dorset Wildlife Trust nature reserve in 2004, the quarry has been restored for the benefit of wildlife and visitors. The trust also took over wildlife management of Tout Quarry Sculpture Park and Nature Reserve in 2012.

Both King Barrow and Tout Quarries form part of the Portland Quarries Nature Park, which opened in 2013 and also includes reserves at Broadcroft and Perryfield Quarries, Verne Common, and sections of Inmosthay and Bowers Quarries. The forming of the nature park has allowed for the restoration, enhancement and better management of its various sites, while also improving public access to them. Restoration of the ecological habitats includes the removal of harmful and invasive plant species, while archaeological and industrial features relating to past quarrying are preserved. Habitat management ensures that wildlife suited to limestone grassland can continue to thrive.

History and nature reserve status
The quarries of King Barrow and Waycroft originated in the 19th century and saw continued use into the 20th century as well. When the area was first quarried, many archaeological finds were reported, including Roman coffins, human bones, querns and pottery. However, most of these were destroyed as quarrying operations continued, while those that were recovered were taken to Dorset County Museum. Some finds are also now under the ownership of Portland Museum. The stone produced from the quarries was taken to Castletown for shipping using the horse drawn railway known as the Merchant's Railway.

After the quarries fell into disuse after the 1930s, the area was largely left to regenerate naturally. Between the 1970s and early 2000s, the area was popular for motorcycling. In 2004, the quarry became a nature reserve after the site owners, Portland Stone Firms Ltd, leased the quarry to the Dorset Wildlife Trust. Restoration and enhancement of the quarry's existing habitat was carried out for the benefit for both visitors and wildlife, and the site then named King Barrow Quarries Nature Reserve.

To date, signs of past quarrying operations can be seen in the form of working faces, large stacked walls of waste overburden, flat-topped spoil tips and partially shaped or dressed stone. In the south-eastern area of the quarry, a deep working retains a surviving platform with a few crane bases. Further industrial remains include tramway tracks and tunnels and quarrymen shelters. In 2006, the tramway tunnel known as Waycroft Tramway Tunnel was strengthened.

Wildlife
The quarry has become a haven for wildlife and features a wide range of plants and animals, including flora and fauna specific to limestone soil. Described as one of Portland's prime nature habitats, the area has a rich range of lichens and bryophytes, while some of the plant species include horseshoe vetch, kidney vetch and autumn gentian. King Barrow Quarry is particularly known for its blue butterflies, while other species such as adonis and chalkhill blue butterflies can also be found. Bird species include whitethroats, linnets, meadow pipits and little owls. 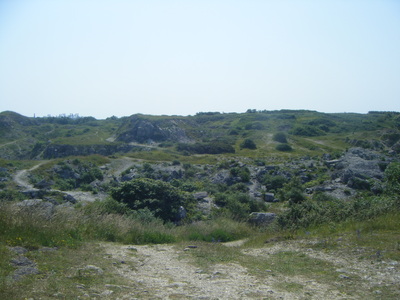 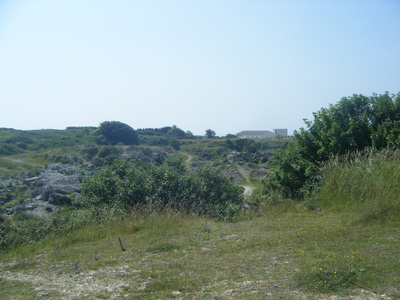 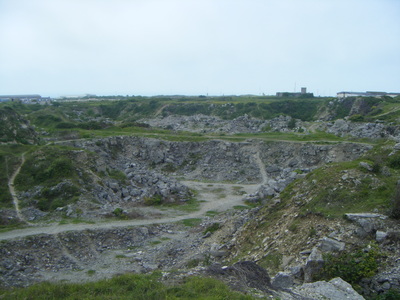 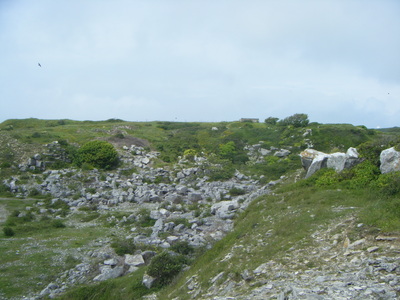 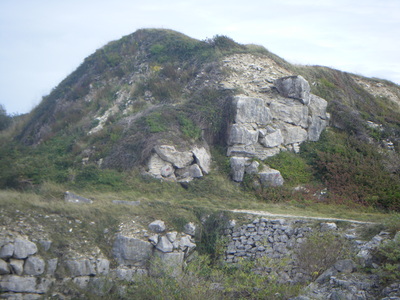 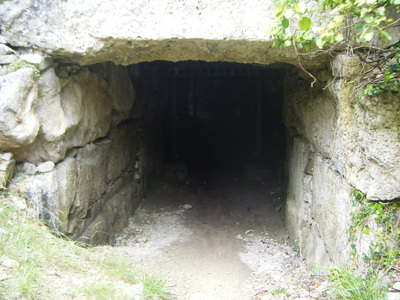 This tunnel is found within the quarry. 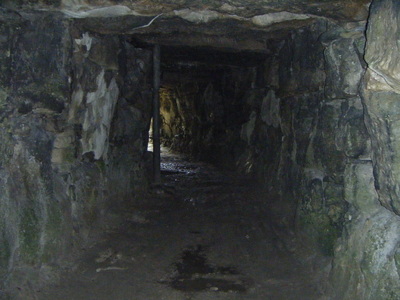 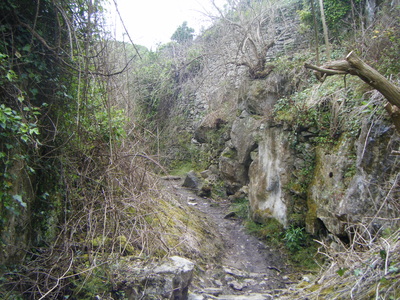 And it leads to an old tramway gully. 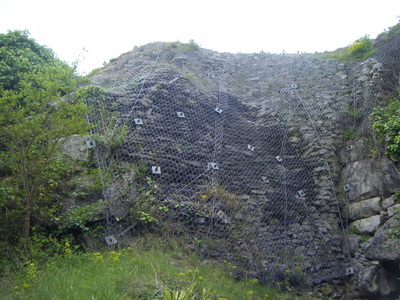 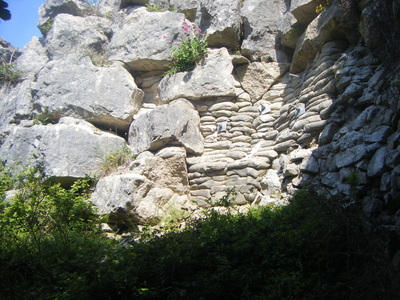 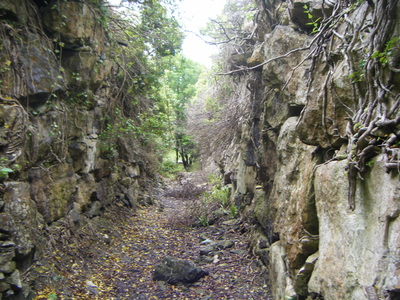 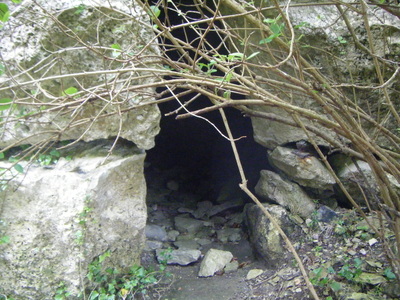 Through this gully is an old quarryman's shelter. 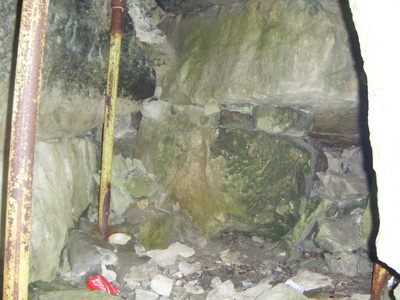 The inside of the shelter. 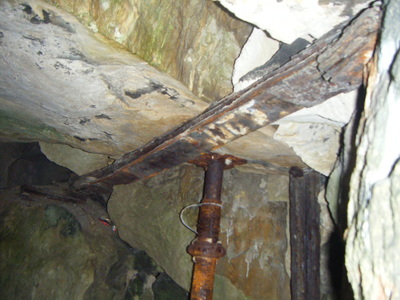 Aside from being strengthened in recent years, an old iron girder also remains. 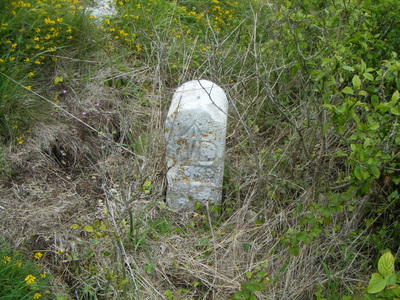