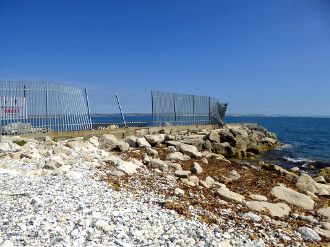 King's Pier was a stone shipping pier of 17th century origin on the east side of the island at East Weare. Today the location of King's Pier is occupied by a modern pier which serves as a boundary point of the estate owned by Portland Port Ltd. Further north of the pier is Balaclava Bay.

History
King's Pier dates back to the 17th century, when British architect Inigo Jones chose Portland Stone for the rebuilding of the Banqueting House at Whitehall, London, in 1619. The three-year contract between him and quarry owners on the island resulted in the establishment of various tracks and piers around East Weare and its coastline. One of these was King's Pier, which is recorded as being completed in 1622. It became one of Portland's primary stone shipping points on the east side of the island, alongside others such as Folly and Durdle Piers.

Following the Great Fire of 1666, Sir Christopher Wren sourced much stone for the rebuilding of London from the eastern cliffs of Portland. The workings were largely undertaken within the north-east region of the island, which later became incorporated into the Admiralty Quarries from 1849, and southwards towards Church Ope Cove. Much of the stone was shipped from the piers along East Weare including King's Pier. To date, evidence remains of quarrying from this period, including some roughly dressed stone and discarded waste stone.

Later at the end of the 17th century, St. Paul's Cathedral was in need of rebuilding and Portland stone was again chosen as the building material. A meeting in London, dated 20 January 1698, was attended by the Archbishop of Canterbury, the Bishop of London, the Dean of St Paul's, Sir Christopher Wren and others. It was agreed that a contract should be drawn up for Thomas Gilbert, a Portland quarry merchant and member of the London Masons Company, for him to create a track leading from the quarries to King's Pier for the sum of £500. The contract also ensured that Gilbert would keep the pier in good condition, with sufficient repairs at a rate of £40 per annum.

King's Pier continued to be actively used throughout the 18th century. One incident during 1755 reported how "a cart loaded with two and a half tons of stone fell over the head of the King's Pier and rolled down 100 feet without doing any other damage than breaking two of the horses ribs". By the beginning of the 19th century, King's Pier, Durdle Pier, three piers around Church Ope Cove, and the wharfs and pier at Castletown, had become the most important shipping points for stone.

During the early 19th century, when much of the area's quarrying activity came to an end, King's and other piers were no longer required for the shipping of stone. With demand for Portland stone continuing to increase, quarries began to move inland from the cliffs, making use of traditional stone shipping piers difficult. In 1826, the horse-drawn and cable-operated Merchant's Railway was opened, which allowed stone to be easily transported from the Tophill Quarries to Castletown.

Following its abandonment, much of King's Pier was reputedly incorporated into the foundations of the stop butt of a 400-yard naval rifle range built in the 1870s at King's Pier Hollow. This range was later demolished during the late 20th century and replaced with a small pier jutting out into the sea. This stretch of stone continues to provide a boundary point between the coastline accessible to the public and the private estate of Portland Port Ltd, who took over the former naval base at Portland Harbour in 1996. Fencing is erected along the pier to keep the public out. 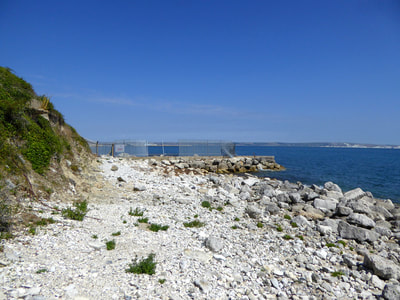 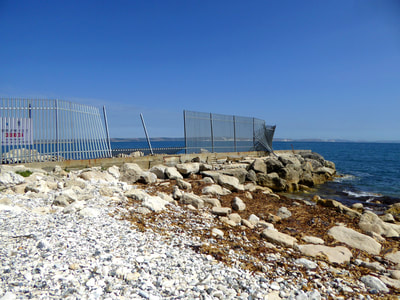 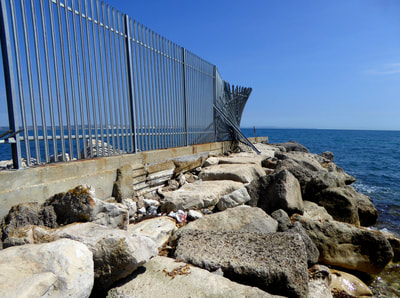 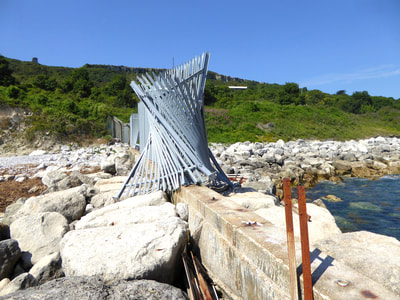 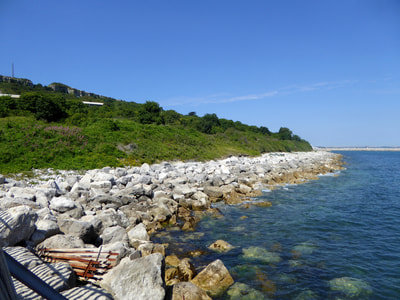 Looking further north from the pier, towards Portland Harbour. 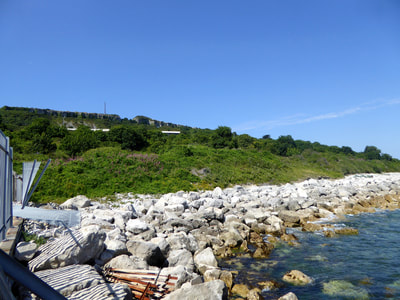 A rifle range was once located along the coastline here. It was demolished in the late 20th century. 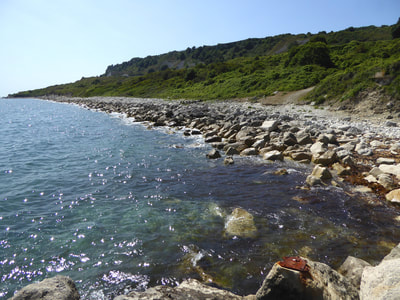 Looking south from the pier, across East Weare. 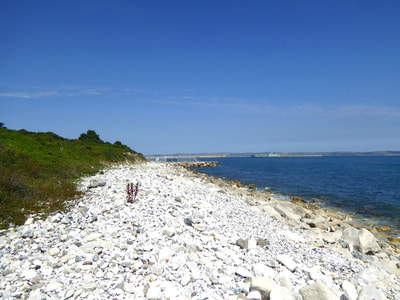 The pier as seen from further along the coast. 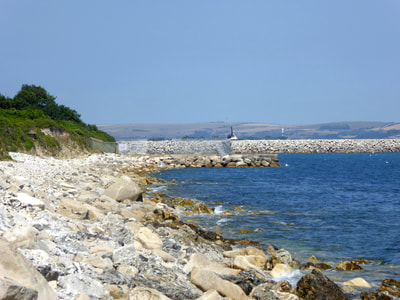 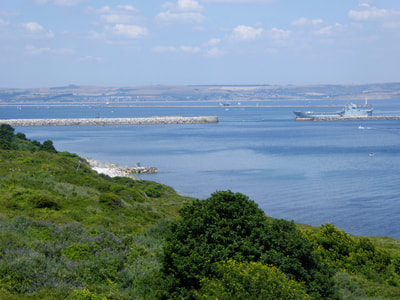 King's Pier as seen from higher up East Weare. 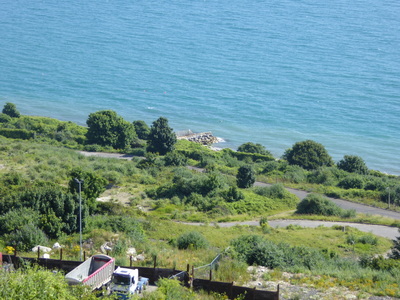 The pier seen from East Cliff.