As part of the World War II defences for HM Naval Base Portland at Portland Harbour, a number of structures were constructed both within the dockyard area and on the four breakwater arms of the harbour, while other 19th and early 20th century structures were also put into use. On the northern edge of the harbour's coaling pier are two World War II minewatching posts of identical naval design. They would have been constructed during 1940 as a part of British anti-invasion preparations, at a time when the German's invasion plan, Operation Sea Lion, was considered a major threat.

The posts are rectangular in shape, and built of red brick, with concrete roofs. The structures have all-round visibility through four embrasures, while the entrance of each is situated on the eastern side. Both posts are nestled among stone boulders piled along the edge of the pier. In c. 1978-80, the deep water berth was added to the coaling pier, which obstructed the original open, seaward view of the two posts.

At the time of inspection, in March 2015, the western-most post remains in a poorer condition than the one further east, though both show signs of exterior damage. The western-most post is far more obscured by the surrounding stone boulders and its entrance is blocked. The corner of the roof, nearest to the entrance, has suffered some damage. 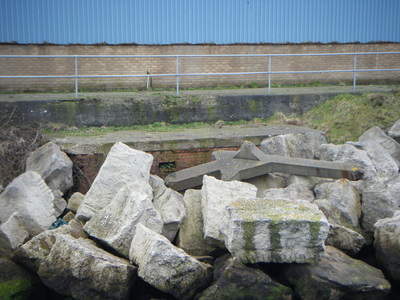 The post is notably lower amongst its boulders than the eastern-most one. 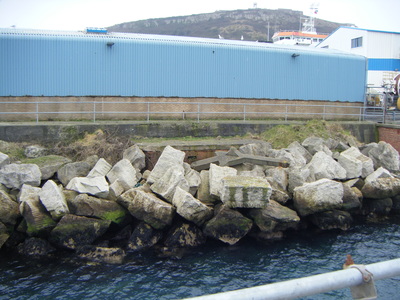 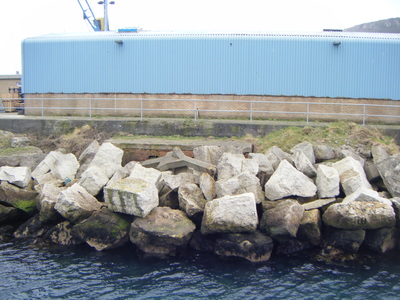 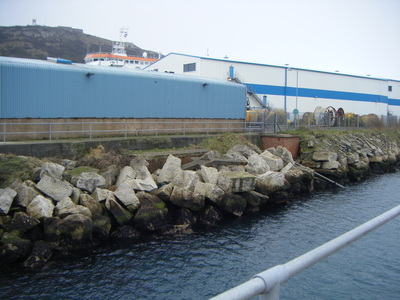 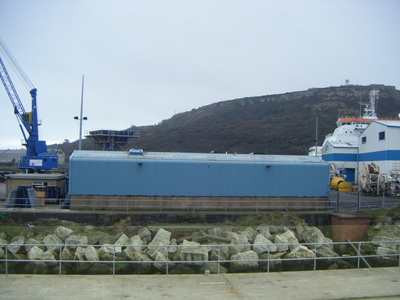 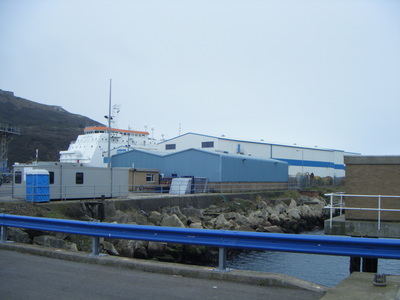 The post as seen from the deep water berth entrance. 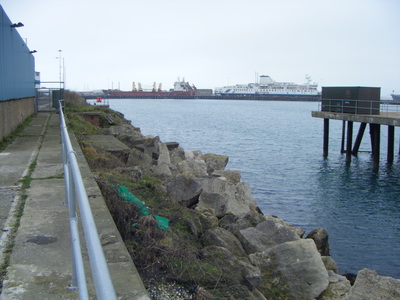 The roof of the post can be seen here. 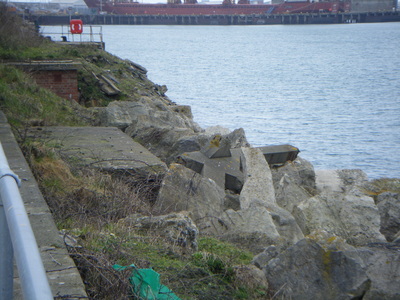