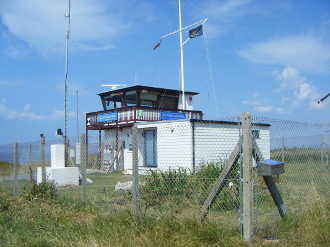 NCI Portland Bill is a lookout station operated by the National Coastwatch Institution (NCI) on Branscombe Hill, half a mile north of the tip of Portland Bill, where it sits at an approximate height of 50 metres above sea level. The site was previously the location of an earlier HM Coastguard lookout, built in the early 20th century.

History
For centuries, Portland's position in the English Channel, with its treacherous coastline, has made it a major shipping hazard. Both Chesil Beach and Portland Bill in particular have been the location of many shipwrecks. The narrow promontory of Portland Bill is notably dangerous because of its shallow reefs and ledges such as the Portland Ledge, the Shambles sandbank to the south-east, and the Portland Race - a tidal race caused by the clashing of tides, and further exacerbated by the reduced depths over the Portland Ledge. To date, Portland Bill continues to remain an important way-point for coastal traffic.

A coastguard station at Portland Bill was established in c. 1899, along with a row of cottages, known as the Coastguard Cottages, south-west of the Old Lower Lighthouse, and remained in operation until the mid-20th century. A coastguard lookout was also established at Branscombe Hill during the early 20th century. Providing 24 hour operations, the lookout remained active until its closure in the 1990s as part of cost-saving measures, which affected many HM Coastguard facilities across the UK.

With the on-going closures, the National Coastwatch Institution was established in 1994 after two young fishermen drowned directly in front of a closed lookout at Bass Point in Cornwall. When Portland's lookout closed, the institution quickly decided to re-open it. By that time, the station was in need of repair and in May 1996, a number of volunteers under the station's first manager Dave Crabb, began restoring the building. Work continued until early 1997 and the NCI Portland Bill station was officially opened on 27 May 1997.

Despite the successful restoration, the station was still deemed inadequate, largely due to a lack of space. A fundraising campaign was launched in the early 2000s by the station manager Geoff Peters, allowing the station to be rebuilt in 2004. The new station's watch room was extended, while additional space was made available for storage, a meeting room and a sewing room for the flag maker's industrial sewing machine. The new station started operating on 27 July 2004, when a service of blessing was conducted by Reverend Anita Thorne, which was attended by 100 guests. Portland's Coastguard Search and Rescue Helicopter, Whiskey Bravo, flew past in honour of the occasion. The official opening of the station soon followed and was carried out by the Princess Royal.

Operational details
The station is equipped with a range of state of the art technology, including radar, AIS (Automatic Identification System) for identifying shipping, a weather monitoring system and high powered binoculars. In February 2012, a specialist CCTV camera was installed at the top of the Portland Bill Lighthouse to provide the station with a visual of the inshore passage around Portland Bill. In 2013, the station logged 15,962 vessels passing in the area, and was involved in over 160 incidents.

The lookout is operated by volunteers and is reliant on public donations. It is manned in four hour shifts, usually by three watchkeepers, from 07:00–19:00, 364 days each year, with volunteers also on standby throughout the hours of closure, including Christmas Day. The station has over 60 highly trained volunteers, who collectively donate around 9,400 man hours to the station each year, excluding administration work and training.

Awards
In 2009, NCI Portland Bill was the winner of The Wessex Charity Award (Volunteers of the Year). During the Queen's Diamond Jubilee year (2012), the station was presented with The Queen's Award for Voluntary Service - the highest recognition possible for volunteers. In August that year, the Princess Royal, together with Vice Admiral Sir Tim Laurence, arrived at Portland to present the award. Following their visit, both the Princess and Vice Admiral decided to officially join the team at Portland Bill as honorary watchkeepers. 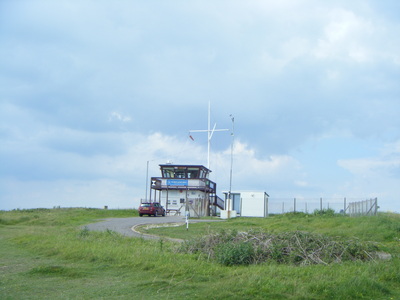 The station as seen at the highest point overlooking Portland Bill. 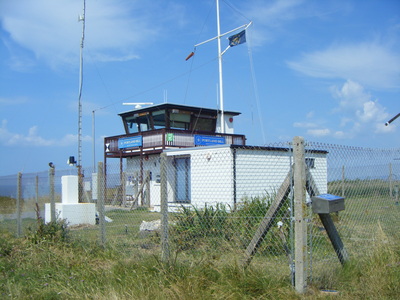 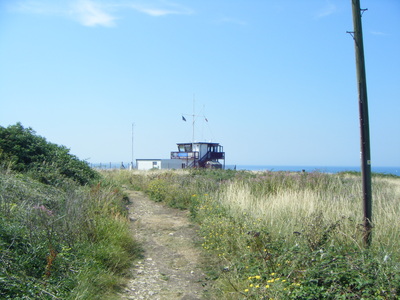 The station seen from the west side of Portland. 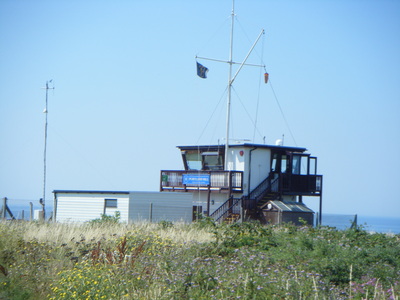 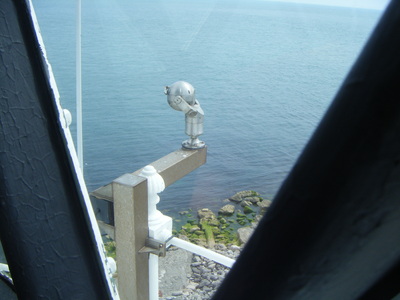 At the top of Portland Bill Lighthouse, the NCI had a CCTV camera installed to monitor the inshore passage around the Bill. The NCI were originally unable to see this area from the station. 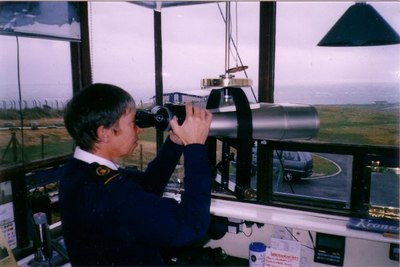 One of the station's volunteers within the original lookout in 2003. (© Stephen Williams, licensed for reuse under CC BY-SA 2.0: geograph.org.uk/photo/345506)