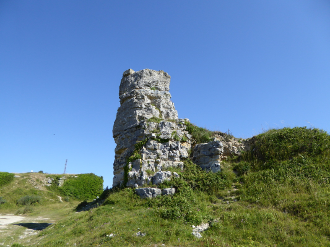 Nicodemus Knob is a column of rock at East Cliff, in an area of the former Admiralty Quarries. It stands at an approximate height of 30 feet and is similar to the quarrying-related landmark of Pulpit Rock at Portland Bill.

History
Nicodemus Knob originated with the creation of Portland Harbour in the mid-19th century. Following the government's approval of the Portland Breakwater Act in 1847, the natural anchorage known as Portland Roads was transformed into a harbour of refuge, with two breakwater arms constructed between 1849-1872. In order to provide the stone needed to build the breakwaters, the Admiralty purchased a large amount of common land within the north-east region of the island. This included East Cliff, which had previously seen use as part of the King's Quarries in the 17th and 18th centuries. Portland Prison, built in 1848, provided the required labour within the Admiralty Quarries.

Over the course of the breakwater's construction, an estimated six million tons of stone was used, the majority of which came from the Admiralty Quarries. Nicodemus Knob was formed within the northern region of the quarries, which fell into disuse once the breakwaters were completed. The stone feature provides a visual reminder of the amount of stone excavated for the building of the breakwaters.

The reason for the column of rock being left is uncertain. One theory suggests that it was left for use as a seamark, to benefit both naval and merchant vessels using the new harbour. Others believe it was merely to record the natural ground level height prior to the quarrying activity of the mid-19th century. The name "Nicodemus Knob" is derived from a promontory at East Weare, near to Grove Point, which was referred to as "Nicodemus Knowle" until Victorian times.

Close to Nicodemus Knob are two flat rectangular areas with hard porous surfaces, established in the c. late 1970s as sport grounds for Royal Navy personnel, one for soccer and the other hockey. Following the closure of HM Naval Base Portland in 1996, Portland Port Ltd acquired the land and began using it as an industrial storage site. This was still in existence in 2006, but was soon stripped and all storage removed, leaving the site vacant to date. The general area around the stack is known for being "botanically rich", and is frequently visited by migrant birds. 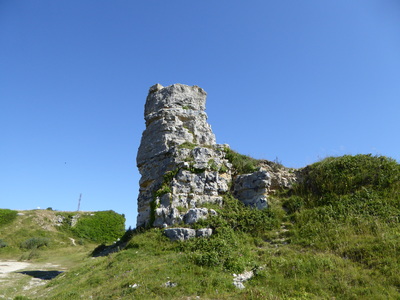 Nicodemus Knob showing the original height of this part of Portland, before quarrying. 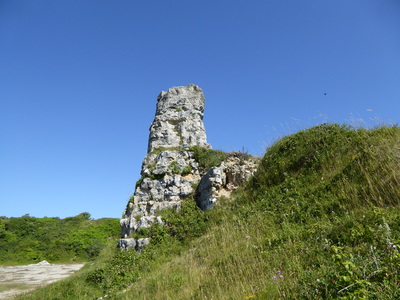 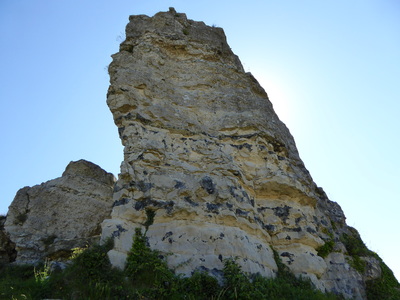 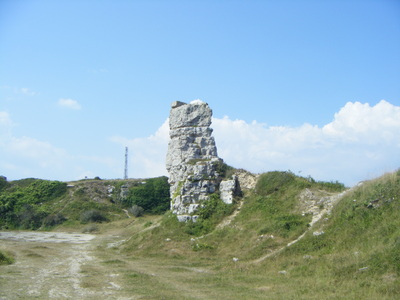 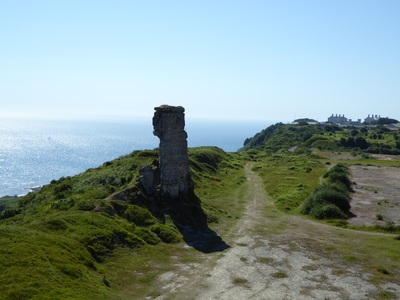 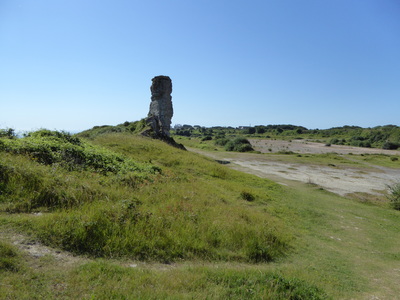 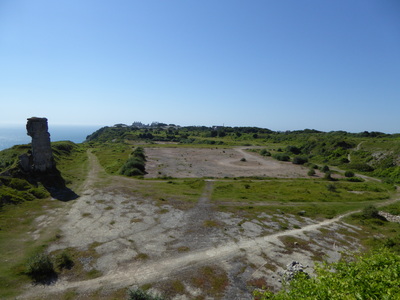 Nicodemus Knob on the left, and the now empty storage site owned by Portland Port. 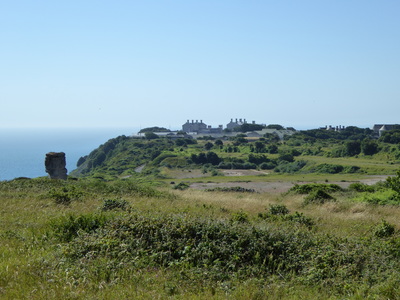 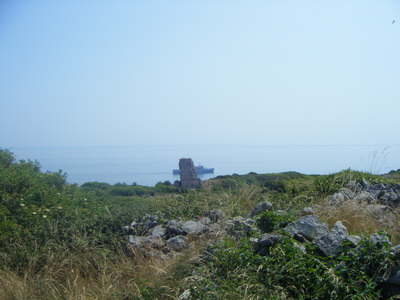 Nicodemus Knob and the surrounding natural area further up. 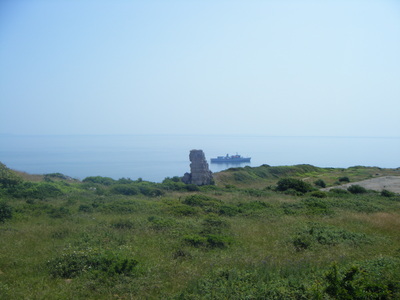 And as a naval ship passes... 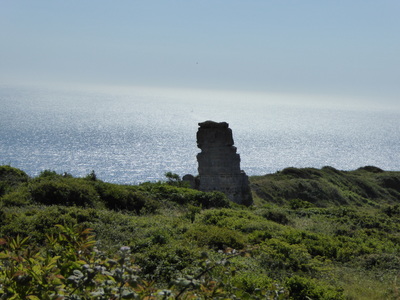 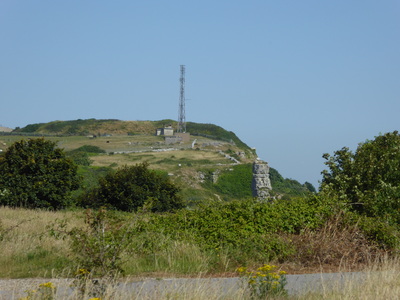 A distant photograph, with the pillar seen on the right.