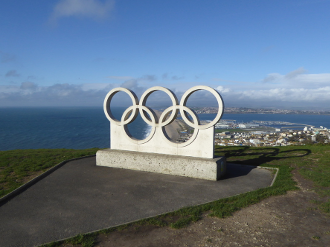 The Olympic Rings is a stone sculpture, created to celebrate the London 2012 Summer Olympics of which the Weymouth and Portland National Sailing Academy was host of the sailing events. The sculpture, made of Portland stone, stood outside Weymouth's railway station for the duration of the games and was later relocated to New Ground at Portland, where it has since become a popular attraction. The sculpture is 2.5 metres tall and 3.8 metres long, with a weight of 9 tonnes.

History
London was announced as the host city of the 2012 Summer Olympics on 6 July 2005. As part of the successful bid, the newly-constructed Weymouth and Portland National Sailing Academy at Osprey Quay was chosen to host the sailing events of both the Olympic and Paralympic Games. With Weymouth and Portland Borough Council committed to meeting a range of requirements in preparation of the events, the council went on to receive £440,000 of government funding as part of the 'Look and Feel' programme and its associated 'Spectaculars' programme. The capital was provided to enhance the borough with Olympic-related decorations and create a "celebratory atmosphere" during the events.

Under the 'Spectaculars' programme, the borough council commissioned a stone sculpture of the Olympic Games' five-ringed symbol, commonly referred to as the Olympic rings, to celebrate the area's involvement with the games. It was decided that the rings would be displayed in Weymouth for the duration of the 2012 sailing events and then relocated to Portland afterwards, where they would remain to commemorate the borough's contribution to the games.

The sculpture was created by Albion Stone in their factory and workshops at Independent Quarries, near Easton. It was made using ten individual blocks of stone which were assembled together using steel dowels and chemical resin. The five rings were carved from Jordan Whitbed (from Jordans' mine at Inmosthay Quarry), while the base used Roach stone for its characteristic quality. In total, the sculpture took 190 hours to complete.

The sculpture was first publicly announced on 15 June 2012 by Simon Williams, head of the borough's 2012 operations team, during a business event at the Riveria Hotel in Bowleaze, Weymouth. On 20 June, the sculpture was placed by crane outside Weymouth's railway station to serve as a welcome to visitors during the events. It quickly proved a popular attraction and remained on display until 26 August, when it was replaced by a sculpture of the Paralympic mascot Mandeville for the upcoming Paralympic Games.

On 27 June, Weymouth and Portland Borough Council submitted a planning application for the sculpture to be relocated to New Ground on Portland, which was approved on 1 August. New Ground had been selected for a number of reasons, including it being a popular viewpoint and easily accessible to the public. The proposed site overlooked the sailing academy and Portland Harbour, while the borough council also believed the location would ensure the sculpture acted as a permanent reminder of the 2012 Olympics and the borough's role.

The Olympic Rings were unveiled at their new location on 20 September by the Mayor of Weymouth & Portland, Margaret Leicester, the Mayor of Portland, Sylvia Bradley, and ten local children. With its placement at Portland, the sculpture quickly became a popular attraction with visitors and a much-photographed feature on the island.

In 2014, Portland Town Council raised concerns that visitors frequently climbing on the sculpture might lead to an injury claim. In November that year, a caution sign was placed on the side of the sculpture's base, while a tarmac pathway and surrounding was laid for visitors to use. Later in 2018, concerns were raised by Albion Stone and the borough council over the sculpture becoming increasingly unstable, with the rings having been loosened from the base. In July, a warning sign was added and wooden fencing then erected around the sculpture as a short-term measure. 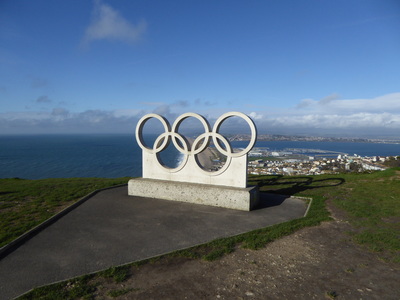 The Olympic Rings shown in 2015, with the tarmac path laid around it. 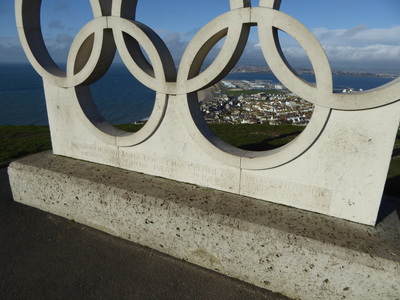 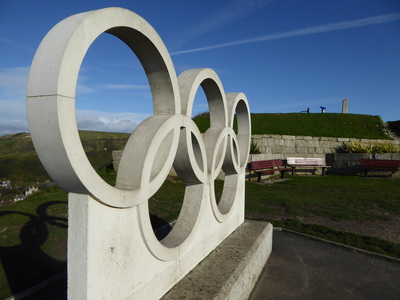 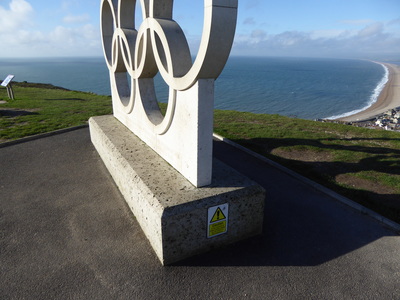 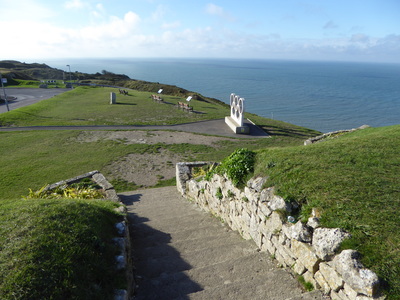 A look at the surrounding land of the rings. The Portland Heights Hotel would be further left of this photograph. 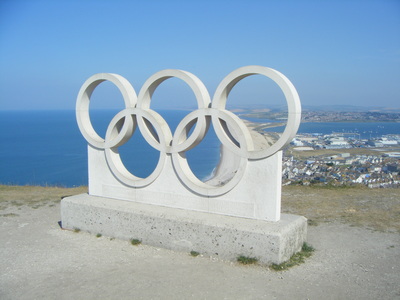 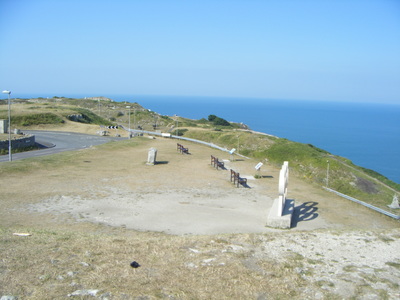 A similar photograph, in 2014, before the pathway was laid. 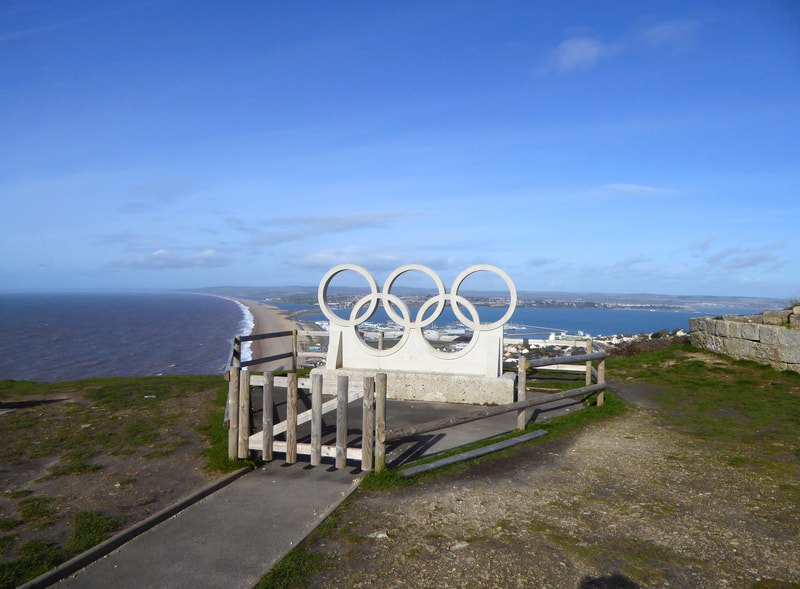 The wooden fencing was added around the sculpture in 2018.