The remains of a World War II pillbox, located on Chesil Beach, within the southern region of the Fleet Lagoon (grid reference: SY 66588 75631). It is situated close to the Chesil Beach Centre and its car park, off Portland Beach Road. Built of reinforced concrete and brick, the pillbox had a six-sided plan. It was constructed sometime during 1940 as part of British anti-invasion preparations, at a time when the German's invasion plan, Operation Sea Lion, was considered a major threat. Across the UK, approximately 28,000 pillboxes and other similar defensive structures were built as part of the anti-invasion preparations, with around 6,500 surviving today.

As part of the Defence of Britain Project, the pillbox was inspected in 1996, which recorded it as surviving only as a "hexagonal base with walls 18 inches thick". To date, the remains of the pillbox survives in a similar state. The majority of the structure has been buried in the pebbles of the beach, while the top has been largely reclaimed by grass. It is possible the pillbox has been moved by nature from its original position.

Aside from various pillboxes overlooking Chesil Beach from land, stretching across to West Bay, there are various other remaining examples of pillboxes and other defensive structures placed on the pebble banking of the beach itself. The most notable location is close to Abbotsbury, at the northern end of the Fleet Lagoon, where pillboxes, anti-tank blocks and small gun emplacements remain. 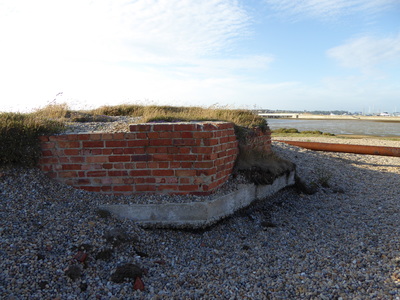 The remaining base and walls of the pillbox, with the Fleet Lagoon and Ferry Bridge in the background. 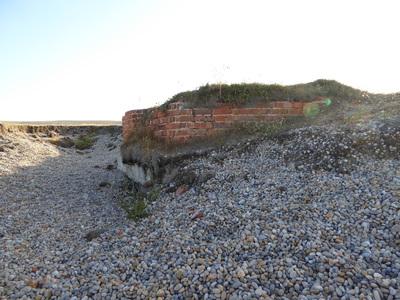 The other exposed side of the pillbox. 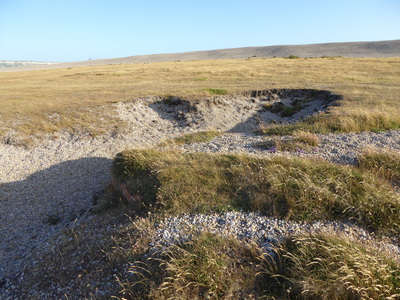 The top has been covered in pebbles and grass. 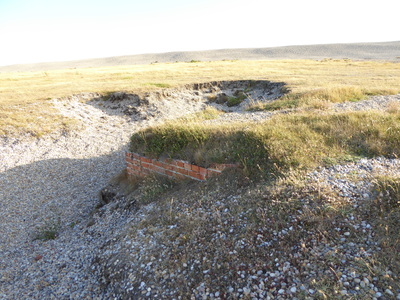 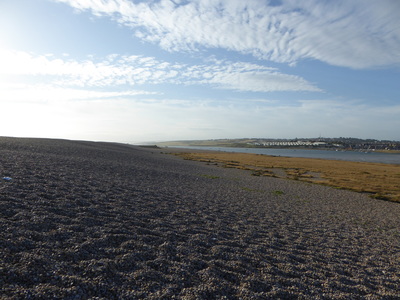 In this photograph the pillbox is roughly situated at the far end of the grassy area. 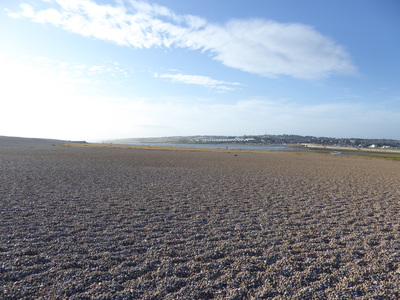 Another distant view towards the well-hidden pillboxes location, with the remaining butt of the Chesil Beach Rifle Range seen on the left.