A World War II pillbox, located at East Weare, overlooking Portland's east coastline (grid reference: SY 69618 73917). One of a number of pillboxes to be built within the vicinity of the East Weare Batteries, this example is located in the area known as D Battery. Built of reinforced concrete, the pillbox has a six-sided plan and notably wide embrasures to provide a wide field of fire and all-round visibility. It was constructed sometime during 1940 as part of British anti-invasion preparations, at a time when the German's invasion plan, Operation Sea Lion, was considered a major threat. Across the UK, approximately 28,000 pillboxes and other similar defensive structures were built as part of the anti-invasion preparations, with around 6,500 surviving today.

As part of the Defence of Britain Project, the pillbox was inspected in 1996 and was recorded as being extant. At the time, the site had been tidied up and cleared of undergrowth by the Royal Navy. The pillbox survives to date, although the surrounding area has again become obscured by foliage. Due to the pillbox's position on a raised platform, it is one of the few features at D Battery not to be entirely obscured by undergrowth.

The pillbox is located on Portland Port Ltd land and is inaccessible to the public. However, it can be viewed from a distance in the grounds of the Verne Citadel. 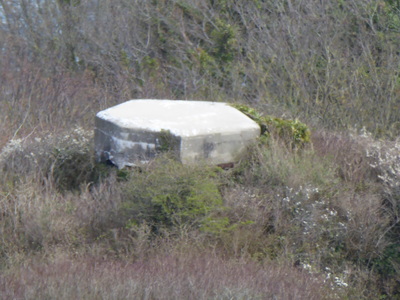 The pillbox as seen today from the Jailhouse Cafe at the Verne Citadel. 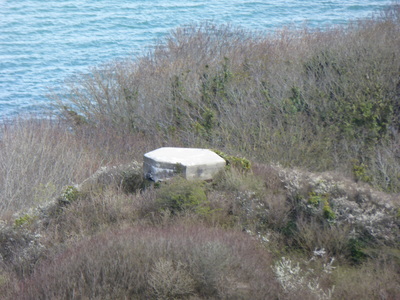 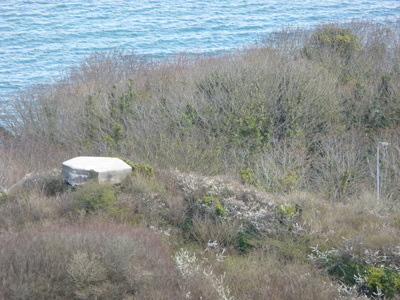 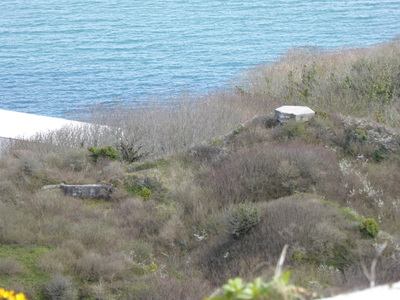 Note the heavily overgrown surroundings of D Battery, and part of the battery's structure still visible behind the white building. 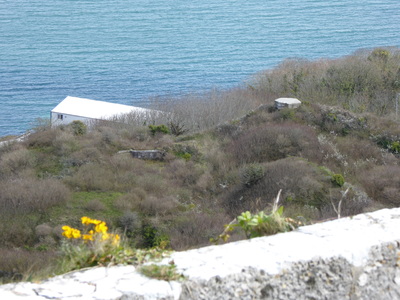 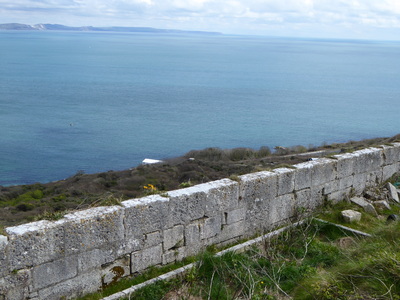