A demolished World War II pillbox, located at East Weare, overlooking Portland's east coastline (grid reference: SY 69652 73530). One of a number of pillboxes to be built within the vicinity of the East Weare Batteries, this example was found on the south-east outskirts of the Verne Citadel, and south-west of A Battery. Built of reinforced concrete, the pillbox had a six-sided plan and notably wide embrasures to provide a wide field of fire and all-round visibility. It was constructed sometime during 1940 as part of British anti-invasion preparations, at a time when the German's invasion plan, Operation Sea Lion, was considered a major threat. Across the UK, approximately 28,000 pillboxes and other similar defensive structures were built as part of the anti-invasion preparations, with around 6,500 surviving today.

As part of the Defence of Britain Project, the pillbox was inspected in 1995 and was recorded as being in good condition. By this time, the entrance had been sealed with breeze blocks. By 2015, the pillbox remained in a good state, although it had become surrounded by undergrowth and had some ivy attached to its walls. Unlike the other pillboxes surrounding East Weare Batteries, this particular example was located outside of Portland Port Ltd's boundary fencing. It was accessible via a public footpath leading under the cliff-face, close to Nicodemus Knob.

In 2016, Portland Port Ltd demolished the pillbox during the erection of new boundary fencing. 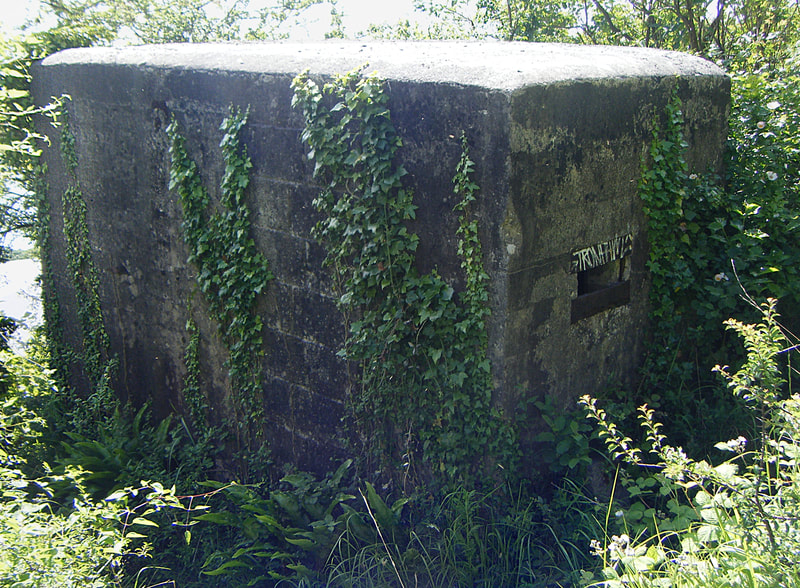 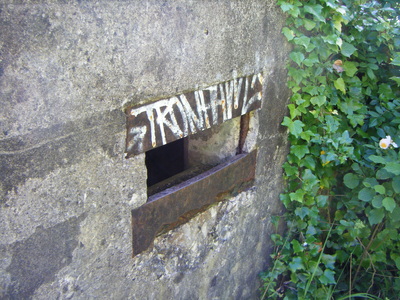 With very little graffiti - this being the most notable example. 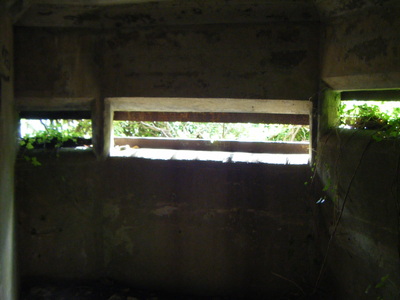 The embrasures of the pillbox as seen from the outside, looking in. 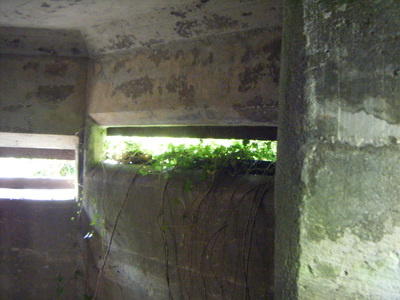 Overgrowth pushing through one of the embrasures. 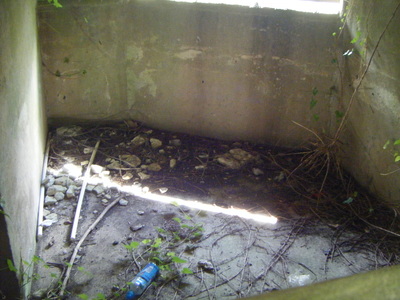 The interior of the pillbox. 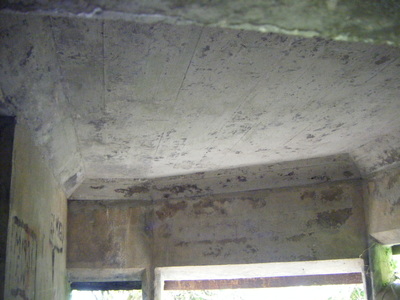 The ceiling of the pillbox. 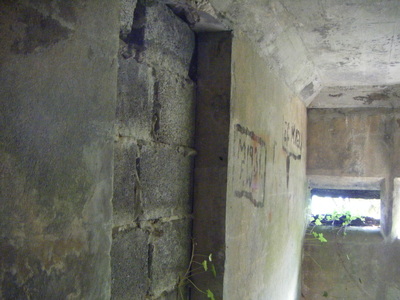 The entrance sealed with breeze blocks had kept the interior clean. 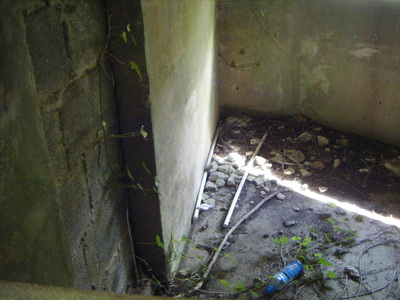 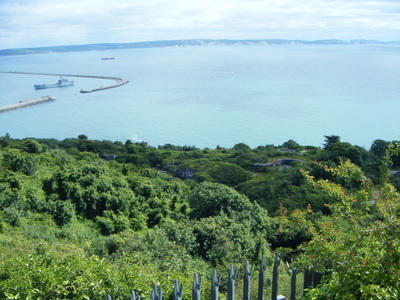 From the rooftop of the structure, a good part of the East Weare Battery can be seen.