A World War II pillbox, located at East Weare, overlooking Portland's east coastline (grid reference: SY 70380 72628). It is one of two pillboxes to be found in the southern vicinity of the East Weare Rifle Range; this one being located adjacent to one of the range's surviving sentry posts. Built using reinforced concrete, the pillbox has a six-sided plan. It was constructed sometime during 1940 as part of British anti-invasion preparations, at a time when the German's invasion plan, Operation Sea Lion, was considered a major threat. Across the UK, approximately 28,000 pillboxes and other similar defensive structures were built as part of the anti-invasion preparations, with around 6,500 surviving today.

As part of the Defence of Britain Project, the pillbox was inspected in 1996 and was recorded as being in good condition. To date, the pillbox survives in a similar state, although the structure has become largely obscured by undergrowth. The entrance remains sealed with breeze blocks. Due to the remoteness of the area, and the pillbox's concealed nature, it has not become a target for graffiti or vandalism.

The pillbox, and the adjacent sentry post, can be reached by a set of concrete steps that lead from the coast path below. 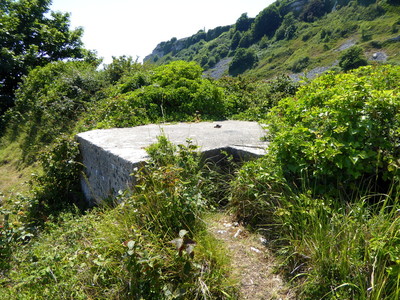 The pillbox is now surrounded by undergrowth, which often leaves only the roof of the structure exposed. 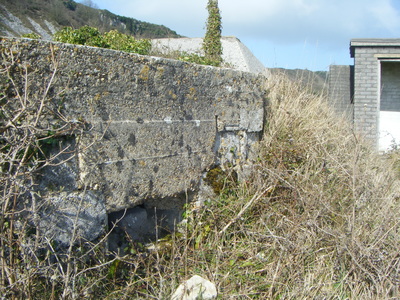 The front of the pillbox. 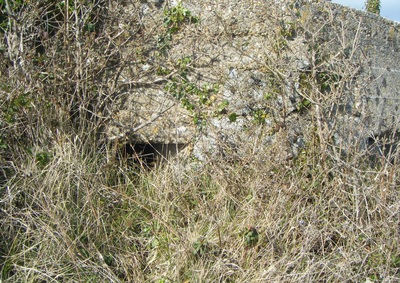 The embrasures are still visible. 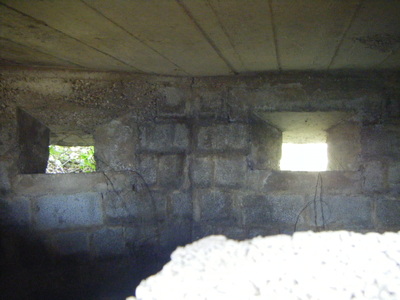 The inside of the pillbox as seen through one of the embrasures. 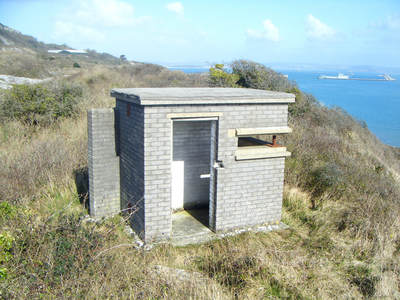 This early 20th century sentry post sits next to the pillbox. 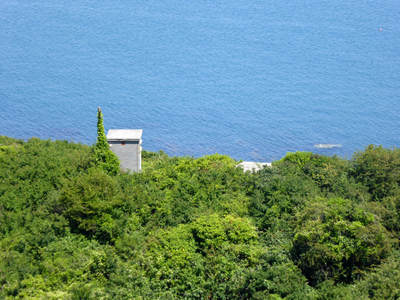 As seen from Grove Point, the roof of the overgrown pillbox can be seen to the right of the rifle range sentry post.