A World War II pillbox, located at East Weare along Portland's east coastline (grid reference: SY 70478 72746). It is positioned overlooking Folly Pier and close to the remaining reservoirs of Folly Pier Waterworks. Built using reinforced concrete and stone, the pillbox has a six-sided plan. It was constructed sometime during 1940 as part of British anti-invasion preparations, at a time when the German's invasion plan, Operation Sea Lion, was considered a major threat. Across the UK, approximately 28,000 pillboxes and other similar defensive structures were built as part of the anti-invasion preparations, with around 6,500 surviving today.

As part of the Defence of Britain Project, the pillbox was inspected in 1996 and was recorded as being in a good condition. To date, the pillbox survives in a similar state, although minor land movement has resulted in the pillbox slightly overhanging the bank it sits on. The roof has become covered in grass, while the entrance has a minor amount of ivy growing on its walls. A couple of the embrasures, those on either side of the entrance, have become partially obscured by earth. Due to the remoteness of the location, and the pillbox's concealed nature, it has not become a target for graffiti or vandalism. 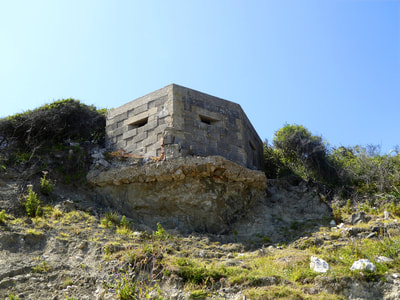 The pillbox as seen today, balancing precariously on the Kimmeridge clay above Portland's eastern coastline. 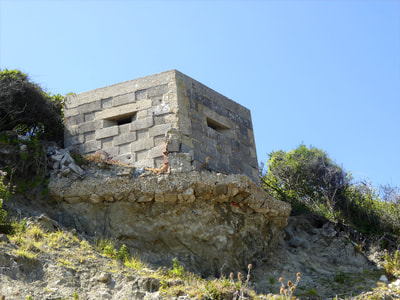 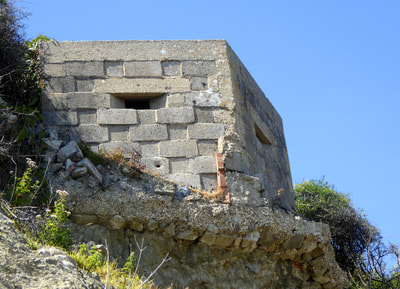 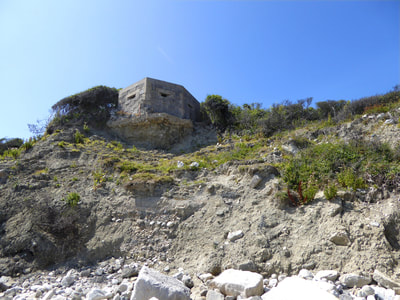 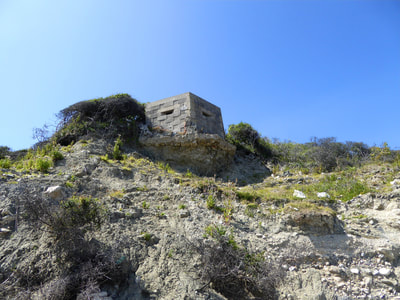 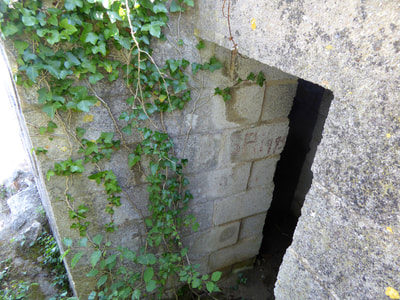 The entrance to the pillbox. 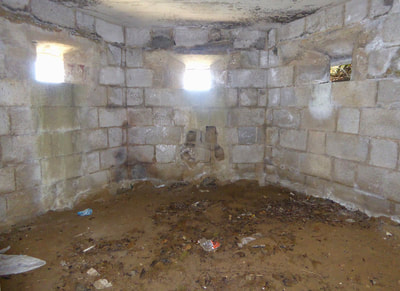 The inside of the pillbox. The structure has five embrasures, three of which are seen here. 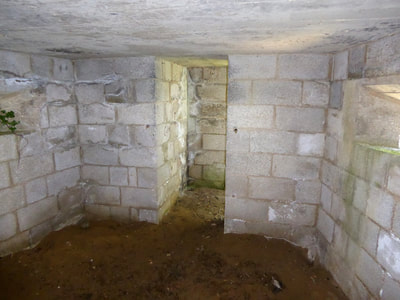 The entrance to the pillbox from the inside. 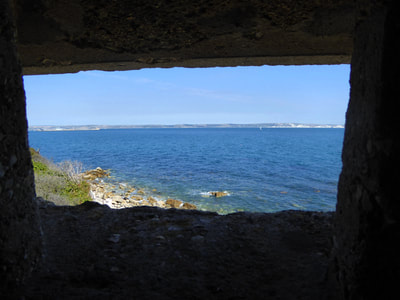 The view out towards Portland Harbour and Weymouth Bay from one of the embrasures. 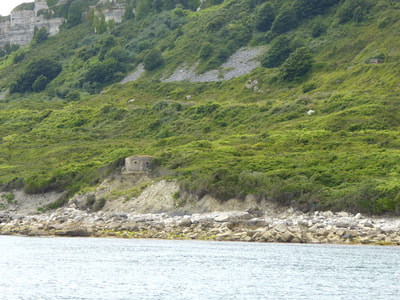 The pillbox as seen from the sea. 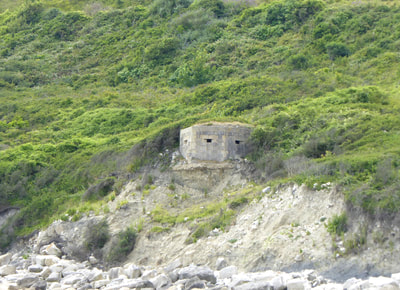 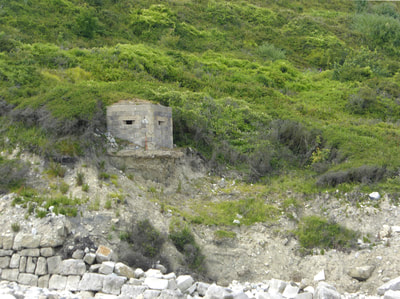