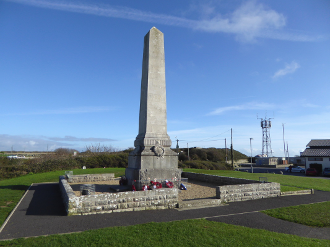 The Portland Cenotaph is a war memorial at Yeates, overlooking Underhill and Chesil Beach. The monument, which bears the inscription "In memory of our gloriovs dead 1914-1918", was erected in 1926 in dedication to the 237 local soldiers who died during the Great War. Additional tablets were added after World War II, bearing a further 108 names. The cenotaph has been a Grade II listed monument since May 1993.

History
Approximately 1,000 Portland men fought during the Great War. Following the Armistice on 11 November 1918, the local community expressed their wishes in having a memorial erected to honour those from the island who lost their lives. A War Memorial Committee was soon established to raise the required capital by public subscription. Despite Portland stone being used extensively in many war memorials and headstones across the UK and overseas, Portland's own memorial would not be erected until 1926.

Although the original fundraising efforts managed to raise a few hundred pounds, the committee failed to generate enough capital, resulting in the plans for Portland's war memorial to be halted. Efforts re-commenced in 1925 and enough funds had been raised during the following year to commission the cenotaph's construction. While the communities of Underhill and Tophill originally argued for two separate memorials, a compromise was reached by selecting Yeates as the cenotaph's location, allowing it to be seen by both communities.

The monument, minus the engraving of names, cost £523 and was built at Bottomcombe Masonry Works by Bath Stone Firms Ltd. Messrs Smith and Lander carried out the engraving work, while Mr. Bernard Patten erected the memorial. It was unveiled on Armistice Day, 11 November 1926, by ex-Private Wilfred Crespin, a former soldier who lost three brothers in the war. During the opening ceremony, Crespin was greeted with respectful silence as he removed the flags which covered the memorial. Rev. D. Barnes Griggs, the rector of Portland, performed the dedication ceremony, assisted by the Wesleyan superintendent minister Rev. J. Simpson Hall and J. E. Leonard of the United Methodists.

In September 1940, a German air raid saw a bomb almost hit the memorial, and while it escaped major damage, it was blackened by the blast. After World War II, the local men who died were recorded on four new tablets, which were added beneath those from World War I, with the title: "And of those who made the supreme sacrifice in the second World War 1939-1945". These new tablets were unveiled and dedicated on Remembrance Sunday, 11 November 1951.

The cenotaph has undergone restoration on a number of occasions, including in 1989. The latest restoration, initiated by the Portland Community Partnership, was carried out in March-April 2008. It was funded by Weymouth & Portland Borough Council and a grant of £310 from the War Memorials Trust. The restoration was carried out by Messrs Humphries and Jones of Crewkerne, and consisted of a thorough cleaning, and the re-gilding and re-painting of the cenotaph's lettering.

Design
The memorial, built of Portland stone, weighs 42 tons and stands at a height of 30 feet. Historic England describe its overall design as a "square tapered shaft with a pyramidal finish on a lofty pedestal and base". The inscriptions are written in incised Roman lettering, with each tablet having a carved wreath situated above. The cenotaph is placed within a walled enclosure on a gravel bed. 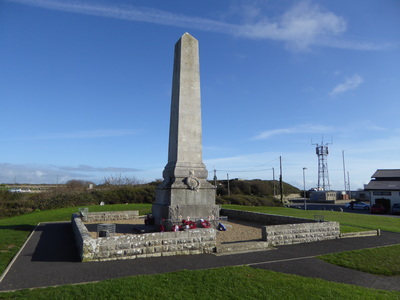 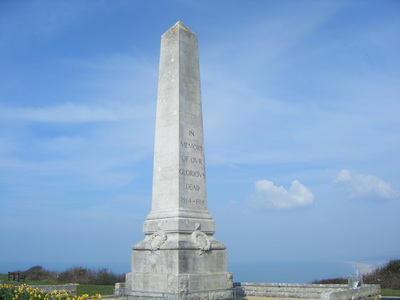 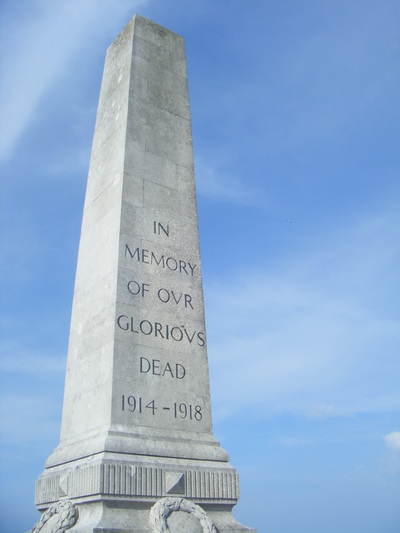 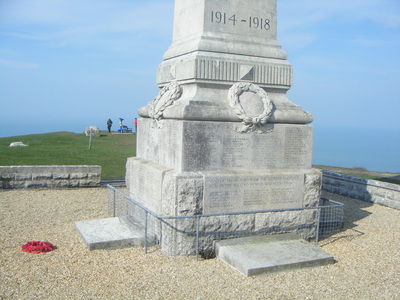 The higher section of names are from World War I, and the bottom section later added as a memorial to those lost during World War II. 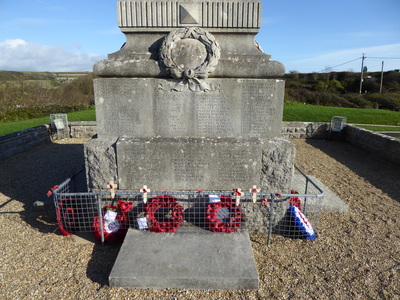 The memorial around Remembrance Day 2015. This is the western face of the memorial. 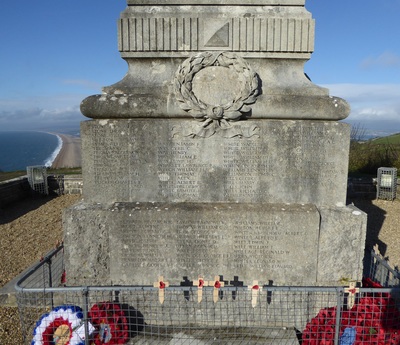 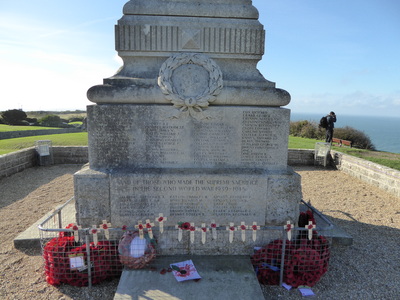 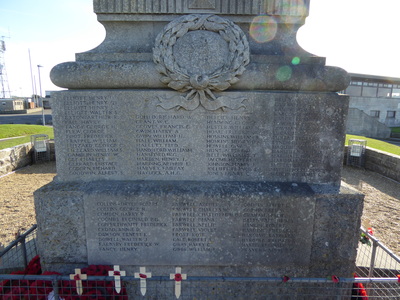 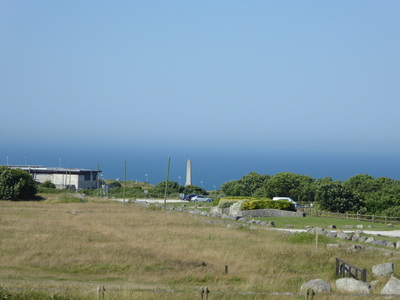 The Cenotaph as seen from further towards East Cliff.