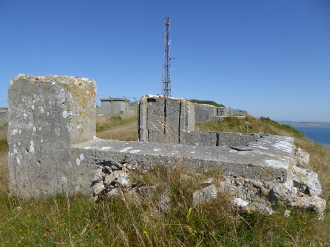 At the northernmost region of East Cliff, along the eastern edge of the former RAF Portland ROTOR Radar Station, are the remains of four Position Finding Cells. They were constructed around 1890-95, in connection with the Verne High Angle Battery, located to the west. Like the Verne Citadel to the north, the battery was built to protect Portland Harbour and its naval establishments.

History
The concept of high angle batteries originated in the 1880s as a solution to the increasingly stronger armour that battleships were being fitted with. Rather than try to penetrate the thick armour sides, high angle batteries would allow shells to be dropped down on the more vulnerable upper decks of enemy vessels, where far greater damage could be inflicted. Portland's example was constructed in 1890-95 within a disused section of the Admiralty Quarries. The local builders Messrs Jesty and Baker built the battery, while the Royal Engineers were involved in its planning and construction. Being sited down in a former quarry, the battery was designed to be hidden from the view of passing enemy ships. The 9-inch RML guns could move at an all-round 360 degrees and were able to hit a moving target at a maximum range of approximately 5.6 miles.

In order to accurately target an enemy vessel, the guns were assisted by horizontal range finders, known as Watkin Position Finders, which operated from position finding cells. These cells would direct the guns by plotting the target's position. As range finding technology developed during the Victorian period, the "Position Finding Cell" had been invented in the 1870s and their usefulness saw them being adopted by many coastal batteries of the time. For the Verne High Angle Battery, four cells were constructed at East Cliff and two cells at Priory Corner (West Cliff). The cells at East Cliff were roughly aligned north-south over an approximate distance of 60 metres, overlooking Portland Harbour and across Weymouth Bay.

To determine an enemy's position, the cells would work in unison, using their position finding equipment to record the enemy's bearing and range. By using four cells rather than one or two, a more accurate position could be determined. The position established by the cells would then be sent to the battery's guns. If the cells were damaged by enemy fire or became non-operational for other reasons, a Depression Range Finder could be used, positioned on a pedestal behind the cells, although the results would be less accurate.

The Verne High Angle Battery, and its position finding cells, saw limited military service. As maritime warfare developed with the rising use of smaller craft like torpedo boats, the battery's guns were far less likely to score a hit and the importance of their defensive role deteriorated. The guns remained operational until 1906 when the battery was decommissioned. The cells also became redundant from this time, although it is possible that they later served as lookout posts during World War II.

Today, three of the four cells at East Cliff survive, although they have lost their roofs and other parts of their overall structure. The site of the fourth cell, at the northernmost end, is marked by a depressed area and a small amount of surviving rubble. Behind the surviving cells, the pedestal of a depression range finder survives intact. The cells are on public land and provide a viewpoint across Portland Harbour, as well as A and B Batteries of East Weare Batteries below. Other surviving examples of position finding cells on the island are found within the Verne Citadel. 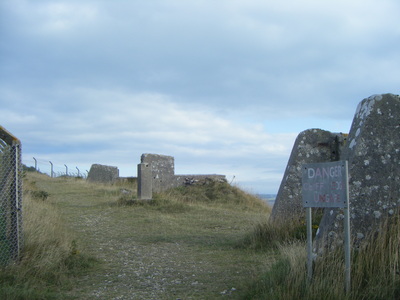 The three remaining structures. Note the concrete pillar too which held the Depression Range Finder. 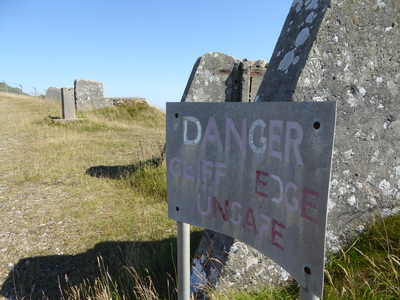 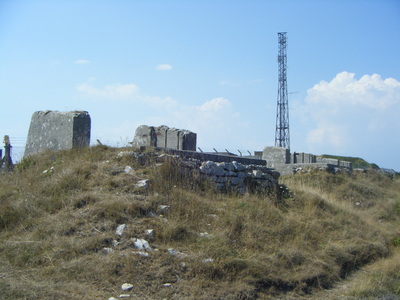 Note the tower behind of the former RAF Portland radar station, which was built during the 1950s. 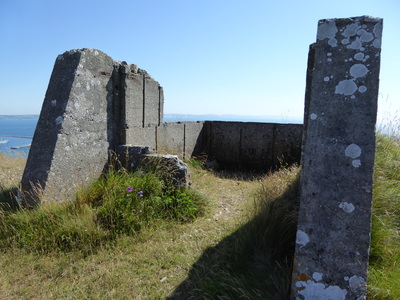 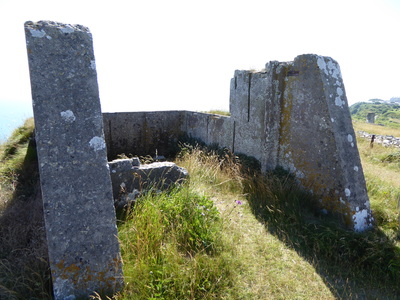 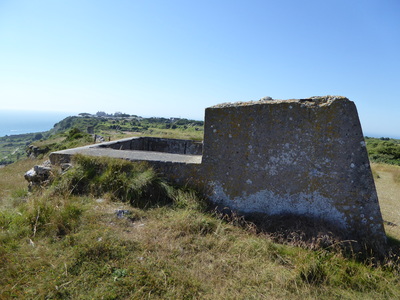 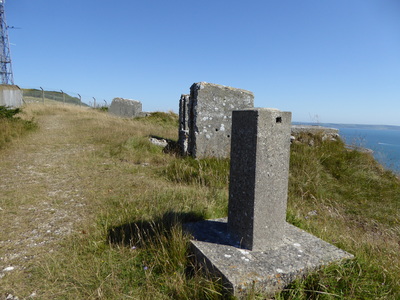 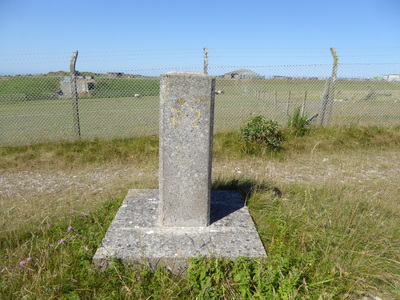 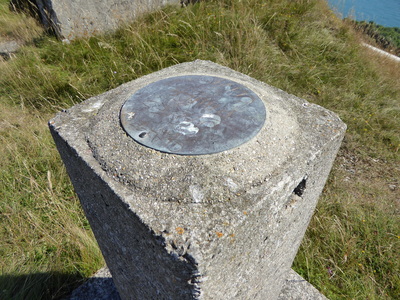 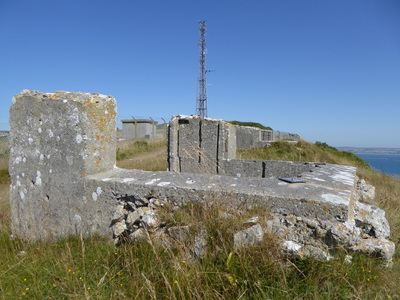 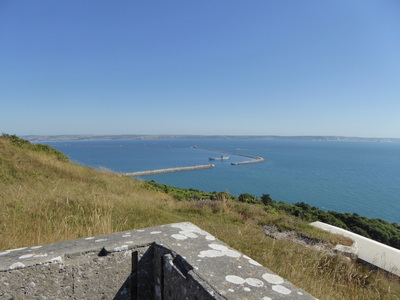 The cells look out across Portland Harbour and beyond. 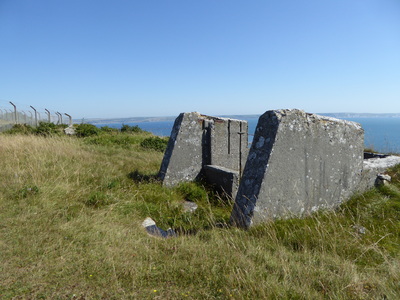 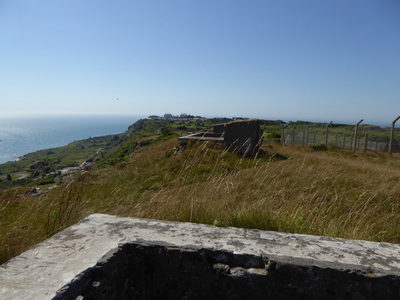 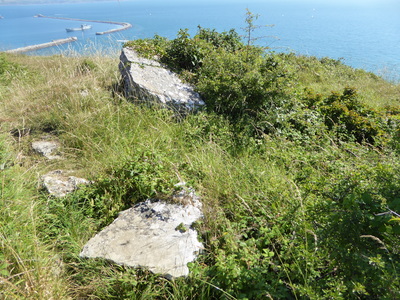 The remains of the fourth cell can be seen here. 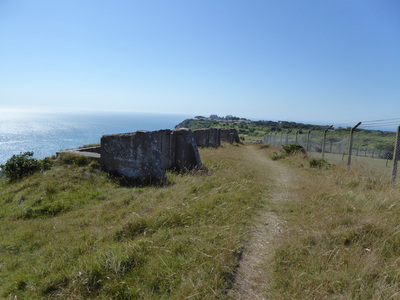 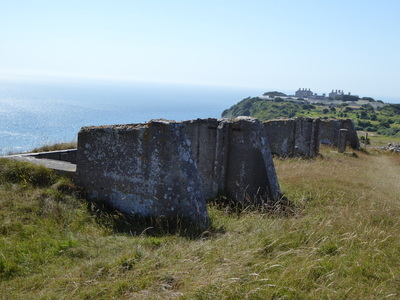 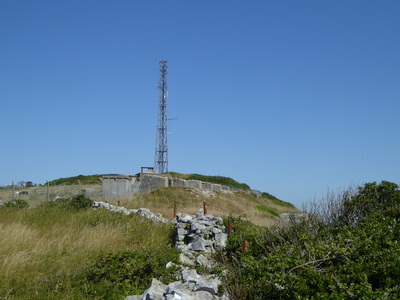 The cells seen from further south.