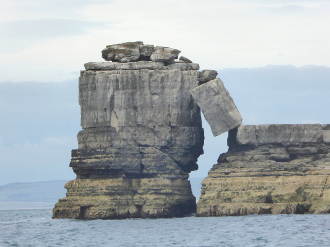 Pulpit Rock is a coastal feature at Portland Bill. One of area's most popular attractions, it was formed in the late 19th century.

History
Pulpit Rock was formed from quarrying activity at Portland Bill. The Bill Quarries opened in the mid-19th century and remained a small-scale operation into the early 20th century. The quarries were largely based along the west side of the Bill and stone was transported along a short tramway to a shipping quay, now the site of Red Crane. One area absorbed into the quarries was the natural stone formation known as White Hole, which was largely retained as quarrying progressively worked the surrounding cliffs.

During the late 19th century, much of White Hole was removed by quarrymen, leaving a stack of rock detached from the rest of Portland Bill. Access to the top was retained by a large slab of rock leaning against it. Due to the stack's perceived resemblance of an open bible leaning on a pulpit (or alternatively steps leading up into a pulpit), the coastal feature gained the name Pulpit Rock by the end of the 19th century.

As quarrying activity declined at Portland Bill in the early 20th century, Pulpit Rock became one of the Bill's visitors attractions. In a 1908 guide to the island, Portland Urban District Council (PUDC) encouraged visitors to see the feature, writing: "The Pulpit Rock is well worth climbing to those whose heads are steady and who do not mind a slightly exciting climb. Toe-holes make the ascent and descent fairly easy and the view of the Channel from the top is grand."

Portland Bill's popularity as a tourist destination continued to grow from the early 20th century, with the lighthouses, Pulpit Rock, the Trinity House Obelisk and Cave Hole as the area's key landmarks. Today Pulpit Rock remains one of the Bill's primary attractions and is a much photographed feature. Despite the danger, for many decades Pulpit Rock has been used for tombstoning. It is also a popular point for anglers, and in 1998 the British record for a Ballan Wrasse was caught there by Pete Hegg.

The exposed rocky surface that surrounds Pulpit Rock is known as Snail Shore. The surface contains snail, oyster and mollusc shells that once made up a Jurassic seabed thriving with marine life around 150 million years ago. The geological succession up from sea level at Pulpit Rock is: Portland Cherty Series (up to the level of the neighbouring quarried platform), then Portland Freestone (the oolitic limestone quarried inland of Pulpit Rock), then a cap of thin-bedded limestones which are part of the basal Purbeck Formation. 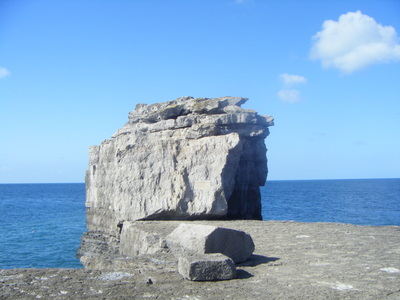 Pulpit Rock, with Snail Shore seen in the foreground. 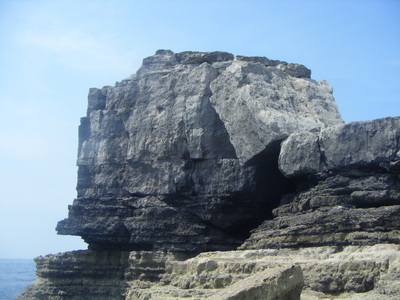 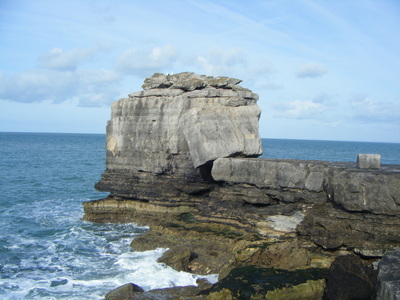 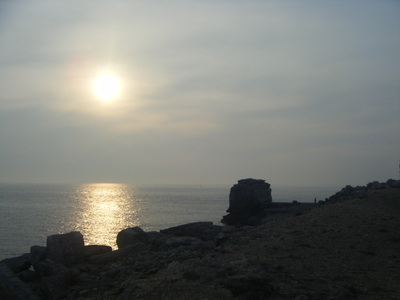 Before the sun goes down. 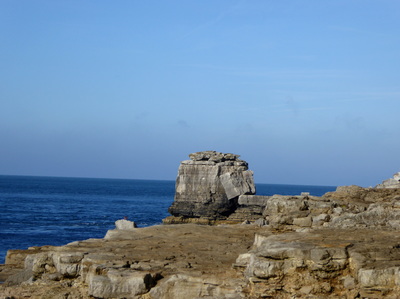 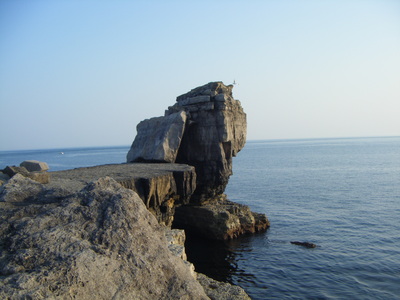 Pulpit Rock from the other side, with the erosion more evident at this angle. 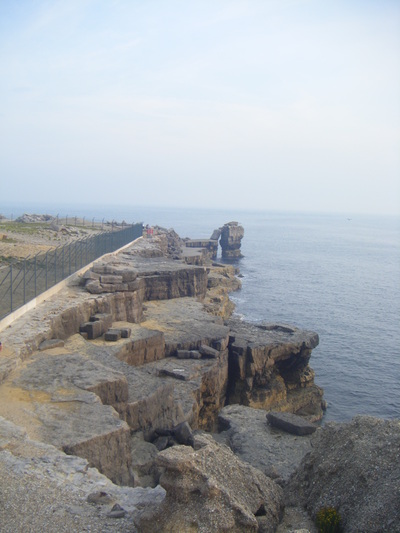 Pulpit Rock from the Pleistocene Raised Beach, found along the boundary fencing of the Ministry of Defence Magnetic Range. 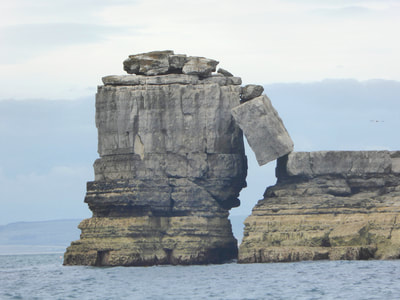 Pulpit Rock as seen from the sea. 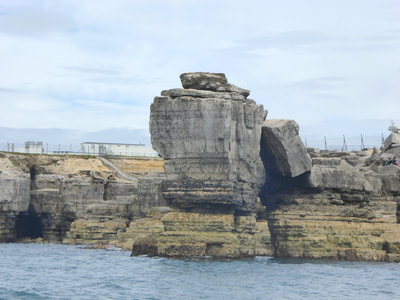 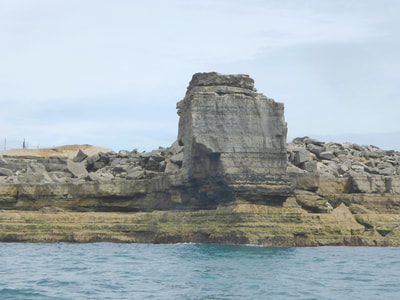 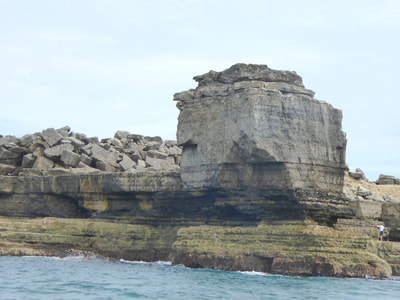 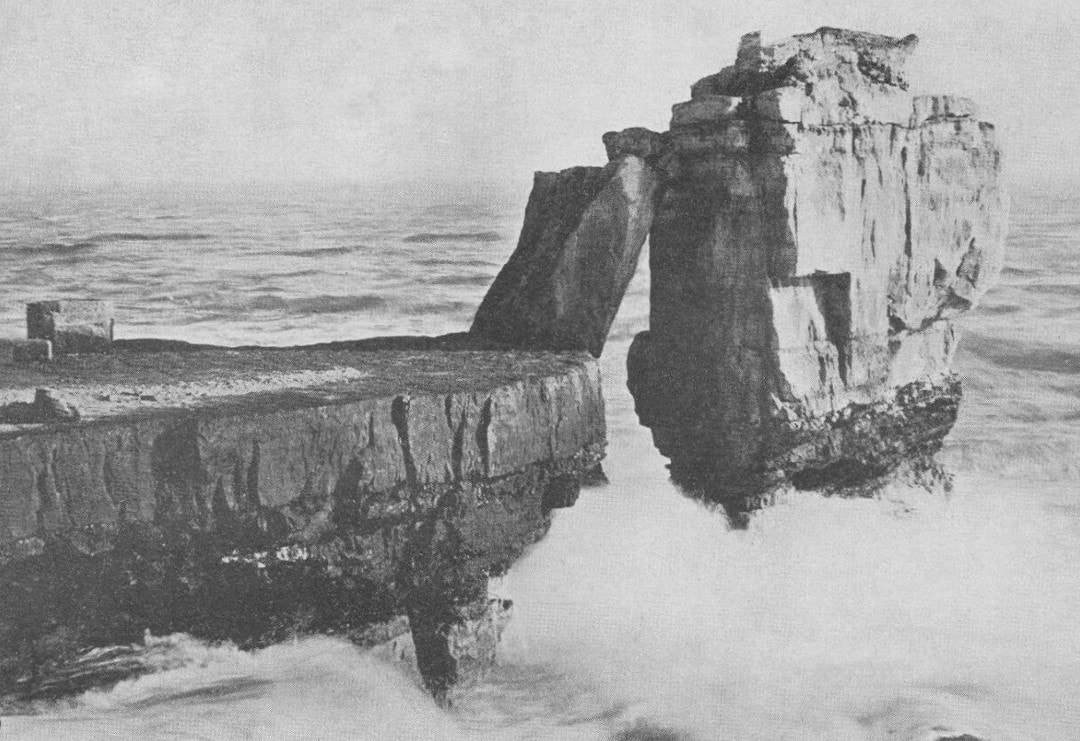 A c. 1900 postcard from Gale & Polden as part of their Wellington Series. 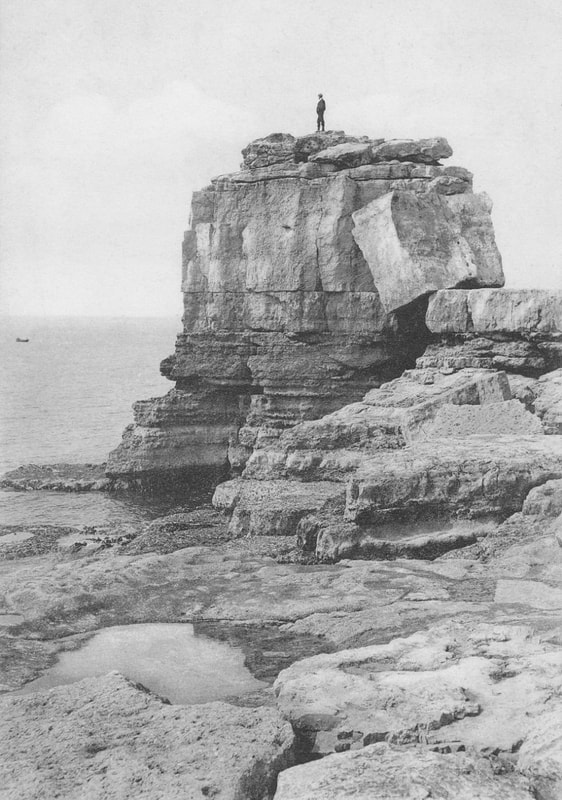 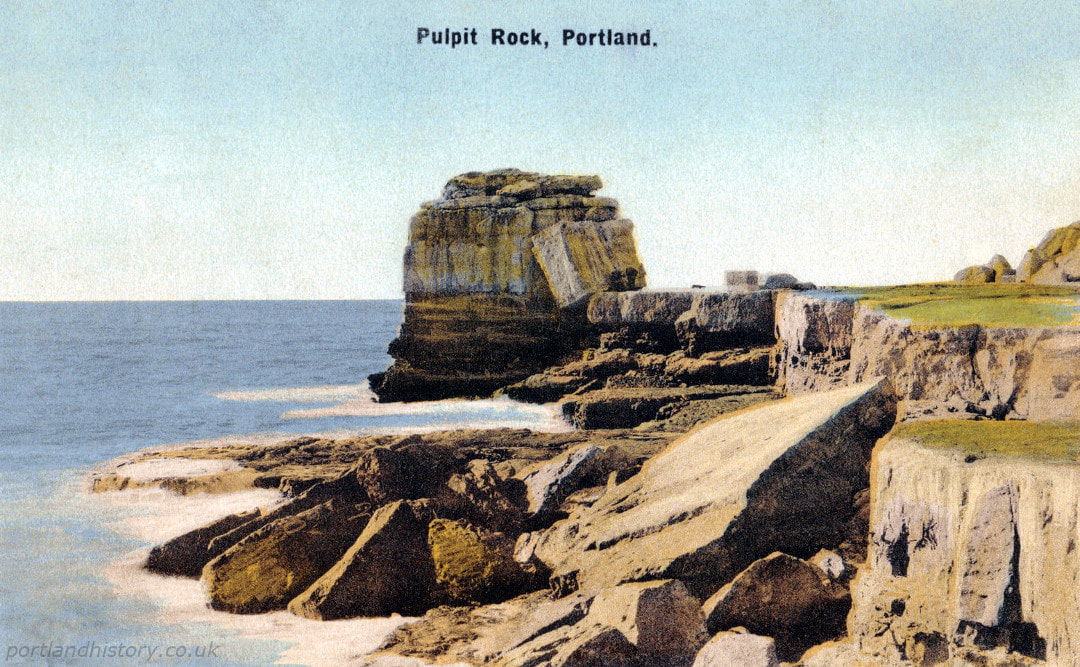 An interwar colourised postcard of Pulpit Rock by E. T. W. Dennis & Sons Ltd of London & Scarborough as part of their Aqua-Tone Series.