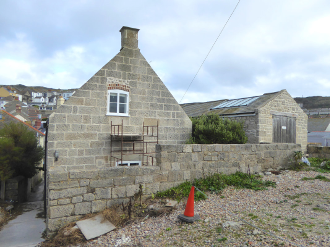 Ranter's Lodge is a former cottage/store in Chiswell. With origins to the late 18th or early 19th century, the lodge is believed to have been built as a cottage but saw more use as a fishing store. It was also briefly converted into a chapel for the Primitive Methodists in the mid-19th century.

Adjacent to the lodge is the outbuilding known as the Dead House, a store which gained its name due to its past use of storing bodies recovered from ships wrecked at Chesil Cove. Both buildings (including the lodge's enclosing wall) became Grade II listed in January 1987, with English Heritage describing it as having "historical interest in tracing the development of non-conformity which was an important factor in the island's social history". Ranter's Lodge and the Dead House were later restored and converted into artists' studios, with accommodation, in 1993-94.

History
Ranter's Lodge was built in the late 18th or early 19th century against the pebble banking of Chesil Beach, with an outbuilding used as a fishing store. The lodge is believed to have originally been designed and used as a small two-storey cottage, but later became a fishing store by the 1830s in association with Chiswell's traditional industry. Owing to the large number of shipwrecks that occurred at Chesil Cove, the outbuilding gained the name the Dead House through its use as a mortuary whenever drowned bodies were recovered from the beach. They would generally remain there until an inquest had taken place and were then removed for burial.

A Primitive Methodist society was established on Portland in 1838 through the efforts of Thomas Russell, an early missionary of the Primitive Methodist movement in England and Ireland. Rev. Russell based his Portland mission in Chiswell and successfully formed a small society as part of the Weymouth Circuit by conducting open air services and holding meetings in various properties. Ranter's Lodge was quickly converted into a chapel known as Ranter's Chapel, which was first recorded in the 1839 Tithe Applotment. The building remained in use by the society for approximately 10 years, when services were moved to the Long Room and Ranter's Lodge once again became a store. The first purpose-built Primitive Methodist chapel was erected nearby in 1858.

Throughout the 20th century, both Ranter's Lodge and the Dead House continued to be used as fishing stores. In 1990, the Portland Activity Centre gained planning permission to carry out repairs and other works to form an activity centre out of the two buildings, but these plans did not come to fruition. A 1991 survey by English Heritage reported how the buildings were "apparently abandoned and deteriorating". In 1993, permission was given to Judith Frost to restore and transform them into two artist's studios/workshops with accommodation. The work was carried out in 1993-94, with Ranter's Lodge continuing to remain available to let. 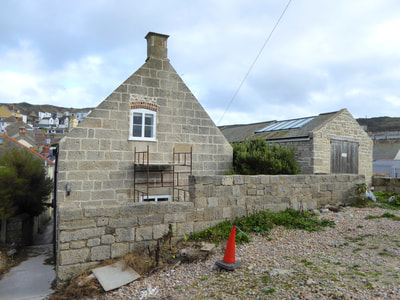 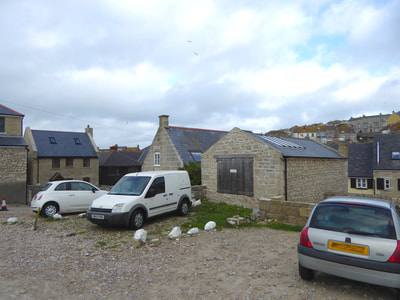 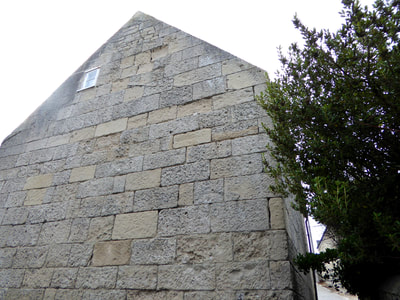 Ranter's Lodge from the east.