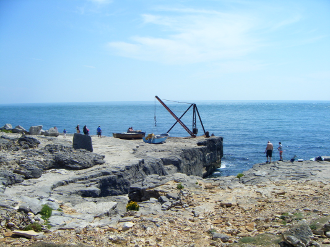 Red Crane is a fisherman's crane on the east side of Portland Bill. It is erected on a disused stone loading quay, which is now a scheduled monument, protected under the Ancient Monuments and Archaeological Areas Act 1979.

History
The quay was originally formed to serve the Bill Quarries at Portland Bill, which were established in the mid-19th century and continued to be worked into the early 20th century. Due to the remoteness of Portland Bill, and the lack of easy access to the island's established shipping points around the coast, the shipping quay at Portland Bill was formed to ship stone from the Bill Quarries. A hand-operated wooden crane would have been used to load the stone onto the ships.

The quay was last used to ship stone in 1893. Afterwards, the quay and its crane, which became known as Red Crane, saw use by local fishermen to lower themselves and their boats into the sea. Although wooden cranes were traditionally placed at the site, steel cranes have been used since the 1970s onwards. The current crane continues to be used by fishermen and has become a regularly photographed feature of Portland Bill. A similar crane, also of steel, is the Broad Ope Crane (also known as Bob's Crane), and is located further along Portland's east coastline, near Cave Hole. An original wooden crane, Sandholes Crane, also exists further north of the island.

Within the area surrounding the quay, there is still evidence of the tramway that linked the Bill Quarries to the quay. After the storms of January 1990, old rails were left exposed in the area where they curved around to meet the crane. Next to the crane, a fissure within the cliff edge has been formed through coastal erosion, which acts as a blowhole during stormy conditions at high tide. Such conditions cause waves to surge into the fissure and trap the compressed air inside, resulting in seawater blasting out the top of the narrow slit. 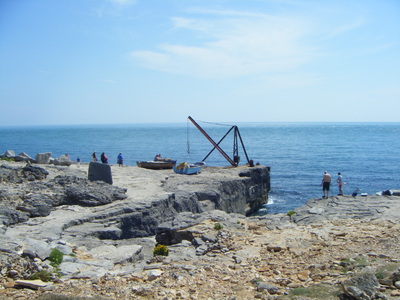 Red Crane as it stands today, with its blow hole on the right of it. 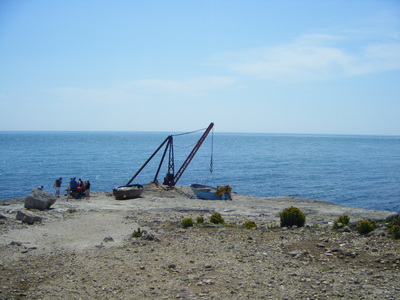 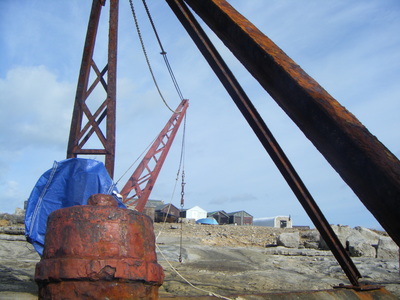 The crane's rusted state doesn't detract from the fact it is still used by fishermen today. 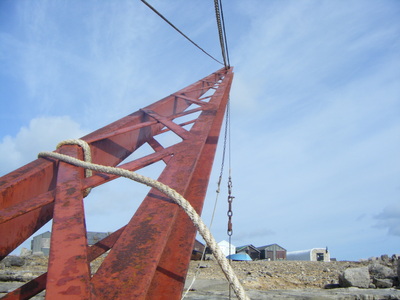 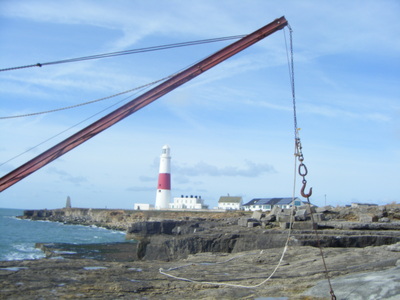 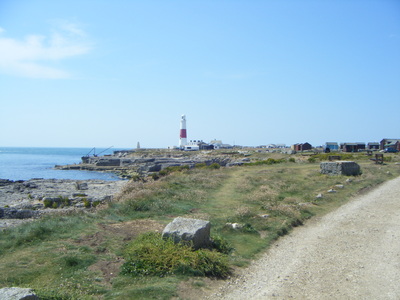 The crane is seen on the far left in the distance. 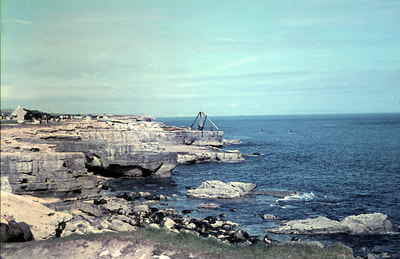 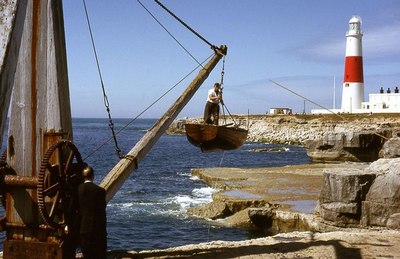 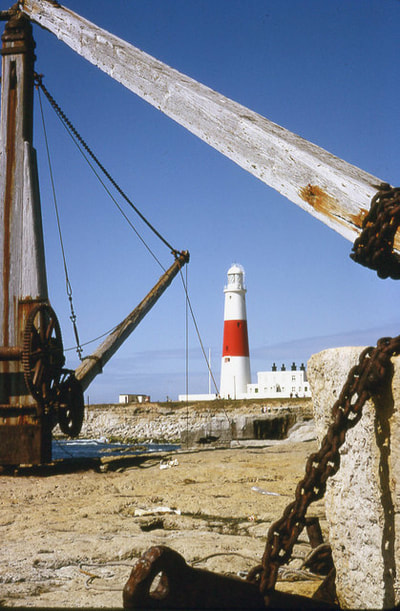