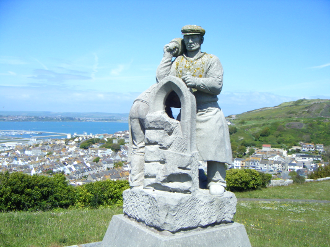 The Spirit of Portland is a stone sculpture at Priory Corner, alongside New Road, which leads from Underhill to Tophill. Created by Joanna Szuwalska, it was carved from Portland stone and unveiled in 2000. The sculpture depicts a fisherman and quarryman in a representation of two traditional industries of the island.

History
The Spirit of Portland was commissioned by Weymouth and Portland Borough Council as a public sculpture, in connection with the upcoming new millennium. During the mid-1990s, the council ran a competition to find a suitable design for a sculpture that would provide a tribute to Portland's past. Local artist Joanna Szuwalska's design was selected and she was then commissioned to create her work.

Highlighting two of Portland's traditional industries, one side of the sculpture depicted a fisherman on-board a Lerret boat, while the other featured a mason working Portland stone. Carved from a single block of stone, Szuwalska spent three years working on the sculpture. In November 1999, the borough council submitted a planning application to permanently site the work at Priory Corner, and this was approved in January 2000. The Spirit of Portland was later unveiled during a ceremony on 18 August 2000.

On her official website, Szuwalska revealed her vision for the sculpture: "In this piece I wanted to convey an atmosphere of strength and endeavour through the use of figures in active poses. Predominant trades here have been stone and sea related hence the fisherman hauling fruit of the sea from the stern of a Lerret boat and the stone mason working stone to a finish from quarrying stages."

In 2012, she told Coast magazine: "The Spirit of Portland is a figurative portrayal of traditional life and culture: it depicts a stonemason on one side and a fisherman on the other, and is essentially stone and sea." In 2018, she recalled to Dorset Life magazine: "It’s a memorial to the life and trades of Portland and a celebration of its people. It has to be a figurative piece, literal and lyrical. Like a photograph, I wanted it to directly express the story." 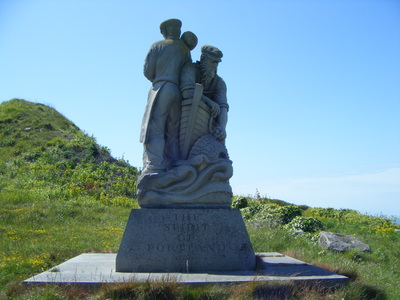 The front of the Spirit of Portland sculpture, with the fisherman facing this direction. 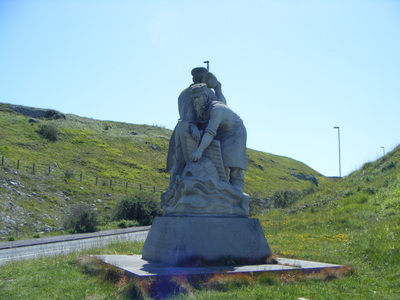 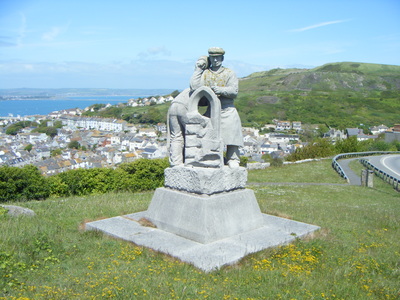 The other side features a stone mason. 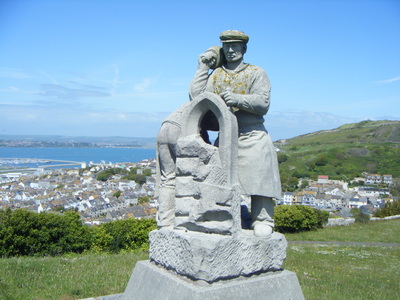 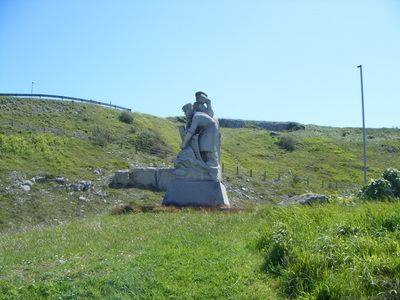 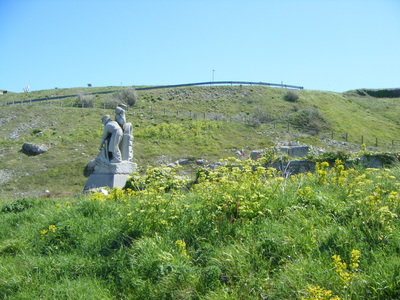 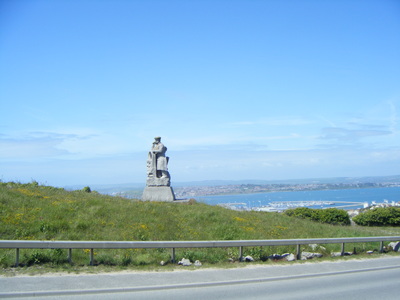 The sculpture as seen from the over side of New Road. 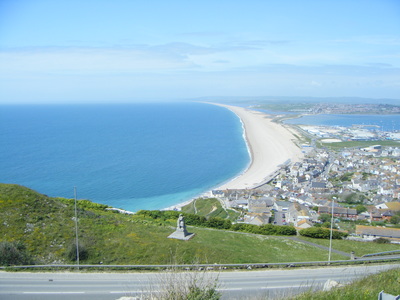 The sculpture overlooks Underhill, Chesil Beach and beyond. 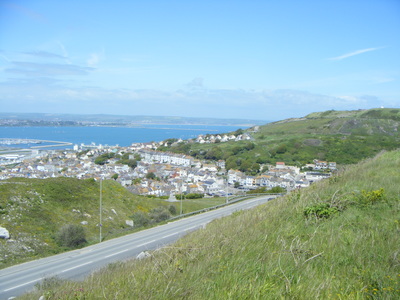