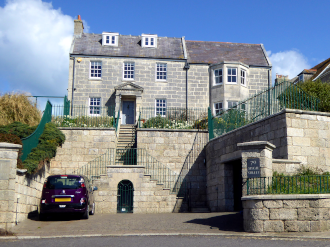 The Captain's House is a large detached house of 17th century origin at the bottom of Mallams, and close to Chiswell and Fortuneswell. The house (including the attached wall to the south east) has been a Grade II listed building since September 1978. It is not to be confused with the other Captain's House on Portland, a large detached house adjoining Portland Castle.

History
The Captain's House dates back to the mid-to-late 17th century when it was likely to have been built as the residence of a wealthy quarry merchant of the Weston family. During the 18th century, it is believed the house was extended by incorporating the remains of an adjoining farmhouse to form the single property seen today. A two-storey bay window was created at the front of the new section of the house, while a Gibbsian portico was also added during the 18th century to the original entrance. The last known resident was the quarry agent John Comben Lano. With his death in 1866, the house was left abandoned and had fallen into a state of dereliction by the end of the century.

The house remained a ruin for over one hundred years and became the subject of much local folklore. One popular story was that the house was being built by a sea captain for him and his fiancée, but in his grief over her unexpected death, the house was left unfinished. A variation to the tale was that the captain was lost at sea, leaving the house to remain uncompleted. In a survey by the Royal Commission on the Historical Monuments of England, published in 1970, they described the ruins as being that of a "dignified house", adding: "This was formerly one of the grandest houses in Underhill, but now needs some attention to stabilise it for the future."

In 1988, Langton Developments Ltd attempted to gain planning permission for the demolition of the ruins, but the application was rejected the following year. The house was then sold to the Bedford family and permission was granted in 1996 for its reconstruction and refurbishment. The work was carried out in 1997-98 and the house renamed to Claremont. Upon completion, it was awarded the 1998 Weymouth Civic Society Award, with the society describing the project as "meticulously researched" and a "difficult restoration", while also praising the "skilful landscaping" of the front garden. Despite the restoration receiving generally positive recognition, some local residents felt the building should have remained a romantic ruin. 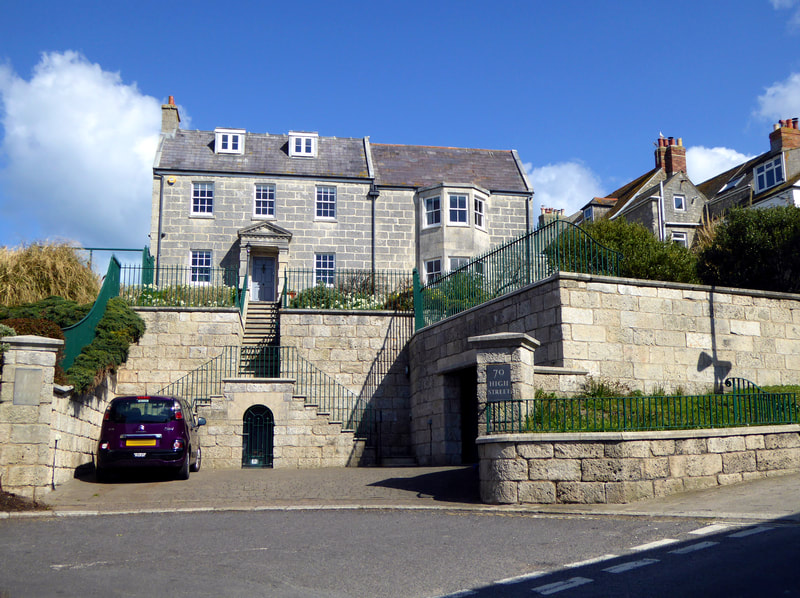 The Captain's House as it is today, after restoration. 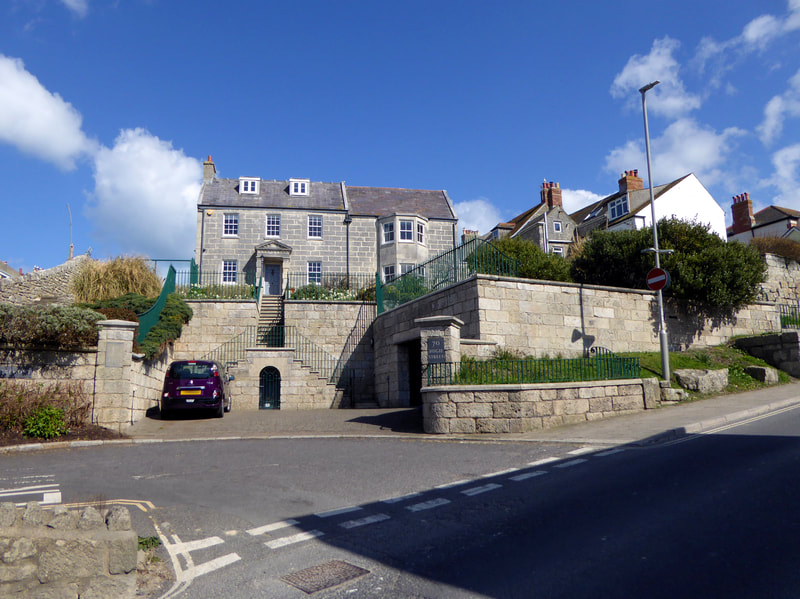