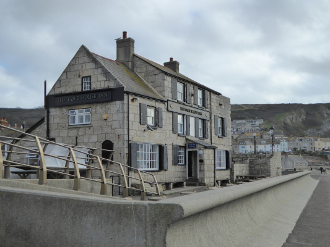 The Cove House Inn is a public house of 18th century origin in Chiswell and overlooking Chesil Cove. It remains one of Portland's oldest and most popular pubs, and has been a Grade II listed building since May 1993.

History
It is believed that the oldest section of the building was constructed around the mid-18th century as a cottage. The building was extended and altered into its current form during the first half of the 19th century. The Cove House Inn (or Cove Inn) began operating since at least the 1840s, with most of its custom coming from local fishermen. During an 1860 county petty session for the renewal of licenses for public houses, the Cove was described as "much frequented by fishermen, who required shelter while waiting for the fish". In addition, "ship's boats often landed their crews there" too.

The pub's position, overlooking the cove, has linked it to various involvements with shipwrecks, namely providing refuge for rescued crews such as those of the French brig Emmanuel, wrecked in 1865, and the French barque Marie Reine, wrecked in 1875. The twelve survivors of the infamous collision between the SS Avalanche and SS Forest in 1877 also received attention in the pub, from where watch was kept for any further survivors. The pub has also been a focal point for Chiswell and its fishing community since its early days. Many important meetings have been held there, including on the establishment of a Portland lifeboat in 1870 and a protest against fishing with the use of dynamite charges.

Flooding
Built on the pebble bank of Chesil Beach, the building has been the victim of many incidences of flooding since its construction. It was a survivor of the "Great Storm of 1824", which caused considerable damage to Chiswell, resulting in the deaths of thirty residents and destruction of eighty houses. Further cases of flooding were seen into the 20th century, including one such case in 1942 when the pub survived a vicious storm, despite the group of cottages behind the pub suffering such damage that they were declared uninhabitable. Reporting on the storm, the Western Gazette noted how "several waves broke right over the old Cove House Inn. The sea smashed windows and lapped round the bar of the inn, while the occupants wondered what was going to happen next."

After many years of planning, work began in 1958 on Chiswell's first coastal defences, namely a sea wall with an esplanade laid out on top. Completed in 1965, the wall was placed directly in front of the pub and terminated a short distance north, providing the building with some level of protection. After extensive flooding was seen in December 1978 and February 1979, further defence installations added in the mid-1980s included gabions (wire baskets containing pebbles) north of the pub. In January 1990, the pub suffered storm damage, but was able to re-open three months later. The latest case of flooding was seen in January-February 2014, when Chiswell become the attention of national news. Prime minister David Cameron visited Portland in February to show support for those affected, and during his time on the island he visited the Cove House Inn.

Design
The pub is built of Portland stone with a slate roofs and stone stacks. The centre block of the building is three-storeys high. There are "substantial dressed stone walls" in the basement, which are believed to have been part of an earlier building. The interior is made up of old oak furniture and photographs of wrecks. Outside of the pub is a seating area, overlooking Chesil Cove, West Weare and West Cliff. 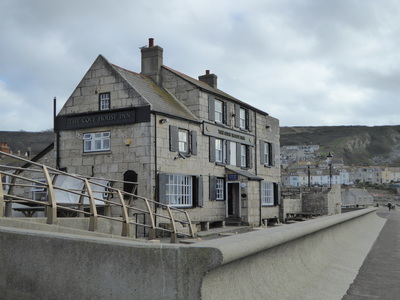 The Cove House Inn sits at a commanding position over Chesil Cove. 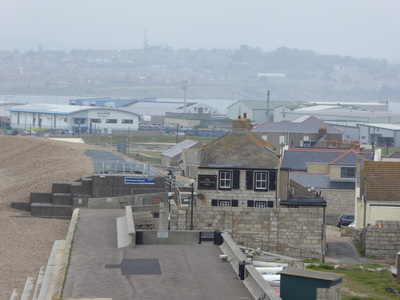 The pub seen from Cove Cottages. 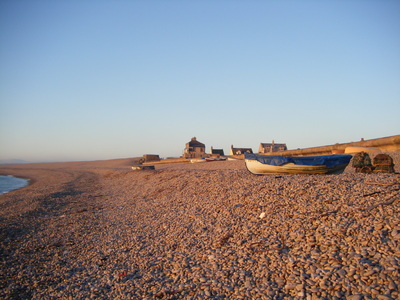 The Cove House Inn seen in the distance from Chesil Beach. 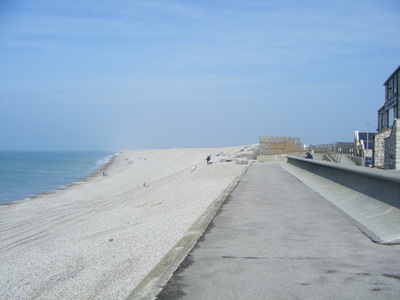 The pub, on the far right, overlooks the beach alongside the sea wall and esplanade. 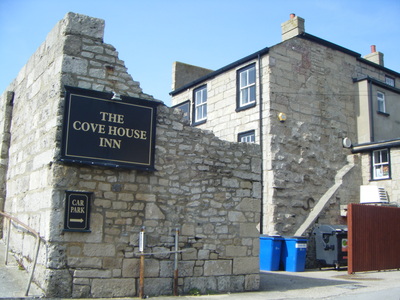 The rear of the pub. 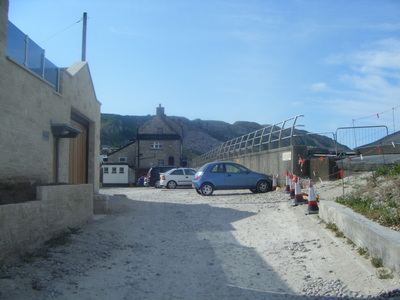 The pub with the car park in the foreground. 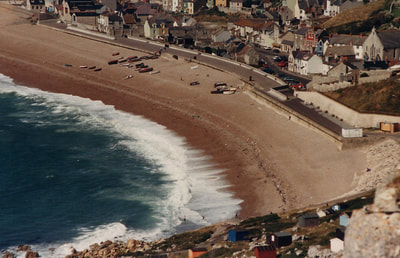 A view across Chesil Cove (the Inn is at the top left). This photograph, from the late 1970s-mid-1980s, has been kindly supplied by Peter Ganley. (© Copyright.) 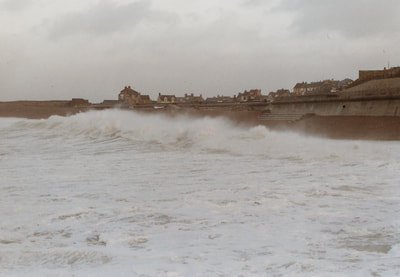 A storm at Chesil Cove, dated 1981. This photograph has been kindly supplied by Peter Ganley. (© Copyright.) 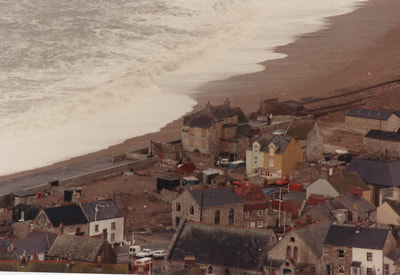 The aftermath of a storm, showing the inn boarded up. This photograph has been kindly supplied by Peter Ganley. (© Copyright.)