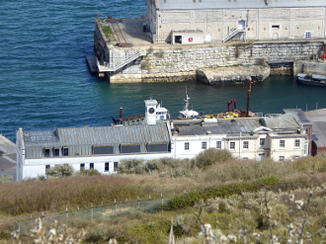 The Engineer's Office is a former office of mid-19th century origin in the former naval base at Portland Harbour, and now part of Portland Port's estate. Built in 1848-49, the original building served as the engineer's office for the transformation of Portland Roads into a harbour of refuge, which involved the construction of two breakwater arms between 1849-72. The building later served as naval offices and then a naval centre up to the time of the base's closure in 1996. Now disused, the original building, along with its 1910 extension, has been a Grade II listed building since May 1993.

History
In 1847, the Portland Breakwater Act was approved to have the natural anchorage known as Portland Roads transformed into a harbour of refuge, primarily for use of the Royal Navy. The scheme involved the construction of two breakwater arms, which were designed by the engineer James Meadows Rendel. Preliminary work began in August 1847 and the foundation stone was laid by Prince Albert on 25 July 1849. Meanwhile, at Portland Nore (the future site of the naval dockyard), an engineer's office was constructed, along with other ancillary buildings. The office was designed by resident engineer John Coode, who drew up the plans in 1848. Following Rendel's death in 1856, Coode would become the harbour project's engineer-in-chief.

The office was built in 1848-49 as part of the £70,000 preliminary work for the breakwaters, and in its original use, played an important role in the daily operations of the harbour works. The building was made up of an office on the ground floor and a model room on the first floor. A waiting area was also established at basement level, which was used by various personnel and contractors, along with boatmen tasked with taking Rendel, Coode and others out on inspection trips of the works-in-progress. On the eastern side of the building, a projecting, two-tiered bay window provided a clear view across the harbour. One of the largest Government schemes of its time, the breakwaters took 23 years to build and were declared complete by Prince of Wales on 18 August 1872. When finished, they made up the largest man-made harbour in the world.

Following the completion of the breakwaters, the engineer's office was transformed into the main administrative space for the daily operations of Portland's naval station. When plans were drawn up in 1889 for a new coaling jetty for Portland, a replacement engineer's office was soon erected off Castle Road, in the same region as the Royal Navy's Sick Quarters. The original engineer's office underwent enlargement and alteration work in the early 1890s. As Portland's naval station continued to expand and rise in importance, plans were drawn up and a new block added as an extension on the western side of the building in 1910. The new section featured a clock tower and provided further office space.

Later in 1948, the building, by then described as the Naval Headquarters, saw further alteration work. Throughout the second-half of the 20th century, various new extensions and attached buildings were added. Some of those spanning around the rear of the existing building were used as stores, while another functioned as a telephone exchange from 1969. Into the 1990s, the building (along with its extensions) formed the base's naval centre, which contained various offices and operational areas, including space for the headquarters of Flag Officer Sea Training, HM Naval Base Portland's primary role from 1958. A large office block, completed in 1988 and costing £1.5 million, was added to the south-west of the 1910 extension for use of FOST staff.

With the end of the Cold War and dissolution of the Soviet Union in 1991, a reduction of the UK's defence budget led to the relocation of FOST to Devonport in 1995 and the closure of HMNB Portland the following year, which in turn left the building unoccupied. The harbour and base were sold in 1996 to Portland Port Ltd, who then transformed the harbour into a commercial port. The former naval centre has remained vacant since the departure of the Royal Navy, resulting in some parts of the interior suffering from water damage and the intrusion of foliage.

Design
The original five-bay, two-storey building is built of Portland stone. The facade mainly dates from the 1890s alteration work, which was sympathetic to the original design and is of Vanbrughian style. The original projecting entrance was transformed into a recessed one during the work, while rusticated quoins were added to resemble those on the original facade. The 1910 four-bay, two-storey extension has a rendered front and a square clock tower, while the mid-to-late 20th century extensions are mainly built with red brick or concrete. The large, rendered office block to the south-west of the 1910 extension is a two-storey building, but was provided with further office space in the attic.

Upon completion in 1849, the Morning Advertiser described the original office as a "most substantial and elegant building", while the London Daily News called it a "very handsome suite". Eric Ricketts, in his 1979 book Old Buildings of Portland, noted the "quite imposing classical front" of the 1890 alterations. The historic buildings consultants Keystone, in their 1993 report of the naval base, described the building as "ingeniously designed, though much-altered". They added: "In spite of alteration, it is of fundamental importance to the site and preserves some, at least, of its original character. Historic England, in a 2017 survey, noted the building was an "early example of its type" and retained its "historic core".

Excellent photographs of the inside of the building can seen at Andrew Blackmore's photography website by clicking here. 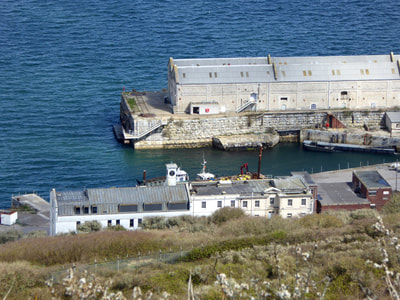 The Engineer's Office as it remains today, with the various 20th century extensions surrounding it. Attached to the left of the original building is the 1910 extension with the clock tower. 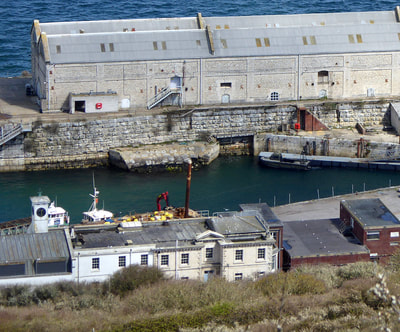 A closer look at the original 1848-49 building, the facade of which underwent major alteration around 1890. Behind is the former Coaling Shed. 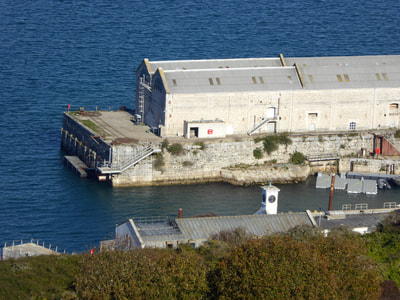 The clock tower can be seen clearly here, with the rooftop of a later 20th century extension in front of it. 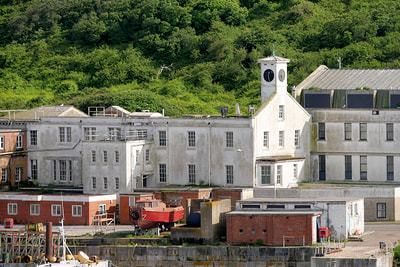 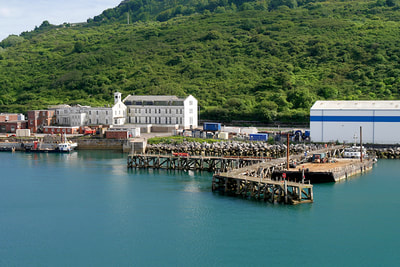 A good view of the surrounding extension work from this side, most notably the large 20th century block. In the foreground is Camber Jetty. (© David Dixon, licensed for reuse under CC BY-SA 2.0: geograph.org.uk/photo/5418790) 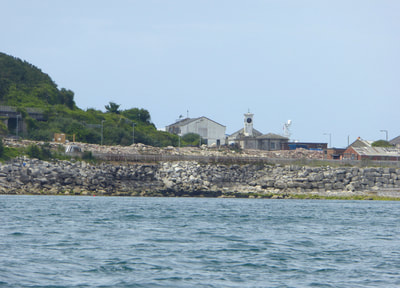 The roofline of the original building, along with the 1910 clock tower, seen from Balaclava Bay. 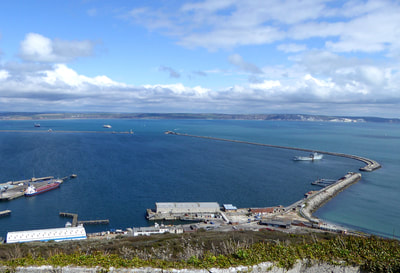 A panoramic view of the original two breakwater arms, built between 1849-72. The Engineer's Office can be seen below the Coaling Shed.

An 1861 engraving of the breakwater works from the Illustrated London Times. The original form of the Engineer's Office can be seen clearly here. 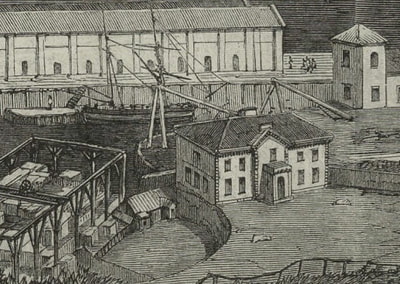 A closer look at the Engineer's Office.