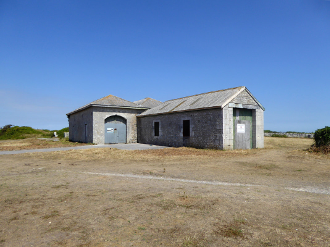 The Old Engine Shed is a former shed of mid-19th century origin, built to house the locomotives used in the adjacent Admiralty Quarries. The shed is located near Grove and overlooks East Weare. It has been a Grade II listed building since January 2001 and is owned by Portland Port Ltd.

History
The Old Engine Shed dates from the mid-19th century, at a time when Portland Roads was transformed into a harbour of refuge with the construction of two breakwater arms. In 1848, Portland Prison was established at Grove to provide convict labour in the Admiralty Quarries, which opened in 1849 to provide the stone needed for the breakwaters and the fortifications of Portland Harbour. One of the convicts' early tasks was to lay down temporary railway tracks throughout the quarries, linking the working areas to the top of the Admiralty Incline Railway, which was a cable-worked railway used to transport the stone down to the harbour.

The Old Engine Shed was built to house the locomotives running on the quarry lines. Initially, horse power was used to transport the wagons from the quarries to the incline until locomotives started to be used from the early-to-mid-1850s. By 1853, work had begun on adapting the existing railway lines for their use, and the Old Engine Shed was then constructed to house them. The original breakwater arms were completed in 1872, but the construction of a new coaling jetty between 1890-96 and the harbour's two northern breakwater arms in 1896-1905 saw the Admiralty Quarries again supplying stone for transporting down the Incline Railway. For a period, the shed also provided stabling for the horses used in the quarries.

Convict labour ceased in the quarries in 1921, when the prison was converted into a Borstal Institution. The last working sections within the Admiralty Quarries were worked by contracted workmen on behalf of the Admiralty until 1936. With its closure, the tracks in the quarries and of the Incline Railway were removed, along with the last locomotive from the shed. Afterwards, the shed was used for a period by the Royal Navy for storage purposes.

In late 2007, plans were announced by Portland Gas Storage Ltd to convert the derelict engine shed into an interpretation centre. The £1.5 million project was part of a £350 million gas storage facility on the island. It was to provide information on Portland's geology and history, including the area's natural environment, social history, the history of the prison and the construction of the breakwaters. Using local visitor figures as a guide, it was believed that 15,000-20,000 visitors would visit the centre in its first year, with hope of raising numbers to 30-35,000 in the future.

Planning permission was sought in December 2007 with the planned opening of the centre in 2009. Meanwhile, volunteers for the trust began to maintain the shed and keep the surrounding area tidy. In September 2009, the trust successfully received funding to make some external improvements to the site. The work, carried out in 2010-11, included foliage clearance and the rebuilding of the surrounding dry stone walls. Also during the time, information panels were put in place, providing details about the area and the history of the shed. However, when the gas project came to a halt, plans for the visitor centre were scrapped.

Design
The single-storey shed is built using coursed Portland stone with ashlar dressings. The corrugated roof is non-original. The shed is made up of three sections, which are believed to have been built at different times, but all in place by 1864. According to Historic England, it is unusual for locomotive sheds from this period to survive in such an unaltered state. However, in recent years, it has suffered badly from vandalism and neglect. According to the Portland Gas brochure, the shed is in danger of being damaged beyond repair without investment.

In a 2018 assessment, Historic England described the shed as being of "pleasing design", a "relatively rare survival of a mid-C19 example of this building type", with a "good degree of survival of historic fabric". 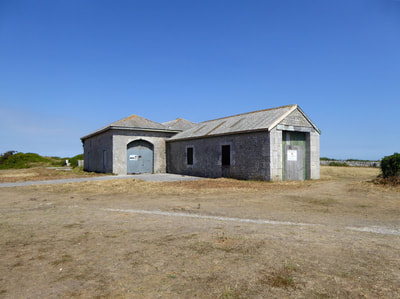 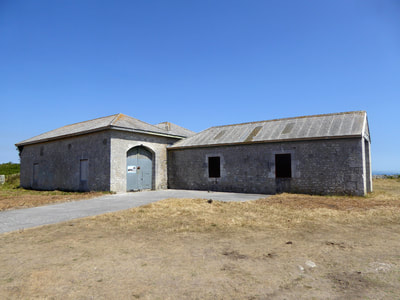 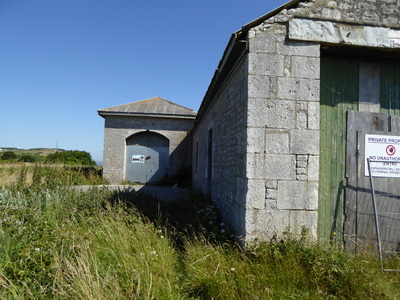 A closer look at the building. 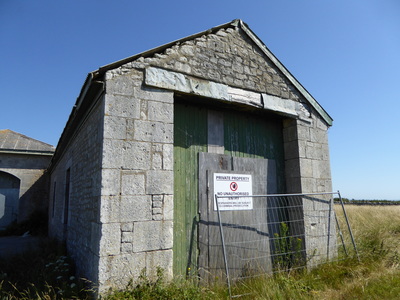 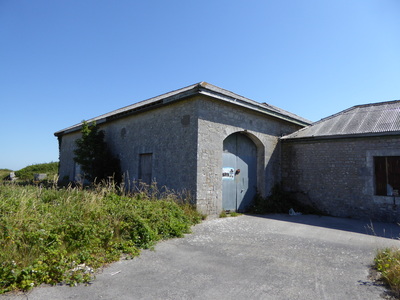 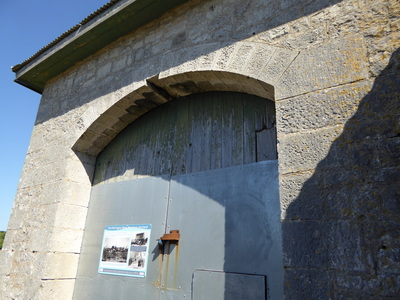 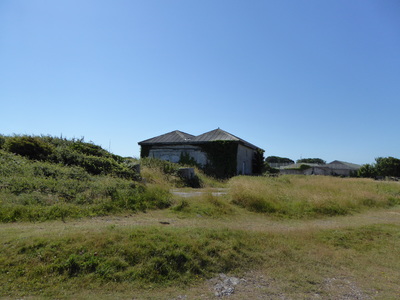 The shed from the north. 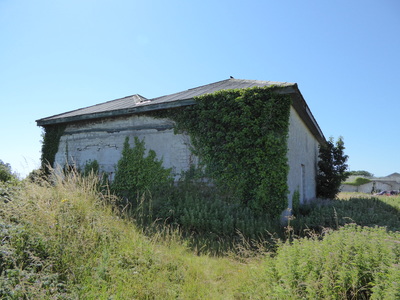 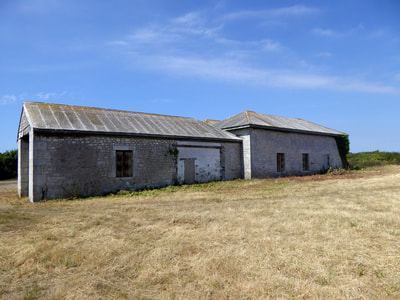 The shed from the east. 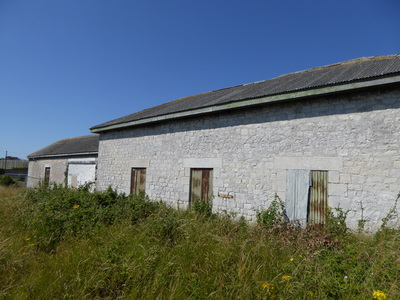 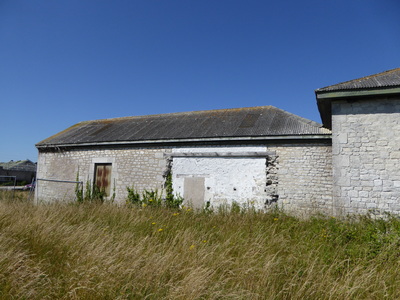 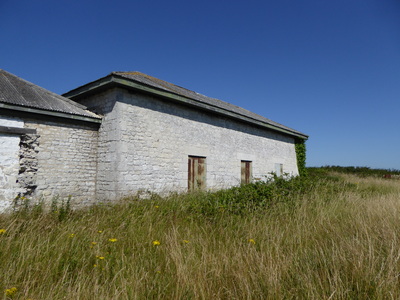