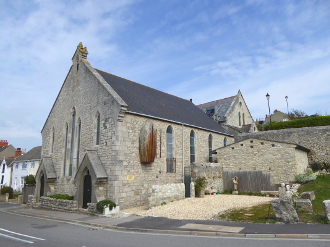 The United Reformed Church is a former church of 19th century origin in Chiswell. The original chapel was founded in 1825, with the present building being erected in 1858 and closed in 2009. It was originally known as the Congregational or Independent Chapel and later became the United Reformed Church in 1972. In recent years, the former church has been designated an Important Local Building within the conservation area of Underhill.

History
The Congregational Church on Portland was established in 1825, during a period when the island was seeing a growing number of non-conformists. The small congregation originally obtained a barn and stable in Chiswell from Mr. William Russell and converted it into a place of worship. After two years of use, the buildings were demolished and replaced with a purpose-built chapel in 1827, which was constructed using voluntary labour and materials from local supporters, who also raised £80 for the project. Rev. Frederick William Meadows became the first pastor and as the number of worshippers quickly increased, the chapel was enlarged and reopened in September 1828.

The non-conformist following on the island continued to increase during the 19th century, particularly with the transformation of Portland Roads into a harbour of refuge from the 1840s and the various government works linked to it. The existing chapel became too small to serve its congregation and Rev. James Cheney, who became pastor in 1855 and is described in church records as a "remarkable, resourceful and skilful man", was the main driving force behind the construction of a replacement. The leased land the existing chapel was built on was purchased for £50 along with an adjacent cottage for £60 to provide the required space for the new building. Fundraising towards the cost of construction began in 1856.

The new chapel, which was able to accommodate 500 worshippers and equipped with its own schoolroom, was built in 1858 for a cost of £1,318 (£1,482 with interest) and opened on 21 October. Rev. W. Lewis of Weymouth read and Rev. E. R. Conder of Poole preached during the morning service, while Rev. W. Smith of Weymouth read and Rev. H. Quick of Bristol preached in the evening service. The Evangelical Magazine and Missionary Chronicle described the chapel as being built in a "chaste and substantial style". All debts relating to the construction of the chapel were cleared in 1870, which was celebrated by a thanksgiving service and tea meeting on 11 January.

In 1881, a communion table was donated to the chapel by Mr. George T. Mitchell of Beach Cottage, Portland. It took the stonemason six months to complete the Gothic-styled table in Portland stone. The Southern Times described it as the "handsomest Communion table of any Nonconformist chapel in the county". The chapel underwent renovation in 1883 for a cost of £203, which included the installation of new seating. The Gothic screen behind the pulpit and ornamental glass in the vestry were created and gifted by the pastor of the time, Rev. William R. M. Waugh. The church reopened on 26 August with special sermons preached in the morning, afternoon and evening. A renovation and redecoration of the chapel was carried out again in 1924 and it reopened for services on 16 November.

By the 21st century, congregation numbers had dramatically dropped and the church was threatened with closure. In response seven local people formed a group in the effort to keep the church open by dealing with administration and fundraising, but despite their attempts, the church's final service was held on 27 September 2009, conducted by Rev. Bob Damer.

The church was sold in 2011 to a private owner, who received planning permission in January 2012 to use the church as a community space, with the former schoolroom and manse to be transformed for residential use. Following restoration and alteration work, the three sections of the property, collectively known as the Stonehall, were made available for hire from 2015. The two residential spaces are available as holiday lets, with the former manse now known as the Vestry, and the schoolroom as Stonehouse. The church itself has been given the name the Great Hall and is mainly hired as an entertainment space by guests staying at the two holiday lets. 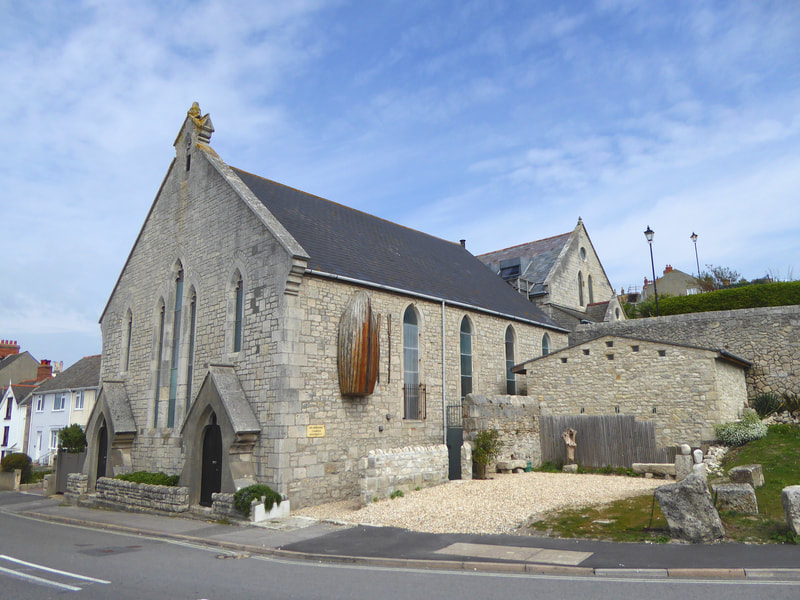 The former United Reformed Church at Chiswell. The former schoolroom, now a holiday let known as Stonehouse, can be seen behind the church. 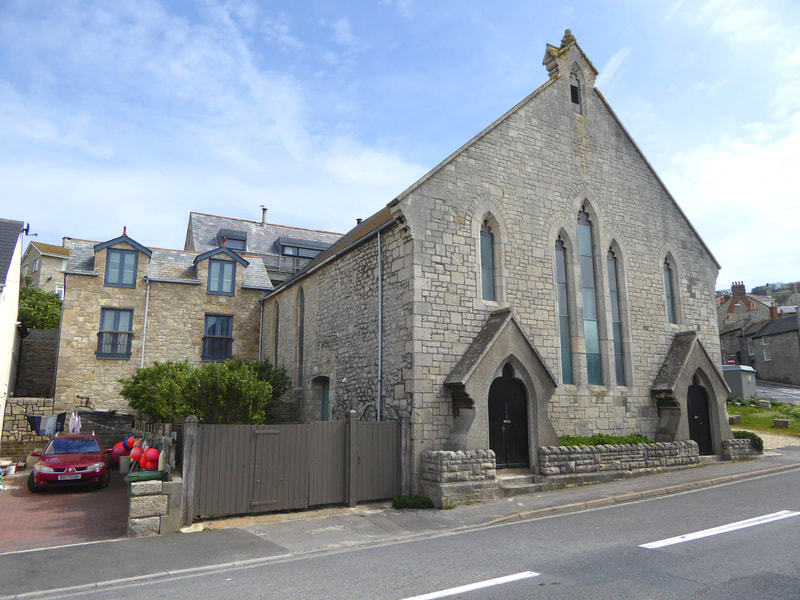 On the left is the former manse, now a holiday let known as the Vestry. 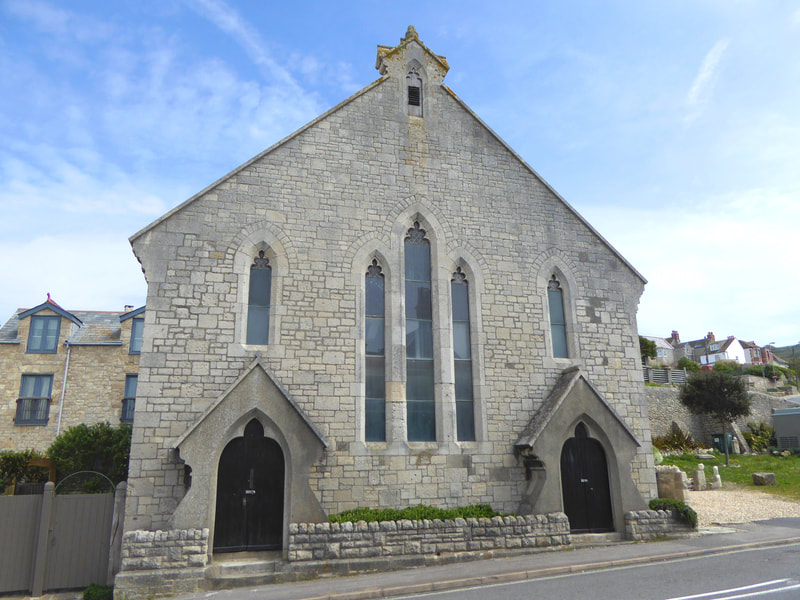 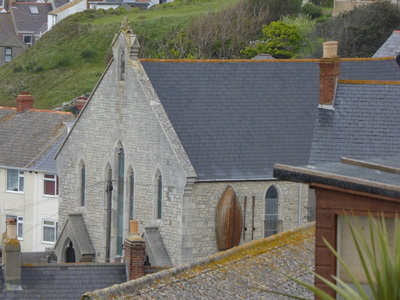 The church as seen from Cove Cottages.