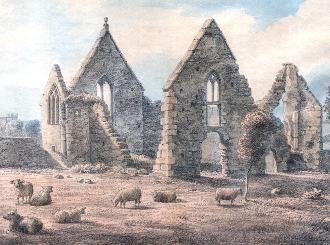 Vicar's House was an ecclesiastical building of 13th or 14th century origin, which is believed to have been built as an oratory or small chapel and later used as a parsonage. It was located in ﻿Wakeham﻿ and had the distinction of being one of the finest buildings on Portland. It was destroyed and left as a ruin during the 17th century Civil War, with all surviving traces later removed in 1917.

History
Based on surviving paintings and drawings, Vicar's House is believed to have dated back to the 13th or 14th century, although no references to the building have been found before the 16th century. While its origins remain unclear, it has been suggested the building served as an oratory or small chapel for use by the Lords of the Manor. Such buildings were established for private worship during the 13th century.

The local name of 'Vicar's House' originates from the building's later use as a parsonage, when it became the official residence for the rector or resident curate of Portland's parish church, St Andrew's. Although the time of its conversion is uncertain, it may have been before or during King Henry VIII's Dissolution of the Monasteries (1536-1541). The English poet and antiquarian John Leland, who visited Portland in circa 1540 as part of his travels across the country, described the building as a parsonage. He wrote: "The personage sette in the high streat is the best building in the isle". Reverend John Hutchins, a county historian of Dorset in the 18th century, noted that the then-surviving ruins suggested it had once been a "large, ancient and stately pile of building".

Although their construction date is also unknown, it was recorded in 1626 that the Vicar's House had two tithe barns belonging to it. Such barns were built across Northern Europe since the Middle Ages to store tithes (tithe is Old English for 'tenth'). Rectors across England were entitled to receive one tenth of produce from local farmers, which was given as a contribution towards the Church and support of the rector.

Vicar's House was destroyed and left as a ruin during the Civil War of 1642-1646. Although Portland largely remained in the hands of Royalists, the Parliamentarians took control of the island and Portland Castle in 1643. At the time, the Rector of Portland and Wyke Regis was Dr. Humphrey Henchman and his allegiance to the Royalists resulted in the Parliamentarians expelling him from his benefice. The Parliamentarians ordered that the Vicar's House, which was Humphrey's residence, be destroyed. After the war, it remained a ruin, largely of gable ends and walls, and was never rebuilt.

The English antiquarian Francis Grose, in his book The Antiquities of England and Wales (1773-87), named the building 'Vicar's Chapel'. He commented: "It is pretended to have been the Parsonage House; and although the living is a rectory, is vulgarly called the Vicarage House. The inhabitants know little about it, but have a tradition that it was a fine place, demolished in the last civil wars. From the form of what remains of this edifice, it is more than probable, it was an oratory or small chapel, and as such might be a particular object of the rage of the Puritans." Later in 1784, it was recorded that only one of the tithe barns survived and this was demolished in the mid-19th century.

After becoming a ruin, portions of the Vicar's House were removed and used as building material elsewhere. In 1859, the ruin was recorded as being made up of "bare and ruined walls; its floor is matted with verdure, and its roof is the blue vault of heaven". As the structure continued to decline without preservation, the Portland Year Book of 1905 recorded that "it is greatly to be regretted that no attempt was made to preserve this interesting ruin".

In 1916, Mr. Henry Sansom purchased the ruins and surrounding land at an auction associated with Pennsylvania Castle. Later that year, the Dorset Field Club in Dorchester called for the protection of the ruins against nearby quarrying activity at Wakeham Quarries. The club approached Mr. Sansom, who agreed to "give the matter his personal attention". Despite this, the final remains would be destroyed by quarrying activity in 1917.

By the mid-20th century, the site of the building had become open space enclosed within a drystone wall, with the adjacent land to the south-west in use as allotments. The two areas were accessed by a rough track leading from Wakeham's road. In a 1955 field investigation report, it was recorded that no features of the building survived. The land was later developed with the construction of a terrace of houses in the 1990s. Today the approximate site of the Vicar's House is positioned on the northern edge of the terrace, a short distance south of the former line of the Easton & Church Hope Railway. 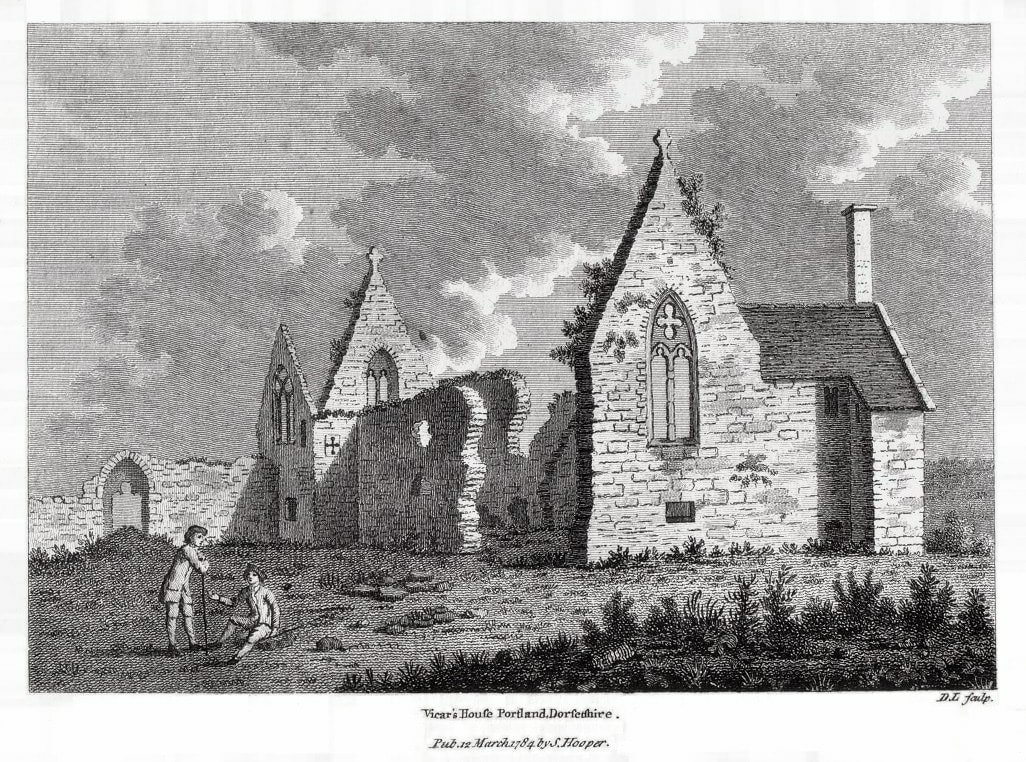 The ruins of Vicar's House, as it appeared in Francis Grose's 1784 book "The Antiquities of England and Wales". 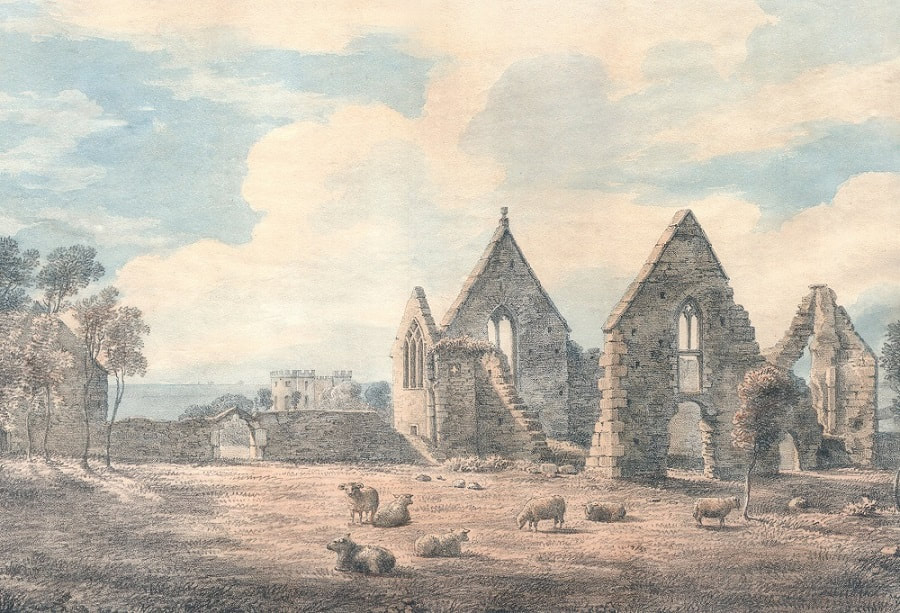 "The ruins of the old parsonage" as painted by John Upham in 1805. Pennsylvania Castle can be seen in the background. This lithograph of the painting was drawn on stone and printed by Charles Hullmandel sometime in the first half of the 19th century. 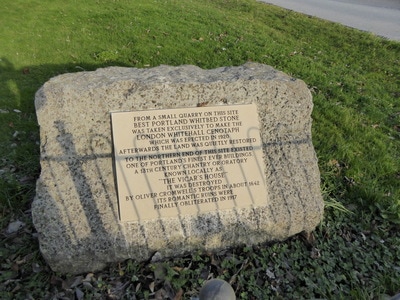 This plaque found at the bottom of Wakeham commemorates a former quarry which supplied the stone for the Cenotaph in London, as well as the now-destroyed Vicar's House.