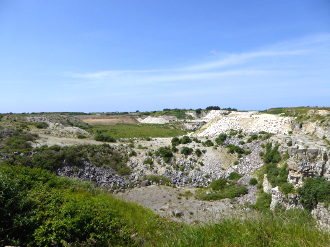 Yeolands Quarry is a partially-active stone quarry of 20th century origin on the eastern side of Portland, east of Easton and south of Grove. The quarry is one of the largest on Portland at 120 feet deep (37 metres) and 300 feet wide (91 metres). While most of Yeolands is now disused for the extraction of stone, the north and north-west regions are still in use, connected to the adjoining Broadcroft Quarry, including an area used as a landfill site.

Yeolands Quarry was the original planned setting for Jurassica, a subterranean geological park and visitor attraction based on the Jurassic Coast and prehistoric world. In 2017, it was announced that Jurassica would join forces with the planned MEMO Project to form the attraction The Journey, based in the mines of Bowers Quarry instead.

Background
Into the late 19th century, quarrying to the south of Grove Road was limited, with only select areas being used for small-scale quarrying. However, by the beginning of the 20th century, quarrying had expanded to form Long Acre Quarries and France Quarries to the south-west of Grove. With the continuing expansion of Long Acre, Broadcroft originated to the east in the 1910s/20s, along with Silklake to the south, near Wakeham. Meanwhile, the majority of the land that became Yeolands Quarry was open fields, with a large plot being established as a sports ground around this time. Long Acre became disused during the mid-20th century, while both Broadcroft and Silklake saw considerable expansion. Yeolands Quarries was also established to the east, and by the 1970s, it had grown to incorporate the adjacent sports ground.

Yeolands Quarry largely became redundant in the 21st century for stone extraction. By the late 1980s, a large central area of the quarry had become disused and developed its own established ecosystem, including small ponds, which supported a wide range of wildlife. However, this was destroyed during the 2000s when the area began being used as a landfill site for the dumping of overburden. Today, some areas of the quarry have been reclaimed by nature, while the north and north-west regions are still in use. Some areas of the quarry are also used by Portland Stone Limited to provide aggregate.

The quarry received national attention in April 1999 after a man fell 60 feet from the clifftop into the quarry. He remained at the site for ten hours before he was found suffering from hypothermia. The man survived and recovered in hospital.

In late 2013, plans were revealed for the £85-90 million project Jurassica, which was planned to be set within Yeolands Quarry. The idea for the project originated with the science journalist Michael Hanlon. Inspired by the Eden Project, Jurassica envisaged the transformation of the quarry into a visitor attraction showcasing hundreds of world-class paleontological remains. The original plans had the attraction at approximately a third of the size of the Millennium Dome. The site was to have been covered with a translucent, domed glass and steel roof spanning 350ft, which was described as a "unique, lightweight translucent roof, much like a spider web, that will be almost invisible from outside".

The project received both local and national support. Naturalist and broadcaster Sir David Attenborough became a patron, along with trustee Sir Tim Smit, the creator of the Eden Project. Later in October 2017, following the death of Hanlon in 2016, it was announced that Jurassica would join forces with the MEMO Project, another planned attraction for Portland, to form an attraction called The Journey, based in the mines of Bowers Quarry instead. 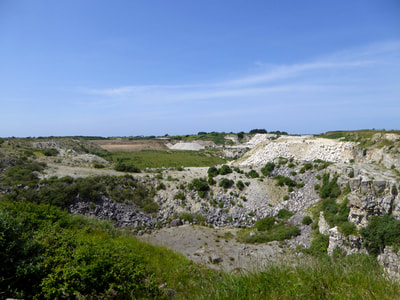 Yeolands Quarry is situated on the eastern side of Portland. 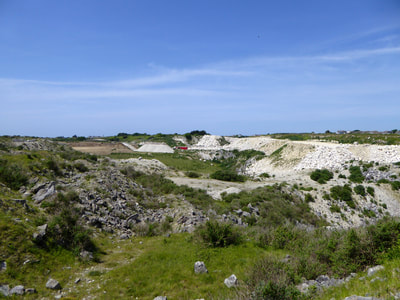 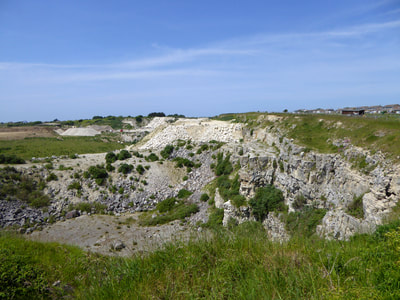 Much of the eastern area is being reclaimed by nature, while the western area is still in use in connection with the adjoining Broadcroft Quarry. 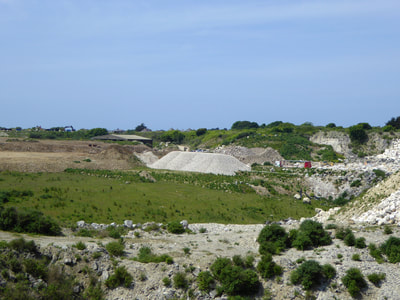 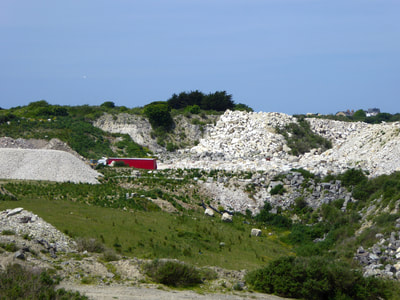